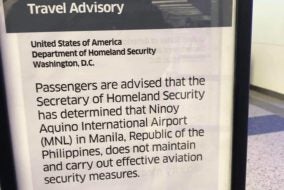 DHS travel advisory to the Philippines posted at U.S. airports.

WASHINGTON, DC — Aviation security at Ninoy Aquino International Airport (MNL) does not maintain and carry out effective security consistent with the security standards established by the International Civil Aviation Organization (ICAO), the Department of Homeland Security (DHS) has announced.

This finding was based on assessments by a team of security experts from the Transportation Security Administration (TSA). NAIA serves as a last-point-of-departure airport for flights to the United States.

DHS has directed airlines issuing tickets for travel between the United States and Manila to notify passengers in writing of this determination. 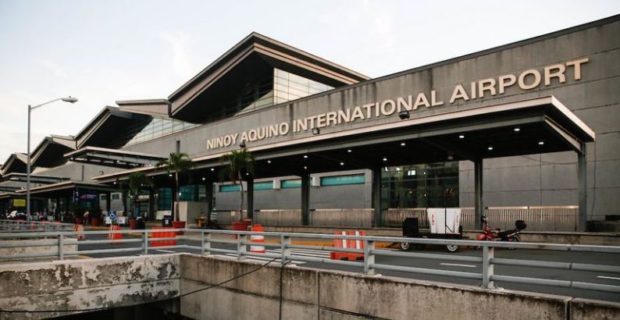 NAIA aviation security was deemed wanting by the US TSA.

The DHS Secretary has also directed this advisory be displayed prominently at all U.S. airports that provide regularly scheduled service to Manila and that it be published in the Federal Register, pursuant to sections 114 and 44907 of Title 49 of the United States Code.

Under section 44907 of Title 49 of the United States Code, DHS is charged with the responsibility of assessing security at foreign airports with direct service to the United States to ensure they meet international standards as set by ICAO.