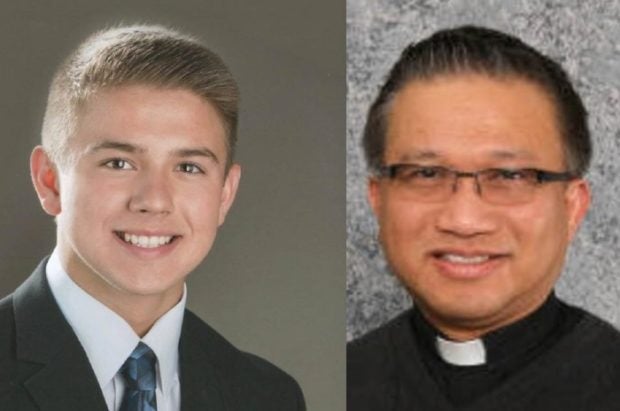 DETROIT–The family of a teenager who committed suicide wants a Filipino priest to be removed from his post in Monroe County, Michigan, after he delivered a sermon calling taking one’s own life immoral.

Maison Hullibarger, 18, killed himself on Dec. 4. His Catholic parents were shocked when Father Don LaCuesta, a Filipino priest, mentioned suicide six times. “We wanted him to celebrate how Maison lived, not how he died,” his mother Linda tells the Detroit Free Press.

“He was calling our son a sinner,” Maison’s father, Jeffrey, told ClickonDetroit. “He wondered if there was enough repentance on our son’s part so that he would make it into heaven.” Jeffrey even told the priest to stop, but LaCuesta continued and was banned by family from the gravesite burial.

The Hullibargers want LaCuesta removed from his post, but the Archdiocese of Detroit only banned him from delivering future sermons, stating that the priest is “willing to accept the assistance he needs in order to become a more effective minister in these difficult situations.” But the family fears he will hurt other families in the future.

After the Second Vatican Council, the Catholic Church took a more lenient stance on the morality of suicide, according to the Washington Post.