SAN FRANCISCO — In her annual meeting with journalists, California’s Chief Justice Tani Cantil-Sakauyesaid President Donald Trump’s attacks on federal judges who rule against him are damaging the rule of law.

Trump has called a Republican judge who ruled against his travel ban as a “so-called judge,” denounced the Ninth U.S. Circuit Court of Appeals as “hostile” and “in chaos” for rulings on immigration and other issues, and labeled a U.S.-born Hispanic judge as a “Mexican” who was biased against him. 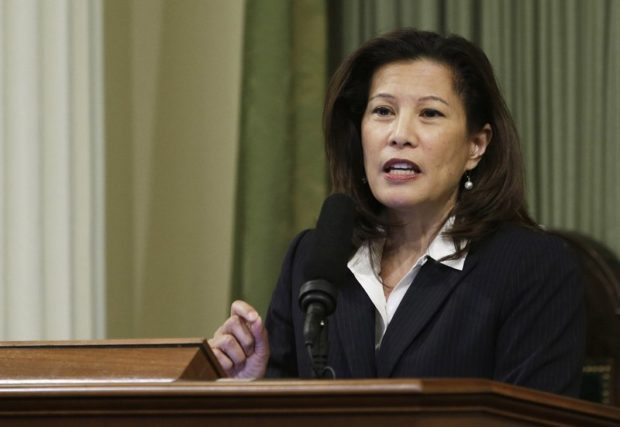 California’s Chief Justice Tani Cantil-Sakauye told reporters that President Trump’s attacks on judges who rule against him are damaging the rule of law. AP PHOTO

A report by the San Francisco Chronicle said Cantil-Sakauye called such attacks as “doing damage, short-term and long-term, to courts, to the rule of law.” The chief justice is a Filipino American appointee of Republican Gov. Arnold Schwarzenegger.

She also reportedly agreed with Supreme Court Chief Justice John Roberts’ statement, in response to Trump’s attacks on judges, that ‘We do not have Obama judges or Trump judges, Bush judges or Clinton judges,’ but simply “an extraordinary group of dedicated judges.

“We as a branch (of government) need to defend our own,” Cantil-Sakauye said. The best way to do that, she said, is to promote civics education and “invite the public into our courtrooms.”

The chief justice also praised California Governor Jerry Brown’s more than 600 judicial appointments since 2011 as “fantastic.” More than half have been women, about 40 percent are non-white, and most come from “a whole new generation” in attitude as well as age, she said.

Instead of the “tough-on-crime” stance stressed by previous governors, Cantil-Sakauye said, Brown’s appointees seem more concerned about such issues as climate change and gun violence, seeming to fit the “philosophy of California,” which she described as “people-centric” and “underdog-centric.”