A growing list: Trump associates who have pleaded guilty 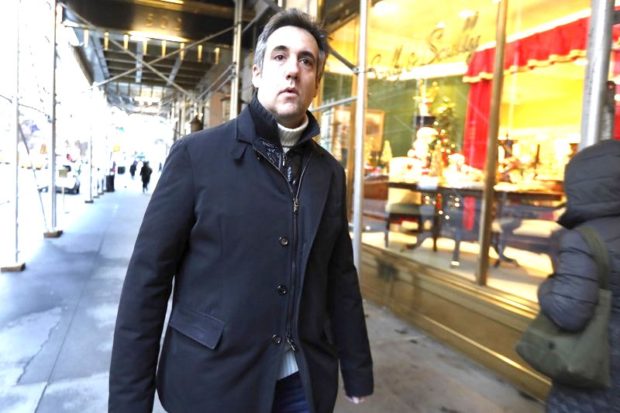 Michael Cohen pleaded guilty in federal court in New York to lying to Congress about his work on a possible Trump real estate project in Moscow in a case brought by special counsel Robert Mueller’s office. AP PHOTO

WASHINGTON— Five people in President Donald Trump’s orbit have pleaded guilty to federal charges. Prosecutors in Washington and New York are investigating whether the Trump campaign coordinated with the Kremlin in the 2016 election and whether Trump directed an illegal hush-money scheme to silence women who said they had sex with him.

A look at those cases:

Cohen pleaded guilty in federal court in New York to lying to Congress about his work on a possible Trump real estate project in Moscow in a case brought by special counsel Robert Mueller’s office.

Cohen — who for more than a decade was a key power player in the Trump Organization and a fixture in Trump’s political life — said he did so to be consistent with Trump’s “political messaging.” Court documents show Cohen is cooperating with Mueller and has met with his team seven times.

Prosecutors also have asserted that Cohen committed campaign finance violations “in coordination with and at the direction of” Trump. It’s the first time they have directly tied Trump to a federal crime.

Justice Department legal opinions have found that a sitting president cannot be prosecuted, making the next steps unclear.

That case was brought by prosecutors in Manhattan and is separate from Mueller’s investigation.

Cohen’s sentencing is scheduled for Dec. 12. 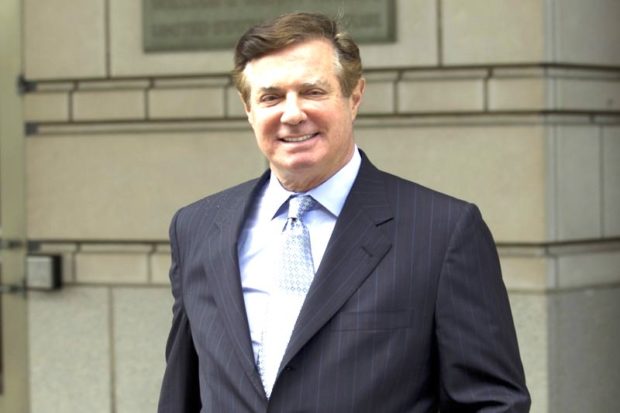 Manafort cut a deal with prosecutors in September and pleaded guilty to conspiracy against the United States and conspiracy to obstruct justice. That plea deal headed off a second trial on charges tied to Ukrainian political consulting work.

As part of the agreement, Manafort agreed to cooperate with Mueller’s team “fully, truthfully, completely, and forthrightly.”

But the special counsel’s office accused him last week of violating the agreement by repeatedly lying to investigators. That could expose Manafort to a lengthier sentence and potentially additional criminal charges.

Manafort was separately convicted last summer of eight felony counts related to millions of dollars he hid from the IRS in offshore accounts. The charges are all unrelated to Trump’s campaign.

Trump has distanced himself from Manafort, who led his presidential campaign from May 2016 to August 2016. On Thursday, Trump said it was “very sad” what has happened to Manafort, adding that he’s “never seen anybody treated so poorly.”

Trump said in an interview with the New York Post earlier this week that a potential pardon for Manafort is “not off the table.” 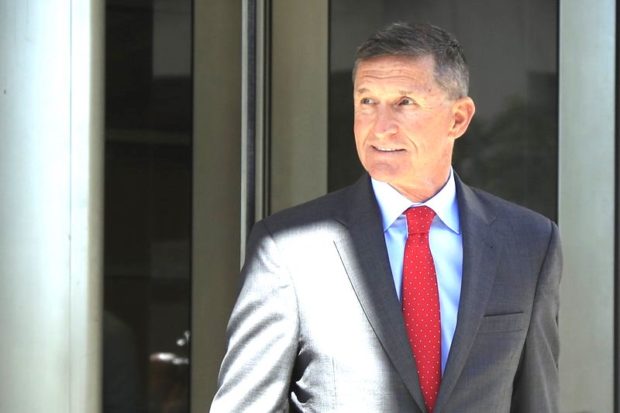 Trump’s former national security adviser, a retired Army lieutenant general who had led the Defense Intelligence Agency, was the first White House official charged in Mueller’s probe. His plea last December to one count of lying to the FBI requires Flynn to cooperate with prosecutors.

In August, the special counsel’s office said Flynn was still not ready to be sentenced, a sign that he is still cooperating.

Flynn was a national security surrogate during the later parts of the campaign. He was charged with lying about conversations with a Russian ambassador during the transition. Gates, Manafort’s longtime business associate and a former Trump campaign adviser, pleaded guilty in February to federal conspiracy and false-statements charges, saying then he would help Mueller’s investigation in “any and all matters.”

Gates later turned against his former colleague, spending three days on the stand in Manafort’s Virginia trial. He told jurors how he committed crimes alongside Manafort for years and admitted doctoring documents, falsifying information and creating fake loans to lower his former boss’ tax bill. He also acknowledged stealing hundreds of thousands of dollars without Manafort’s knowledge by filing fake expense reports.

George Papadopoulos, who served as a foreign policy adviser to the Trump campaign, was sentenced in September to 14 days in prison for lying to the FBI about his contacts with Russian intermediaries.

Papadopoulos was the first campaign aide sentenced in Mueller’s investigation, and he was also the person who triggered the initial Russia investigation two years ago. Memos written by House Republicans and Democrats, now declassified, show that information about Papadopoulos’ contacts with Russian intermediaries triggered the FBI’s counterintelligence investigation in July 2016 into potential coordination between Russia and the Trump campaign. That probe was later taken over by Mueller.

The White House has said that Papadopoulos was a low-level volunteer on the campaign.

At his sentencing hearing, Papadopoulos told the judge that he was “deeply embarrassed and ashamed” for lying. Prosecutor Andrew Goldstein said Papadopoulos’ cooperation “didn’t come close to the standard of substantial assistance.”

Papadopoulos was released from a federal prison in Wisconsin last week.