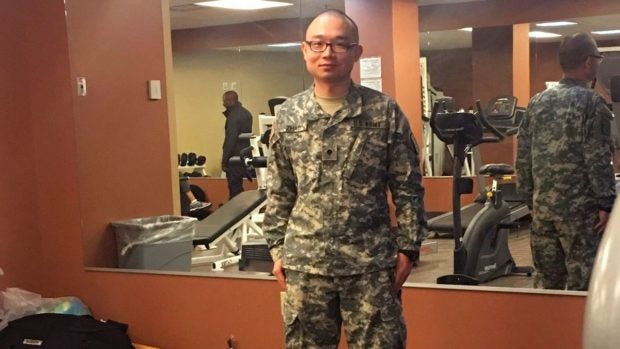 A new federal court order suspends a Trump administration policy that called for lengthy background checks on immigrants before they can start basic training. AP PHOTO

LOS ANGELES — The Pentagon will be sending backlogs of green card holders in the military services to basic recruit training in order to comply with a new federal court order.  The new order suspends a Trump administration policy that called for lengthy background checks on immigrants looking to serve.

Green card holders come from countries with which the U.S. has had friendly ties with; the Philippines provides the largest number of legal permanent residents in the nation. According to data obtained by the Washington Post, about 656 green card holders waiting to attend Navy boot camp are from the Philippines. A significant number of immigrant recruits also come from China, Jamaica, Nigeria and Mexico.

The Post reported Pentagon officials saying that roughly 18,000 U.S. troops were green card holders at the start of the Trump administration.  Waiting to start basic training are over 2,800 green card holders.

The said it would now follow a preliminary injunction that was filed in federal court last month in the District Court for the Northern District of California.

The November 30 memo by Judge Jon S. Tigar requires the military services to return to the policy in which green card holders were allowed to attend basic training while background checks were still pending. 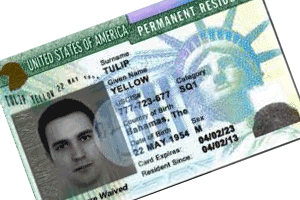 Lawful permanent resident recruits challenged the Trump administration’s October 2017 rule change, arguing that the policy was unfair in that it did not apply to U.S. citizens.

Tigar, in his November 16 order, said that the Department of Defense failed in providing evidence that lawful permanent residents were of a greater risk than U.S. citizens.

“If there was no evidence that [lawful permanent residents] posed a greater risk, this policy change is by definition arbitrary and capricious,” said Tigar.

In a statement made Monday, Dec. 3, Pentagon spokesperson Lt. Col. Carla Gleason said that lawful permanent resident recruits were slated to be assigned to initial entry training “in the same manner as any other recruits, based on the availability of training slots, open class dates, career field quotas, and recruit preferences, all of which may affect a particular individual’s ship date.”

“Pursuant to an implementation memorandum signed on November 30, the Services have been directed to implement the order, and they have begun the process of doing so,” said Gleason.

Fought for by the American Civil Liberties Union and lawyers of prospective enlistees from China and Jamaica, the injunction brings easement to thousands of potential troops who have hoped to join in service for self-improvement and critical skills, or as a path to U.S. citizenship.

According to the judge’s ruling on the federal case, approximately 5,000 legal permanent residents enlist in the U.S. military every year.