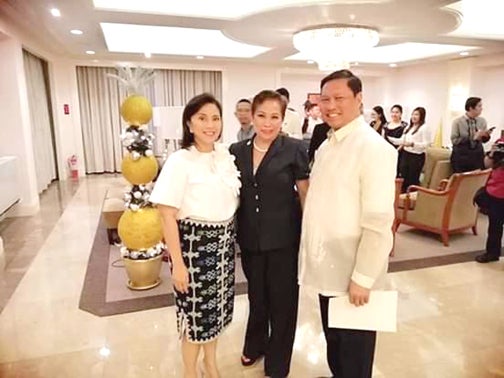 Roger Santos of Couples for Christ New Jersey was elected president by the Board of Directors.Santos will also be ANCOP USA’s Chief Executive Officer for the next two years.

Eric Villanueva, outgoing president of the non-profit organization with chapters in 42 States of the U.S., announced the succession.

“I thank and praise God for this new responsibility to our members and supporters. I need everyone’s support. All for His Glory! All for the benefit of the poor, whom Jesus was referring to when He said that Faith without action is dead faith,” said Santos as he accepted his new post.

ANCOP USA is the action for the poor ministry of the Catholic-based Couples for Christ (CFC USA).

In a mass e-mail on Nov. 17, 2018 to ANCOP members, Villanueva said, “Today marks a new beginning for our work for the poor ministry.  Join me in congratulating Bro. Roger Santos, our new ANCOP USA President! Exciting times lie ahead for the ministry and I would like to request for all of us to pray for Bro. Roger as he leads ANCOP USA to its next stages of growth.”

Santos announced that the ANCOP USA motto for the next two years will be “Working together and building partnerships for the poor.”

Santos will begin his term with functional partnership with the Philippine Office of the Vice President’s (Leni Robredo) ANGAT BUHAY project.