Philadelphia foodies get a ‘Taste of the Philippines’

LocaLucho Latino Kitchen’s Chicken Adobo with Garlic Rice and Gandules was one of the biggest hits during the Taste of the Philippines. CONTRIBUTED

PHILADELPHIA – A bigger and more bustling “Taste of the Philippines” returned to the Reading Terminal Market for the second year on Nov. 11, showcasing the best of Filipino cuisine in the iconic food hall in the center of downtown Philadelphia.

More than a thousand guests registered for the event and started lining up for the festival way before the doors opened. 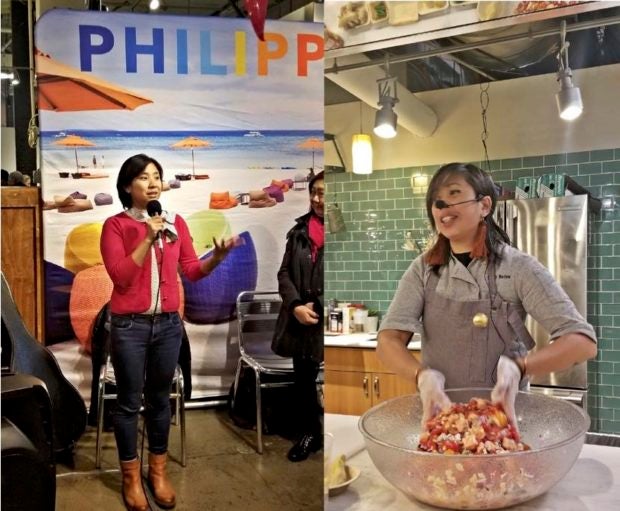 PACC President Rommel Rivera welcomed the guests, noting that Taste of the Philippines is the centerpiece event of PACC-PA & SNJ.

Consul Khrystina Corpuz Popov congratulated the PACC-PA and SNJ for a successful event, and thanked the host, Reading Terminal Market.

Tourism Representative Susan Del Mundo exhorted the attendees that after having a taste of the Philippine flavors, they should also experience more of what the Philippines has to offer – some of the best islands in the world.