Lawyer-author wary of return of Marcos-style spying on Filipinos in U.S.

Lawyer-author wary of return of Marcos-style spying on Filipinos in U.S. 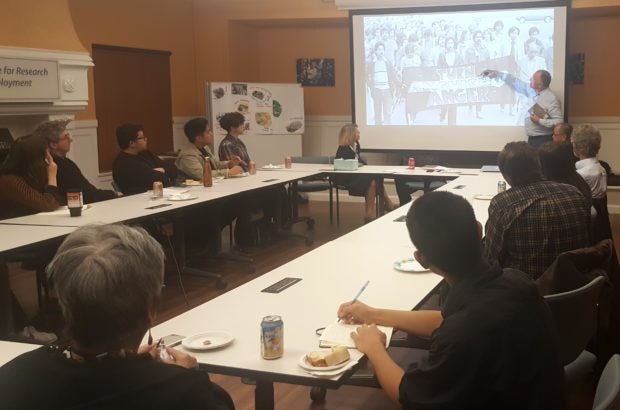 Withey responds to a query from the audience on the FBI’s alleged involvement in the Domingo-Viernes murders. INQUIRER/Jun Nucum

BERKELEY, California — The Seattle lawyer who sued the FBI for allegedly withholding documents to help cover up the 1981 murders of militant Filipino American Marcos critics added his voice against the opening of the Philippine National Police’s Global Police Community Relations Program (GPCRP) in the United States.

Michael Withey, author of newly published “Summary Execution: The Seattle Assassinations of Silme Domingo and Gene Viernes” (WildBlue Press 2018), recalled the virtual extension of Marcos authoritarian repression to Filipino communities in the U.S., which led to the murders of the two Seattle union leaders.

Withey expressed his sentiments in a book forum at University of California Berkeley Labor Center on Nov. 13.

In an interview after the forum, Withey made it clear that that he and associates would not stand for having the PNP putting its agents in the Philippine consulates in the U.S.

“So, there is an important lesson that we cannot trust our government agencies to really protect us against foreign intelligence agents bent on harassment and intimidation as in the case of the Seattle double murder.” 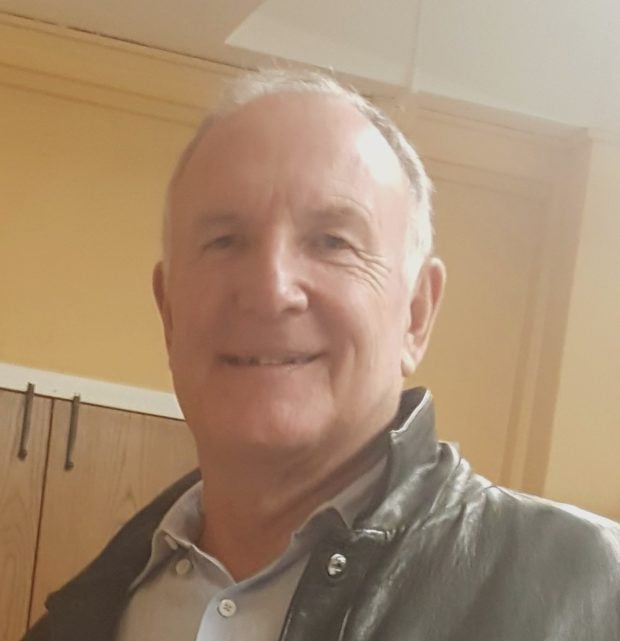 Among those that also earlier voiced out grave concerns on the PNP presence in the Philippine Consulates in the U.S. through GPCRP were the members of the Filipino American Human Rights Advocates (FAHRA) and MALAYA, a U.S.-based alliance against killings and dictatorship and for democracy in the Philippines.

Withey and filmmaker Sharon Maeda sued the FBI on Nov. 9, 2018 after Withey discovered through his own research of more than three decades and FBI records that surprise defendants’ witness LeVane Forsythe was an FBI informant with a specific identification number.

In the complaint against the FBI, Withey wonders how Forsythe happened to be at the scene of the murders — whether it was tied to work for the FBI, and whether bureau operatives had prior knowledge of the planned assault.

Forsythe, now deceased, allegedly attempted to derail the murder trial by testifying for the criminal defendants in saying he was present near the murder scene and saw someone else other than the defendants Jimmy Ramil and Ben Guloy, members of a Filipino gang that ran gambling operations in the canneries, leaving the crime scene. 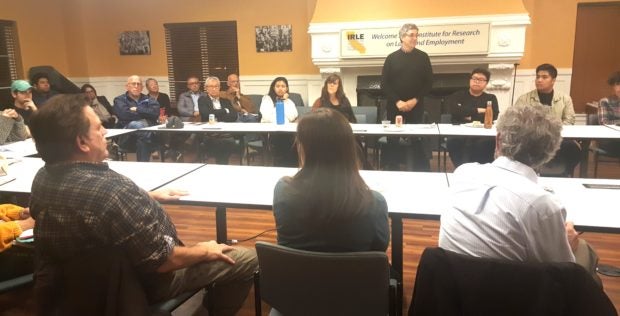 Forum participants giving their thoughts on the newly-filed suit against the FBI and on current political situation in the Philippines.

The fatal shootings of Domingo and Viernes happened at the Pioneer Square headquarters of the International Longshoremen’s and Warehousemen’s Union (ILWU) Cannery Workers Local 37 on June 1, 1981.

Suspects Ramil and Guloy were convicted of the murders while the union local’s president Tony Baruso, a town mate of then-President Ferdinand Marcos, was also later convicted as principal conspirator and died in prison. Baruso was proven to have provided the payoff to gunmen from an intelligence slush fund held by a Marcos loyalist in San Francisco.

Withey and Maeda’s complaint alleges that the FBI in 1973-1982 was conducting a “foreign counter-intelligence operation” against the Katipunan ng mga Demokratikong Pilipino (KDP) (Union of Democratic Filipinos), the anti-Marcos organization led by Domingo and Viernes in Seattle. Domingo’s name and activities are referred to at least eight times in this investigation.

After the criminal trial, the celebrated Domingo v. Marcos civil suit went to trial in Nov. 1989, and a federal court jury found former Philippine dictator Ferdinand Marcos liable for the murders and awarded $15.1 million in damages to the estates of the slain men.

In the same interview, Withey also shared that it took a long time to file a case against the FBI because when they were busy with the case against Marcos, “we were misled that we cannot do anything with the U.S. government they will be dismissed from the case.”

“So, it was not until I was writing the book that I realized that there was a piece of evidence that we have not gotten yet and that is the FBI role in the murders and in the cover-up. That is why I filed a freedom of information act request to get that evidence so we can bring it on and bring to life,” Withey added. “Besides, I could not write and do a research for the book until I have retired from practicing law.”

He added: “What we are trying to do is put pressure on the government to release these files so we can get to see all the evidence and not stop they redact, they block out the names of the FBI agents. We want to know the names of these agents who were involved in sending the informant on the scene of the murders,” concluded Withey who also is gathering signatures to demand:

UC Berkeley graduate student for city planning Amiel Atanacio said the discussion demonstrated how far the arms of authoritarianism can reach, in the light of the killing of journalist Jamal Khashoggi inside the Saudi Arabian consulate in Turkey.

“The Domingo-Viernes murders happened way back in the 1980s arguably at the height of Marcos’ power. So, it is an important piece of history to remind us about things to keep in mind what the current situation back home is especially with Duterte in power and the rise of authoritarianism with the moves of the Philippine National Police to reintroduce tactics that were used during the Marcos regime, like expanding out the consulate with police community engagement offices. It is very reminiscent of the Marcos period,” Atanacio noted. National Network for Immigrant and Refugee Rights executive director Catherine Tactaquin was involved with the anti-Marcos organization of Domingo and Viernes in Seattle at the time of the double murder. INQUIRER/Jun Nucum

Atanacio emphasized that, as a millennial, It is really important for hime to know Philippine history because the impact of Marcos and the ramifications of his rule are still being felt today.

“There are warning signs with Duterte and there are lingering things in Philippine history that continue to reinforce the same problems, politically and economically. I feel like that if we are not able to dismantle these it would be hard to move forward,” said Atanacio, whose parents were in college during Marcos’ time, were present in EDSA in the 1986 People Power revolution and talked to him about their own experiences during that time.

National Network for Immigrant and Refugee Rights executive director Catherine Tactaquin, who was with the KDP emotionally recalled the murders.

“After the murders, I practically moved to Seattle to assist with organizing the community and also with the murder case. I actually stayed with Terry Mast, Domingo’s widow so I was very much involved during those early stages of the investigation and the trial.

Tactaquin said she was happy at the recent conviction of Imelda Marcos for graft and Withey’s filing of the lawsuit against the FBI: “I certainly think the truth is on our side although it is a major challenge of course to go up against the U.S. government. But as Mike Withey has said, the families of Gene and Silme are committed to justice.  It is the least that we can do in their honor and memory.”