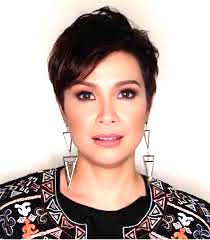 Salonga is known for her Tony Award winning role in “Miss Saigon,” critically acclaimed role as Eponine in “Les Misérables” and as Fantine in the show’s 2006 revival. Tickets for her 2019 tour are on-sale now at https://leasalonga.com/.

Salonga recently wrapped her role as “Erzulie,” the goddess of love, in the Broadway revival of “Once on This Island,” which won the 2018 Tony Award for Best Revival of a Musical. Following the show’s wildly successful run, she then traveled to Los Angeles for a three-night engagement as Grace Farrell in “Annie” at the famed concert venue, The Hollywood Bowl.

The Disney legend is known for her roles as the singing voices for Princess Jasmine in “Aladdin” and Fa Mulan in “Mulan” and “Mulan I” and is a judge on the Philippines hit version of “The Voice.” She has sold 19 million albums worldwide to date, making her one of the best-selling Filipina artists of all time.

In 2017, Salonga released her live album “Blurred Lines” which preceded a sold-out run at New York’s renowned Feinstein’s / 54Below.