How Fil-Am candidates fared in the U.S. midterms

LOS ANGELES — As the results of the 2018 midterm elections came in on Tuesday, Nov.6, a number of things quickly became apparent.  For one, voter turnout soared above previous years, especially among young voters and women.

When it came to the candidates, a record-breaking number of women, 116, including 42 women of colo won in their respective races. In the battle for Congress, Republicans retained the Senate, while Democrats won control of the House.

While a number of races have yet to be determined, results have come in for the nation’s Fil-Am candidates, which included six who ran for Congress.  Here’s a rundown on how the candidates did.

Fil-Ams take losses in Congress, as Ortiz-Jones fights on in very close race 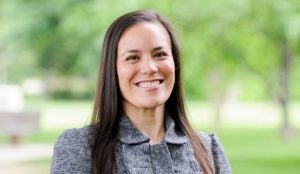 Vying for a congressional seat in California’s 14th Congressional District, which covers most of San Mateo County, was Republican Cristina Osmeña whose great-grandfather, Sergio Osmeña, was the second president of the Philippines.  Running against Democrat Jackie Speier, Osmeña lost with 23.6 percent of the vote compared with Speier’s 76.4 percent.

Outside of California, Florida pediatrician and Democratic candidate Jennifer Zimmerman ran for Florida’s 1st Congressional District against Republican Matt Gaetz who won with 67.1 percent of the votes compared with Zimmerman’s 32.9 percent. 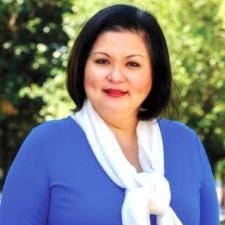 But perhaps one of the most closely watched congressional races in this year’s midterm elections was in Texas’ 23rd Congressional District, between Republican Will Hurd and Democrat Fil-Am Gina Ortiz-Jones.  While two-term-holding Hurd claimed victory, the results were still too close to call given the thin gap between Hurd’s and Ortiz-Jones’ numbers.

As of early Wednesday afternoon, Hurd was up less than one percent over U.S. Air Force veteran Ortiz-Jones (49.2 percent to 48.7 percent).  Her campaign said that not all ballots, such as provisional ballots, absentee ballots, have been counted.

“This election is not over—every vote matters and must be counted.  Gina’s campaign has been powered by grassroots energy from day one, and we won’t stop working until every provisional ballot, absentee ballot, and military or overseas ballot has been counted,” said a statement released by Ortiz-Jones’ camp.

If Ortiz-Jones wins, she would become the first female Fil-Am member of Congress, the first Iraq War veteran, and the first openly lesbian to hold a U.S. House seat in Texas.

Currently, only one serving member of Congress has Filipino ancestry, and as of Tuesday, Bobby Scott retained his seat.  Scott, whose maternal grandfather is of Filipino ancestry, ran unopposed in Virginia’s 3rd Congressional District and easily won re-election.

In key local races, some Fil-Ams were seen as winners due to very healthy leads in their races, while others were still in the mix with mail-in ballots still to be counted. (Note: The Asian Journal got information from the counties’ different election sites, with the results of the counting of votes from precincts. These numbers, and some of the results, may change in the days and weeks ahead.)

As of press time, State Assembly member Rob Bonta of the 18th District, the first Filipino American elected to California’s State Assembly, looks headed for reelection. He had garnered 59,953 votes, or nearly 87 percent of votes cast, over his challenger, Republican Stephen Slauson, who had 9,004 votes.

In Daly City, which is home to a huge Filipino American population, current Councilmember Ray Buenaventura led in the polls, having garnered 6,051 of votes cast (31.4 percent). The other three candidates were separated by hundreds of votes, namely Pamela DiGiovanni (4,814 votes), Gabriella Makstman (4,238 votes) and Rod Daus-Magbual (4,156 votes). There were only three slots open in the city council.

In the town of Colma, Joanne del Rosario, currently the vice mayor, was re-elected to the city council, along with Helen Fisicaro, herself running for reelection. Del Rosario garnered 119 votes, or 50.6 percent of total votes cast.

Fil-Ams Flor Nicolas and Mark Nagales are currently in the top three in the race for South San Francisco’s three city council slots, along with councilmember Mark Addiego who was running for reelection. Nicolas, a resident of South San Francisco for over 30 years, and has a chemical engineering degree from Mapua Institute of Technology and a Master of Public health from the University of Massachusetts Amherst, had garnered 3,067 votes (18.4%). Nagales, also a resident of the city for more than 30 years and a congressional aide to Congresswoman Jackie Speier for 10 years, had 3,026 votes (18.2%). Nipping at their heels is Pradeep Gupta who had 2,855 votes, or 17.1% of total votes cast. There are only three vacant slots in the city council in South San Francisco.

In the Jefferson Elementary School District, Maybelle Manio, a graduate of San Francisco State University, was reelected to the Governing Board, along with Marie Brizuela and Clayton Koo. Manio garnered 4,106 votes, or 26.5 percent of total votes cast.

Dianne Martinez, the first Fil-Am elected to the city council of Emeryville and who was running for re-election, led candidates for the city’s two open city council slots. She had 1,471 votes, or 49 percent of votes cast.

Emeryville’s neighboring city, Oakland, will have a Fil-Am for City Councilmember for District 2 in Nikki Fortunato Bas, whose parents are both immigrants from the Philippines and who is slated to become Oakland’s first Filipina American councilmember. Fortunato Bas had garnered 4,049 votes (or 51.04% of votes cast) to lead incumbent Abel Guillén, who had 3,365 votes (or 42.42% of votes cast). [According to San Jose Mercury News, Fortunato Bas has been declared the winner as she received a majority in the first round in the city’s ranked choice system.]

Marlo Rodriguez, a city council candidate for District 6 in Oakland, was unsuccessful in her bid, garnering 490 votes, or 8.5 percent of votes cast. Rodriguez finished last among the five candidates vying for the seat.

In Union City, Pat Gacoscos, who was running for reelection as councilmember, was among the top three vote-getters in the race for the city’s three city council slots. She had garnered 2,777 votes, or 13.65 percent of the votes cast.

In Yolo County, it looks like Christopher Cabaldon gets another term as Mayor of West Sacramento. Cabaldon currently has 5,187 votes (52.8 percent), with challengers Joe Deanda and Esther Moskalets getting 3,969 votes (40.4 percent) and 666 votes (6.8 percent), respectively.

Marico Sayoc is among the three top vote-getters for the Town of Los Gatos’ three city council seats. The former mayor of Los Gatos has garnered 4,314 votes so far, or about 27.4 percent of votes cast and currently sits in second place.

Jose Esteves’ bid for another turn as Mayor of Milpitas will not be successful this time around. Esteves currently trails current Mayor Rich Tran, garnering 2,210 votes to Tran’s 3,834 votes. The race for city council is very close to call, with Fil-Am Gary Barbadillo (2,285 votes) trailing Carmen Montano (2,630 votes) and Karina Dominguez (2,436 votes) for the two open city council slots.

Thelma Boac currently sits in the top three for the race for the Berryessa Union School District’s Governing Board Members. Boac sits in the second spot, with 4,675 votes or nearly 23 percent of votes cast. There are three spots in the governing board up for grabs in the BUSD.

In El Cerrito, councilmember Gabriel Quinto was successful in his reelection bid, garnering 4,729 votes, or about 51 percent of the votes cast.

About 17 miles north of El Cerrito, Jesus Malgapo trails Hakeem Brown, Katy Miessner and Pippin Dew for the three city council slots for the City of Vallejo. Malgapo currently has 13,305 votes (19.86 percent), and trails third-placer Dew by about 407 votes.

Tony Ubalde is currently in the top three for the Vallejo City Unified School District race, with three slots being contested by eight candidates. Ubalde sits on the third spot with 11,616 votes (15.94 percent), some 654 votes ahead of fourth-placer Christy Gardner. Another Fil-Am, Ruscal Cayangyang, is in fifth with 10,407 votes (14.2 percent).

In Southern California where the Filipino population has been on the rise, at least 14 Fil-Ams sought local office positions.

In Artesia, Fil-Am Melissa Ramoso—who was the only female on the ballot list—took the third seat in the Artesia City Council with 20.04 percent of the total votes.  Leaving the council is four-year term Fil-Am Councilmember Victor Manalo who came in fourth with 18.01 percent of the votes.

In Fil-Am hub Carson, former Mayor Pro Tem Elito Santarina and new candidate Oz Buendia were unable to get seats.  With only two open seats, Santarina—who has 15-years in the city council—came in third with 16.02 percent of the votes.

Jed Leano held on to a seat on the Claremont City Council, as did half-Mexican Fil-Am Letty Lopez in nearby West Covina for the city’s council, and Tzeitel Paras-Caracci for city council in Duarte.

Down south in San Diego, Mark Bartlett hoped to be the first Filipino councilman in Chula Vista but missed narrowly behind incumbent John McCann.  Dita Delossantos Yamane came in third in her race for National City Mayor.