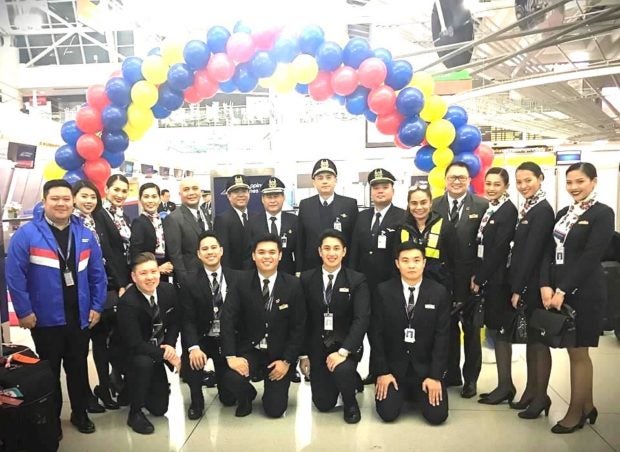 PAL New York officials led by Josh Vasquez (left) with the flight and cabin crew team before the departure of the maiden nonstop NYC – MNL flight at JFK airport. CONTRIBUTED

Rated a 4-Star carrier, PAL is the only airline that flies direct from New York to Manila in 16 hours. Filipinos in New York, New Jersey and Connecticut can now travel at much easier pace, avoiding the usual 22-hour long haul, and sit comfortably in a brand-new 295-seater Airbus A350-900. The Premium Economy class has 24 seats in a 2-4-2 configuration in an exclusive cabin. Seat pitch is at 38 inches and seat width is at 19 inches. Premium Economy seats – which have a recline of up to 8 inches – are equipped with leg rest and foot rest. CONTRIBUTED

PAL VP Sales Ryan Uy noted the brisk sales: “People want to experience this much-talked about A350 aircraft. They want to sample the spacious cabin designed for rest, relaxation, fine dining and wide choices of video entertainment. Now they can enjoy the A350 on a flight that takes them directly to the U.S. East Coast, with no more time-consuming stop-overs and no inconvenient transfer connections along the route. One take-off and one landing, and you’re in the Big Apple.”

Before the new PAL service, Manila-bound passengers had to go through intermediate stop-overs in Canada, the U.S. West Coast or airports in other Asian countries, usually by connecting from one flight to another.

Northeast Fil-Ams lauded the flight’s inauguration at a community gathering headed by Consul General Claro Cristobal, who is pleased that he can now fly direct from New York to Manila.

A generous sampling of the airline menu, consisting of arroz caldo and pansit, were prepared by Tsismis NYC Chef Jappy Diago Afzelius. Two premium economy seats were raffled away.

For business class passengers, there’s a roster of delicious meals. It includes Wolfgang’s specialty steak, featuring USDA Prime Black Angus beef that is dry-aged in its own especially-designed aging room, under controlled temperature and humidity for an average of 28 days. This painstaking process enhances the tenderness of the meat and ensures a juicy, full-bodied flavor. The new long-range A350 boasts outstanding characteristics. It can fly up to 8,000 nautical miles (14,800 km) and has a quieter cabin (up to 4 times less noise) making it the quietest twin-aisle aircraft to date. It has an all-new design and state of the art technology, with the aircraft’s advanced Rolls Royce Trent XWB engines producing unparalleled range and efficiency. 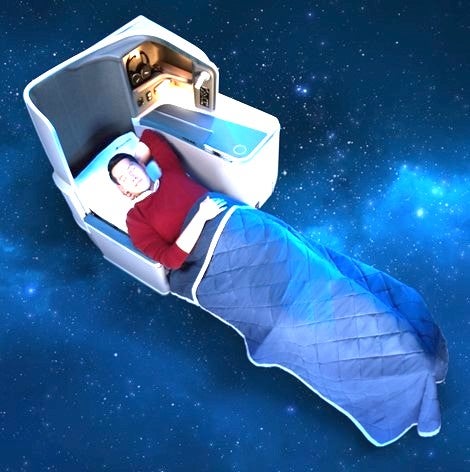 It has a light weight but very strong structure, which also costs significantly less to maintain: 70% of it is made of advanced material including 53% composite. It also offers Wi-Fi service for all passengers (subject to time and volume caps),with affordable renewal plans. It features special LED mood lighting, customized especially for PAL, giving passengers a more intimate in-flight experience that helps them adjust to time zone and day vs. night changes.

Meanwhile, Tourism Officer Luz Alquisola Navarro took the opportunity to promote the recently concluded Conde Nast magazine’s Best Islands in the World: Siargao, Palawan and Boracay, which recently reopened to the public after a massive clean-up.