America flips, but Trump is same-o, even worse

America flips, but Trump is same-o, even worse 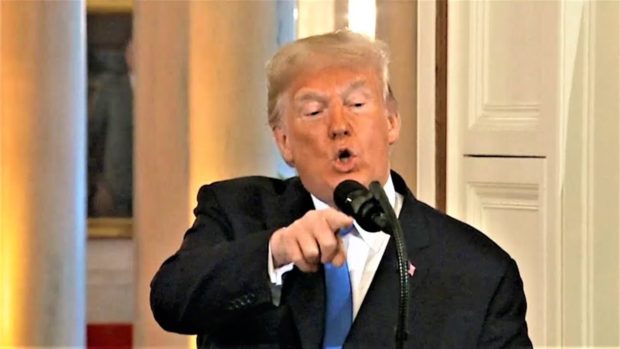 Trumpy Filipinos are just like Trump himself. They see what they will see.

On the day after one of the biggest turnouts ever for a U.S. midterm election, the president of the United States won’t let reality spoil his view of life through Trump-colored glasses.

He saw the 2018 midterms as a “tremendous success,” according to a tweet.

That’s where he was succinct.

But then he gave a news conference to let people know in person how he really feels.

Trump boldly stated, “I think people like me. I think the people like the job, I’m doing frankly.”

That’s even though exit polls showed these mid-term elections were really a referendum on Trump himself and his reckless style of blunt governing. Whatever attracted voters in 2016 was rejected by voters in states like Pennsylvania, Michigan and Wisconsin, which gave Trump his margin of victory in 2016. Those voters led an anti-Trump switch back to the Democrats throughout the nation.

Here’s how a normal objective person would see the mid-term elections of Tuesday night:

In a resounding rebuke of hot anti-immigrant rhetoric, a record number of voters returned the Democrats to power in the House of Representatives, flipping the required 23 Republican held seats, and adding perhaps as many as a dozen more as post-election counting continued.

It also saw that the anti-diversity tone of the president is a losing one. The first Muslim women, the first Native American women all won seat in the House.

But the victory was not total, as voters at the same time gave Republicans an even wider majority in the Senate.

So while the Senate, the presidency and the Supreme Court remain in Republican control, a real check on power was restored with the Democratic majority in the House.

After Tuesday, America stays divided, but in a new way, where the president nor the Republicans can no longer avoid the oversight scrutiny from powerless Democrats as they did in the first two years of the Trump presidency.

At his news conference on Wednesday, Trump was hardly holding out an olive branch. It was more like he was swinging a blunt stick, as he continued to insist what a good night he had.

“I’ll be honest,” Trump said. “I thought it was close to a complete victory.” And then, he implied the way things worked actually could be good for deal-making.

“I really believe we have a chance to get along well with the Democrats,” Trump said. “And if that’s the case we can do a tremendous amount of legislation and get it approved by both parties.”

But will the temperature be lowered in the name of bipartisan progress? 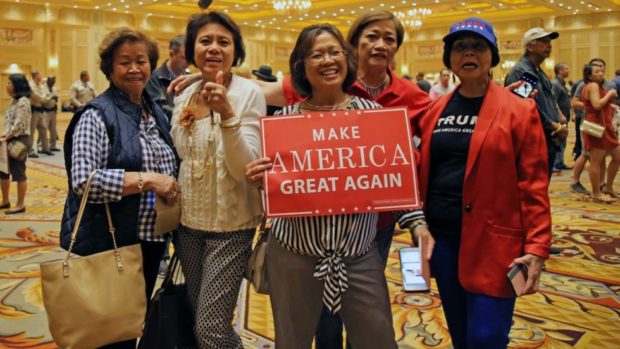 “I would love to see unity, and peace and love, and any other word you’d like to use,” said Trump. “And obviously I think we had to, especially at this juncture, wait until after the midterms were over, and now they’re over. If they would cover me fairly which they don’t, I’m not saying this in a hostile way, I get extremely inaccurate coverage, I could do something fantastic and they can make it look not good.”

The president rambled and repeated how he “would love to see unity.”

But it was also the very press conference where he personally berated a CNN reporter for being rude (Jim Acosta was aggressive, but not rude). We’ve e come to expect the unfair beat down of CNN from Trump. I didn’t expect to hear him go after an African American reporter from PBS for asking a question about Trump calling himself a nationalist, which the reporter said “emboldened white nationalists.”

The president was rude and interrupted the PBS reporter, calling it a racist question.

“That’s so insulting to me, that’s a very terrible thing you said,” Trump said.

Only it wasn’t insulting. It was fair. The reporter didn’t imply he was racist. It’s just that the president didn’t want to answer a tough question. So, he attacked the media and made himself into a victim.

Another reporter asked the president whether he’d change his tone. If he was serious about bipartisanship; especially after the divisive anti-immigrant tone he used in the final weeks of the campaign, could we see a softer Trump?

Trump said: “I would love to have, I’d be very good at a low tone. But when things are done not correctly about you, written about you, said about you, on television, or wherever it is, you have to defend yourself. I would love to do very even toned, much easier than what I have to do. I have to go around. Going around is much easier than facing somebody being treated unfairly. But when you’re not treated unfairly you really have no choice. I would love to have an even, modest boring tone, but you know what, when you have to fight, all the time fight because you’re being misrepresented by the media, you really can’t do that.”

That’s verbatim how the president sees it.

He still hates the media. And he apparently didn’t learn much after Tuesday night that finds him staring at a House of Representatives with subpoena power that it’s sure to use judiciously in oversight.

But it almost guarantees Trump is ready for fight against all comers not just in the coming year, but the next election. He did seem “warlike.”

As I filed this piece, came the stunning news. Trump had just fired his Attorney General Jeff Sessions, the man who oversees the Russia Probe by Special Counsel Robert Mueller of Donald Trump.

So much for a new day in American politics.

The president and the Republicans lose their iron grip on American politics, and the first act of Trump is to install a new boss for Robert Mueller.

The new guy is assistant Matthew Whitaker, who actually has made public statements agreeing with Trump that the Russian investigation is a witch hunt.

Should he be recusing himself? Of course. Is he? Of course not. And now we see that the reality of the end of one-party rule.

Trump only hinted at what was to come later in the afternoon after that midday press conference.

But he was asked about the probe and Mueller and would only say he wasn’t concerned about it because it was “a hoax.”

“I could have ended (the investigation) anytime,” the president said. “There’s no collusion.”

He even said he “could fire them everybody right now.” But no one thought he was being literal.

Day one after the election, with the votes barely all counted, and expect the new era only to get nastier and move divisive than ever.

The Democrats were empowered by voters to put a check on Trump and to make sure he realizes he’s not above the law. This week, Trump showed he didn’t get that lesson.

He continues his trampling of our democracy.

Is this enough for Trumpy Filipinos—the most Trumpy of Asian Americans—to flip themselves? Of course not.

On election day, I contacted my pro-Trump Filipino friend, a University of Santo Tomas doctor with a major U.S. clinic in the Midwest. A Trump supporter from the beginning, he’s been my barometer for how the most Trumpy Filipinos felt about the president.

As the votes were being counted, with indicators showing a mild anti-Trump semi-blue wave, Dr. Roy Flores was still pretty upbeat about Trump.

“I have become more and more a fan of Donald Trump,” he told me. “These midterms are a referendum on how well the president is doing and will be a preview of 2020.”

The Trumpy are just fine with the administration. Don’t be surprised. For many Filipinos the threshold is low, especially if you’ve lived through Marcos.

Emil Guillermo is a veteran journalist and commentator. He writes a column for the Inquirer’s North American Bureau. Twitter @emilamok. Listen to him on Apple Podcasts.