TOFA honors 'heroes among us'

TOFA honors ‘heroes among us’

NEW YORK — Greatness and gratefulness came together one soggy Saturday in October when 16 individuals were honored The Outstanding Filipinos in America(TOFA) in celebration of Filipino American History Month.

“A thriving community of Filipino Americans adds to the quality of life here in New York State and across our nation,” said Gov. Andrew Cuomo in his message. “They have earned distinction and well-deserved praise from a grateful community.”

A “sharing of triumphs” echoed founder Elton Lugay of the awards night, as the awardees gave heartfelt thanks to their families.

Housing Commissioner Maria Torres Springer (Women Empowerment) and Leonora Galleros (Courage of Conviction) thanked their mothers for making them proud to be Filipinos. Marc Anthony Nicolas (Entertainment) also paid tribute to his mother who fostered in him the drive to “take risks and believing in the impossible.” 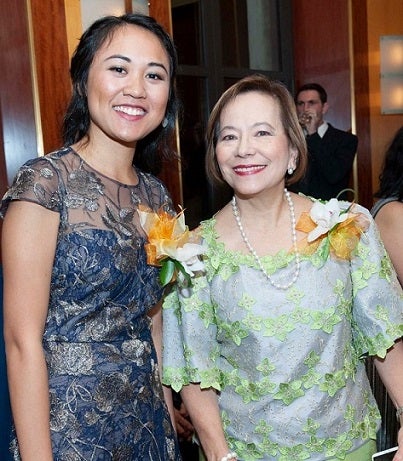 Alexis ‘Bong’ Monsanto (Fashion & Style) thanked his parents for molding him through “strength of character, hard work, perseverance and pride.”

Mariel Padilla (Youth) dedicated her award to her grandmother, who flew all the way from the Philippines to witness the ceremony; and her Lolo Jess, a pioneering filmmaker, who passed away recently. Dr. Allan Mendez (Health Care) thanked his family and his province mates from Nueva Ecija while paying tribute to Filipino health care professionals around the world for their skills and compassion.

Instead of speaking before the mic, classical pianist Cecile Licad (Heritage Award) walked to the piano on the other end of the sweeping Weill Hall stage in Carnegie Hall to play Chopin’s Minute Waltz. “Instead of making a speech I’d rather do what I most comfortable at,” she said. There was mighty applause from an audience that wanted to hear more. 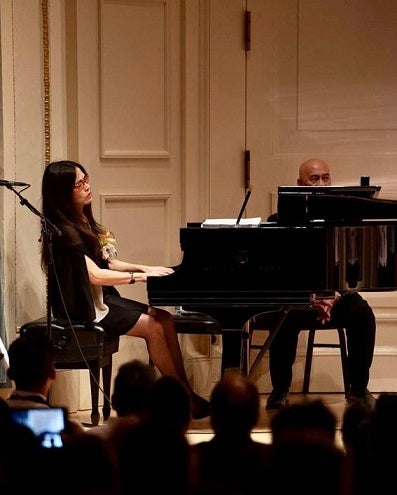 Dr. Roseminda Santee (Education) spoke of education not just as a preparation for life for the Filipino nurse. “It is life itself.” Atty. Nicolas Caraquel (Public Service) said Public Service is best appreciated if “spoken in gratitude” and comes from the heart.

Corazon Tamargo Rivera (Business) thanked her family and hardworking agents for continuing the legacy of her company, Bona Tierra, the “only Filipino-owned and managed real estate agency in New York City.” The owners of DHaven (Entertainment) thanked their ballroom dancing patrons for recognizing their club as a “sanctuary” where people can have a good time.

Vivian Talambiras-Cruz (Community Service) dedicated her award to her family, the nuns from whom she got her education, and all the “unsung heroes who silently dedicate their lives to service above self.” 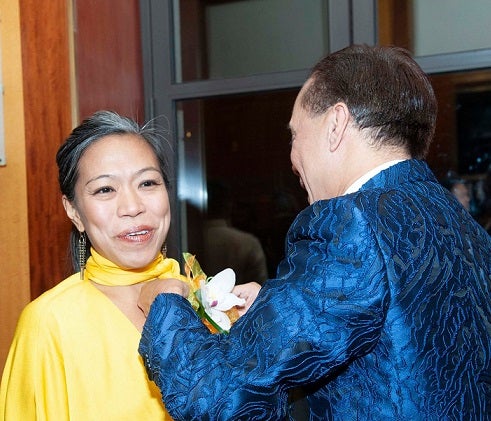 Joji Juele Jalandoni (Arts & Culture) paid homage to Filipino culture. It is her wish, she said, that “our heritage continues to be a source of pride for the next generations of Filipinos, wherever they may be.”

Heavy with child Jannelle So (Media) came, surprising even the organizers. She was due to give birth at any time and was advised bed rest. “I tell stories in a compelling way to inspire and encourage viewers. This is how I serve my fellow Filipinos,” she said in her speech.

Coach Eric Spoelstra (Sports) could not attend because the Miami Heats had a game, but sent word of thanks to TOFA for his recognition. 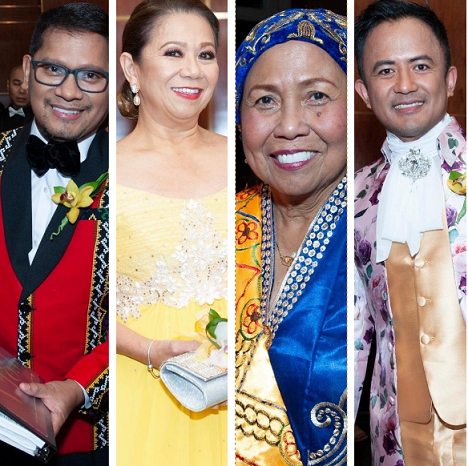 Bima Baje (Science & Technology) dedicated her award to her family and sorority sisters. She made a bold call in support of stem cell technology which “offers hope to people living with chronic ailments.”

“Awards like this serve to highlight how much Filipinos contribute to the U.S.,” said Consul General Claro Cristobal, who is attending TOFA for the first time since assuming office in June. TOFA, he said, represents “our exclusive list of exemplars.”

The Outstanding Filipinos in America was founded in 2011 to honor the accomplishments of FilAms across the country. TOFA awardees, said Lugay, inspire many to strive for excellence. “They are living, breathing proof of our rich heritage as Filipinos.” The “heroes among us,” said Vice President Leni Robredo.

For the fourth straight year, King of Talk Boy Abunda emceed the festivities, featuring a festival of musical numbers from performers led by pop singer Dezza. Fastfood chain Jollibee was a major sponsor. Jose Maria Miñana, Jr. who is the company’s Head of Country Business Group – North America, said the awards presentation was well organized and well done, while the Jollibee mascot shimmied and waved. © The FilAm 2018