The perils of being brown, thinking white

The perils of being brown, thinking white 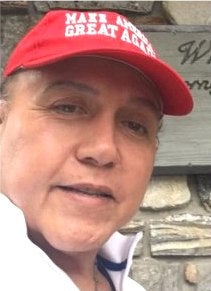 NEW YORK—The 56-year-old individual arrested by the FBI and alleged to have sent pipe bombs to prominent Democrats—including the Obamas, Joe Biden, the Clintons, and Robert De Niro—turns out to be of Philippine descent on his father’s side, Italian on his mother’s.

Brooklyn-born, Florida-raised Cesar Sayoc, Jr. is a fanatic supporter of Trump, the baby-in-chief, one of the tamer phrases De Niro has used for the Donald. Sayoc has claimed to be a member of the Native American tribe the Seminoles, though the Seminoles have stated publicly that such an assertion has no basis in reality. His mother questioned his insistence—really a fantasy—on his being a Native American, according to a lawyer who has represented him and his family in the past.

With a failed marriage and a father who abandoned him and the rest of his family when he was a kid, Sayoc was a loner who found in Trump a substitute father figure, one who could do no wrong. This immigrant son seems to be the perfect embodiment of the alienated figure who gets radicalized and emboldened via social media—media that he filled with venomous tirades against minorities, LGBT people, mainstream media, Democrats, the very same objects of Trumpian derision and scorn.

At the time of his arrest, he had worked as a pizza deliveryman and at times as a DJ at a strip club in South Florida. Living in a white van plastered with stickers lauding Trump and deriding Democrats such as Hillary Clinton, here was a man who had neither the celebrity status of Kanye West nor wealth to meet Trump.

Perhaps his alleged headline-grabbing acts of terrorism were his way of getting Trump’s attention. (Look, father, I am about your business!) He is a man who clearly has some mental issues. He reminds me of Travis Bickle, the ex-Marine portrayed so effectively by a young Robert De Niro in Martin Scorsese’s riveting “Taxi Driver,” set in New York City of the 1970s. Bickle plans to assassinate a presidential candidate, and trains to be some kind of one-man crusade against corruption. It would be the height of irony had Sayoc seen the film at some point and subconsciously used De Niro’s star turn for his own dubious claim on the nation’s spotlight. Van Driver?

Sayoc is also emblematic of the hard-core Filipino American supporter of Trump, an odd and disturbing manifestation of colonial mentality, with its underlying current of self-hatred. This type of rah-rah Pinoy overlooks his or her own ethnic origins, believing him- or herself to be in essence white. Many of them are among the most vocal proponents of building that wall at the southern border 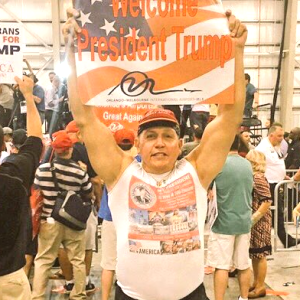 It is one way of coping with a society where racism has flowered, becoming Baudelaire’s “flowers of evil.” By assuming that such racism is directed at others and not at themselves, the little brown brothers and sisters place themselves automatically outside these negative margins, and at the same time signify their loyalty to the Great White Father, who has described himself as a “nationalist.”

Unfortunately for them, and for the rest of the nation and its many-hued multitudes,

Donald Trump is not a unifier; he’s a divider.

He is not a healer but a hate-monger, one who encourages outbursts of violence, despite his hypocritical protestations, from his approval of a Congressman who body-slammed a journalist, to his egging on his supporters at his campaign rallies to assault those who call him out publicly. Something Voltaire said applies here: “Those who can make you believe absurdities can make you commit atrocities.”

He is not a truth-teller; he disseminates falsehoods, or, to use his favorite term, “fake news.”  The unofficial head of what I describe as the Flat Earth Society, from the day he took office in 2017 to October 23, 2018, according to the Toronto Star, the baby-in-chief uttered 3,084 false claims. If he knew these utterances were factually wrong and he went ahead and said them anyway, then clearly they were lies. Otherwise the baby-in-chief was being inexcusably ignorant.

Mr. Trump too needs a doctor.

More importantly, he needs to be voted out, if not impeached, and that begins next week, when all those spineless Republicans who have been complicit in his disastrous policies need to be shown the door.