Villa moved to the Unites States in 1930, became a cultural attache (1952-1963) at the Philippine Mission to the United Nations, and taught poetry (1964-1973) at New School for Social Research in New York City.

His first U.S. collection, Have Come, Am Here (1942), was published by Viking and received critical acclaim. Another collection, Volume Two (1949), was awarded the Bolingen Prize that year. 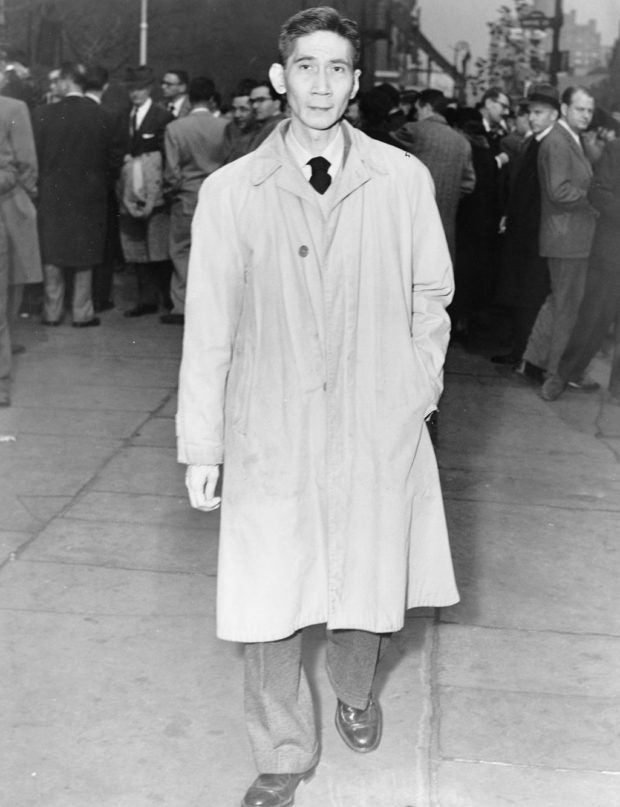 For two other collections, Selected Poems and New (1956) and Appasionista: Poems in Praise ofLove(1979), Villa received the American Academy of Arts and Letters’ Poetry Award, the Shelley Memorial Award, the Guggenheim, Bolingen and Rockefeller scholarships for poetry.

Villa was named National Artist for Literature in the Philippines in 1973.  He lived a full life in New York, until the age of 89. It’s a wonderful immigrant story to tell the future generations; how devotion and success contribute to a country’s fame.

In his early years, Villa bounced between medicine and law school. It was not until he studied at University of New Mexico, where he founded a literary magazine, that he cultivated his love of writing. His post-graduate work at Columbia University led him to become associate editor of New Directions Publishing in New York.

An early work, written when Villa was 17 years old, “The Coconut Poem,” shocked conservatives, who were predominantly Roman Catholic, with its sexual imagery. As a novice writer, he was tried and fined by a Philippine court for obscenity; a portion reads:

The coconuts have ripened,

(A woman has only two nipples,

There are many women-lives in a coconut tree.)

Soon the coconuts will grow heavy and full:

I shall suck out of coconuts little white songs:

I shall be reminded of many women.

Elda Rotor, vice-president and publisher at Penguin Classics, noted, “I applaud the Filipino and Asian American scholars and writers who have worked to keep Jose Garcia Villa studied and read. You can say this about any classic author; their very existence relies on their work being read. I’ve said this before, here at the Consulate, we must support Filipino writers, to preserve and extend the rich artistic and literary history of our heritage, we must buy their books, teach and read the works of classic Filipino authors including those we have published within Penguin Classics: Jose Rizal, Nick Joaquin and Jose Garcia Villa.”

Consul General Cristobal urged millennials and the younger Filipino Americans to take time to learn and read literary classics written by Filipinos. “Poetry and music have similar effects and responses from the brain,” he said. The lyrical sound of the words indeed plays an entertaining repertoire in the minds of the readers.

Literary boot camps are offered around the city. These include the New York Writers Workshop, with a series of readings and awards by various writers’ guilds. A word of advice to poets, from Jose Garcia Villa: “First, a poem must be magical, then musical as a seagull and it must hold fire as well.”