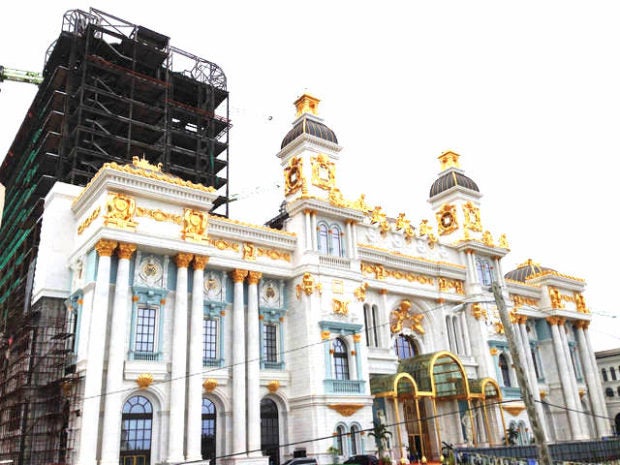 Imperial Pacific International fired 80 Filipinos who were working on the expansion of this resort hotel in Saipan. AP PHOTO

SAIPAN – A casino resort that a few months ago was hiring hundreds of foreign workers to finish a construction project abruptly fired 80 Filipinos who are asking why their contracts were suddenly terminated.

The 80 workers arrived on Saipan in separate groups, from May to July. They were hired on conditional employment from Sept. 1, 2018 to Jan. 30, 2019 by Imperial Pacific International (CNMI). But the firm suddenly terminated them on Friday, Oct. 12, according to the Saipan Tribune.

The Filipinos had worked in other construction sites in the Middle East and were hired by IPI through a Philippine employment agency.

IP said it had to let go of the foreign workers to hire local and U.S. citizen workers under Guam-based contractor Pacific Rim Contractors. “The purpose of the reduction is to adjust the level of supply based on the demand of construction project. This adjustment is in line with effective workforce planning and efficiency improvement of the project,” the press statement said.

The 80 workers met with officials of the CNMI Department of Labor and Gov. Ralph DLG Torres was to meet with them later. They claimed they haven’t been reimbursed as promised for construction equipment they themselves had to buy.

One of the workers told Saipan Tribune that they experienced discrimination in the construction site and were asked to do work not stated in their job contracts or they were not certified for and therefore dangerous.

The workers, who were getting paid $14 to $16 an hour and are on H2-B work visas, said their immediate future is uncertain. “We’re embarrassed to go back to the Philippines,” they told Saipan Tribune. “IPI harmed our employment records. We’re at a disadvantage here but IPI is saying that we are at fault, that’s why we’re terminated.