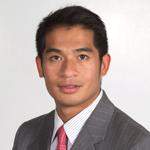 Filipino American attorney Patrick J. Bumatay was nominated by President Donald Trump to the U.S. Court of Appeals for the Ninth Circuit on Wednesday, Oct.10.

The Ninth Circuit — considered to be the most liberal of circuits — is the largest federal appeals court with 29 judges, serving nine western states including Alaska and Hawaii.

Currently, Bumatay serves as the Assistant United States Attorney in the U.S. Attorney’s Office for the Southern District of California in San Diego, where he is a member of the Organized Crime and Drug Enforcement Task Forces Section. Detailed to the Office of the Attorney General, Bumatay serves as Counselor to Attorney General Jeff Sessions on various criminal issues such as the national opioid strategy and transnational organized crime.

A graduate of Harvard Law School, and an alumnus of Yale University, Bumatay started his career as a law clerk for Judge Timothy M. Tymkovich of the U.S. Court of Appeals for the Tenth Circuit Court, and for Judge Sandra L. Townes of the U.S. District Court for the Eastern District of New York.

In congratulating Bumatay’s nomination, NFALA president David Mesa said, “Patrick’s strong qualifications, including his breadth of experience as a federal prosecutor, a defense attorney, and a senior Department of Justice attorney make him ideal for the Ninth Circuit.”

“Patrick is a proud first generation Filipino-American, the son of Filipino immigrants to the United States, and I have no doubt he will serve the Ninth Circuit and the people of California, Alaska, Arizona, Hawaii, Idaho, Montana, Nevada, Oregon, Washington, Guam, and the Northern Mariana Islands with excellence, fairness, integrity, and intellect,” added Mesa.

Senators Dianne Feinstein and Kamala Harris said on Thursday, Oct. 11 that they would oppose the confirmation of Trump’s three nominees, which includes Bumatay, for the open California seats on the Ninth Circuit.

Feinstein, the top Democrat on the Senate Judiciary Committee, wrote to the White House last week saying that she was hopeful that they could work together in coming up with a “consensus” package that included one of her picks being U.S. District Judge Lucy Koh.

“I repeatedly told the White House I wanted to reach an agreement on a package of 9th Circuit nominees, but last night the White House moved forward without consulting me, picking controversial candidates from its initial list and another individual with no judicial experience who had not previously been suggested,” said Feinstein in a statement on Thursday.

“Instead of working with our office to identify consensus nominees for the 9th Circuit, the White House continues to try to pack the courts with partisan judges who will blindly support the president’s agenda, instead of acting as an independent check on this administration,” said Harris’ spokeswoman Lily Adams.

Being the most liberal district, the Ninth Circuit has been the bane of conservatives and the Trump administration; the president has before blamed the Ninth Circuit for a “broken and unfair” federal court system.

Since Trump came into office, the Ninth Circuit’s moves have included blocking the president’s travel ban order, blocking the shutdown of the Deferred Action for Childhood Arrivals (DACA), and striking down restrictions on so-called sanctuary cities.