JERSEY CITY, New Jersey — An Essex County company is still trying to bring a new development to the site of a Filipino church in The Heights, after the Jersey City Zoning Board denied its initial application. Jesus the Healer Filipino Church still owns the lot.

In a rare move in May, the ZBA voted against Montclair-based Franklin Development Group’s plans to tear down the Jesus the Healer Filipino Church at 3316 John F. Kennedy Boulevard and replace it with a five-story project called The Hudson Condominiums, according to JerseyDigs.com. 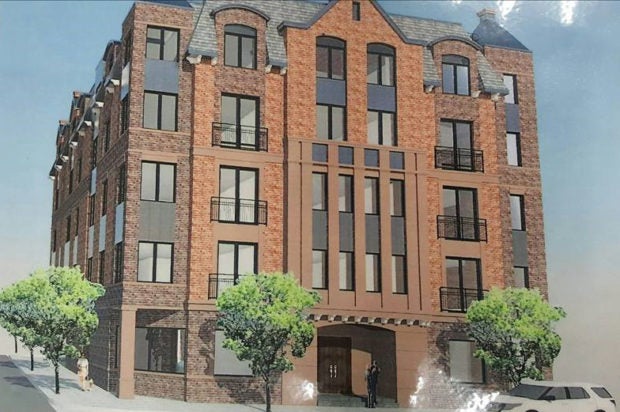 The development was to include 20 condominiums, a rooftop terrace, and a parking garage with 13 spaces.

The ZBA was scheduled to hear Franklin Development Group’s new application October 4, according to a legal notice. Instead of 20 condominiums, the proposal now only has 14 two bedroom units.