Better pay, treatment urged so teachers would remain in PH

Puffing a cigarette, Patricio Abinales entered Palma Hall at the University of the Philippines in Diliman. Ready to teach Rizal, he entered the classroom clouded in smoke. Dozens of students barely noticed him, thinking he was another student.  It was 1978.

Fast forward to 2018. In the mountains ranges of Halcon, Oriental Mindoro, Dominic Ocampo lights the lamp in a makeshift classroom. He patiently waits for his students coming from their swidden farms. His more than 100 students, mostly adults, are the indigenous people of Mindoro, the Mangyan. He typically stays in the mountain six days a week.   Day off is spent mostly for the trip back to Calapan City where his family stays. 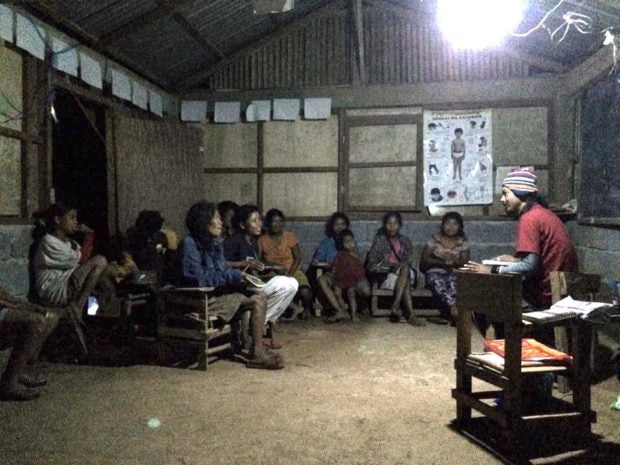 Gerome Dela Pena teaches Filipino subject to around 400 students at the Our Lady of Fatima University-Antipolo City. On weekends, he spends most of his time checking papers and other school-related work.

In New York City, Ramil Buenaventura, the 2014 “Hometown Hero in Education,” bids goodbye to his students at 3:20 p.m.  He handles four classes with 28 students per class. He usually brings home school work, like when he was teaching in the Philippines.

“It’s hard to compare the teaching experiences back in 1978 to the present. We were allowed to smoke inside the classroom. We filed papers manually because there was no computer,” Abinales, now a professor of Asian Studies in the University of Hawaii-Manoa, recalls.

He adds: “I’ve always enjoyed teaching UP students in my time. The institution may have had problems with pay and maintenance budgets as Marcos tried to silence it, and some of its faculty sold their souls to the dictatorship, but the students remained critical and smart as ever.” 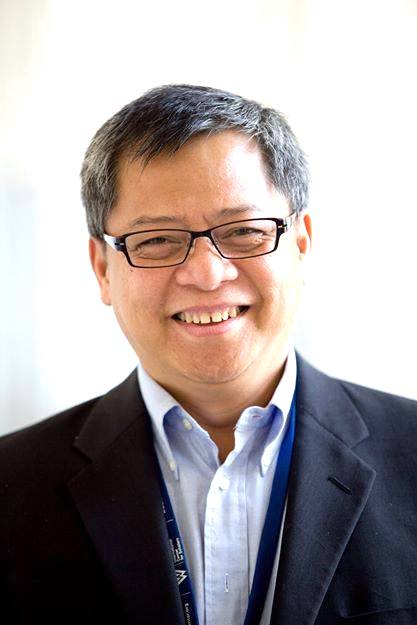 Dela Pena, 23 years old has been teaching for three years. “We have our own reason why we chose the teaching profession. The ‘misguided students’ need me more than the intelligent ones. Being a teacher is my contribution to the development of my country,” he explains.

Ocampo agrees. “The salary is secondary in this profession. During our orientation, we were told about it, yet we chose this path.”

Ocampo has been 20 years in service and a mobile teacher for the Alternative Learning System (ALS) of the Department of Education (DepEd) for the Mangyan for the last two years. He is a recipient of 2018 Gintong Parangal Para sa Edukasyon-Guro Award of the Fortune Life Insurance, DepEd and the Marylindbert International and a finalist for Bato Balani Foundation Award.

Teachers in the Philippines have been burdened with additional tasks, including serving as board of election tellers (BET) during election periods, assisting in various community activities, and filling out several forms.

Recently, three teachers committed suicide allegedly due to overwork and bullying.  Teachers group such as Teachers’ Dignity Coalition (TDC) and the Alliance of Concerned Teachers (ACT) urged the Department of Education (DepEd) to review its policy concerning the workloads of the public school teachers. In its statement on September 5, DepEd has reduced the 36 school forms to 10, thus “minimizing duplication and redundancy of data” and lessening the burden of the teachers.

Educators in state colleges and universities are not spared from extra burdens. “The Results-Based Performance Management System gives voluminous tasks to teachers in exchange for injecting quality system in education. We also have the IPCR (Individual Performance Commitment Rating which gauges the teacher’s effectiveness through standard scale and formula. There is a certain timeframe for accomplishment report,” explains Allan Paul Catena, a professor at Occidental Mindoro National College.

If instructors fail to meet the prescribed rating of satisfactory, they are not entitled to a bonus. The funds are reverted to the Department of Budget and Management. This system negates the collective bargaining of the teachers because the raise depends on their performance. It also creates unhealthy competition and division among teachers.

Abinales left for the United States in 1988 to pursue graduate studies with a Southeast Asia Program Fellowship at Cornell University in Ithaca, New York. After completing his Ph.D, he taught in Ohio University and later at the Center for Southeast Asian Studies at Kyoto University.

The growing number of retirees and university students avoiding the teaching profession prompted several states in America to begin hiring foreign teachers from the Philippines, India, and other countries to teach English, Science, Mathematics and Special Education. Besides direct recruitment by each state, private agencies like Educational Partners International (EPI) and Amity Institute also recruit teachers. They are providing J1 or the Exchange Visitor or non-immigrant visa.

A teacher in the US receives as much as $55,000 to $60,000 a year or roughly $4,000 a month. Abinales says that with the high standard of living in the US, the salary of the teachers is still low compared with other professions.

But Buenaventura says it is more satisfying to teach in the US because of the better salary, benefits, and union support. In 2003, Buenaventura was among the 69 Filipino teachers who successfully passed the International Teachers program of the Department of Education of NYC. Eventually, his family joined him. They are now American citizens.

“Teachers undergo stress due to administrators’ and parents’ demands, but not to the point of making them commit suicide. If a task is difficult for us, there are always ways to get support from colleagues, mentors, and friends. If there is unfair treatment, a strong teachers’ union will back up the teacher,” Buenaventura explains.

Dela Pena admits being overworked and underpaid, but he’s not yet thinking of emigrating. In between teaching, he writes poetry and fiction. His book “Pedestrian at Iba Pang mga Tula” was launched in Binangonan, Rizal on September 14.

Like most teachers, Ocampo gives to the public more than what he receives from the government. “The teachers (in the Philippines) are sacrificing not only their livelihood but also their lives to educate the people. We should get a salary that compensates our efforts,” Ocampo says. 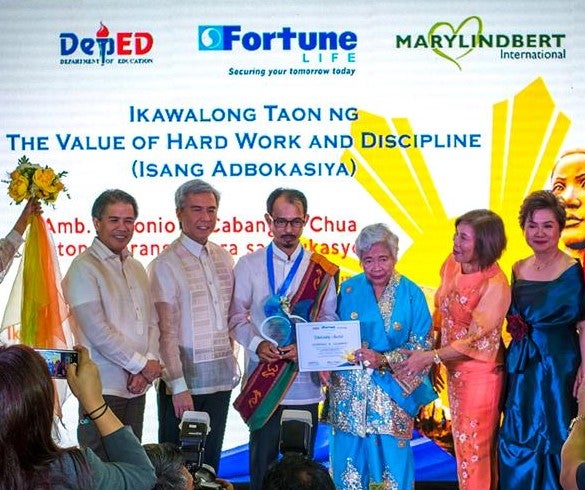 Buenaventura is no stranger to the difficulties of being a teacher in the Philippines. He hopes that someday becomes a choice and not the last recourse of the Filipinos teachers.

“We can’t do any significant reform unless the people are educated. Teachers play a vital role in molding the minds of the people towards becoming more critical of the status quo. The nation has suffered, but there is still hope,” Catena says.