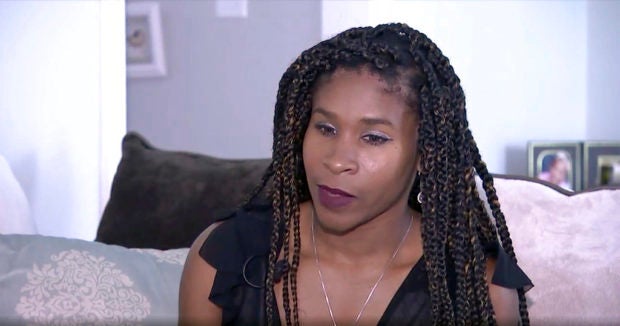 This still image taken from video provided by WTVD-TV on Friday, Aug. 17, 2018 shows Kandice Mason during an interview in Raeford, N.C. Image: WTVD-TV via AP

RAEFORD, N.C. (AP) — A middle school teacher who moonlights as a pole-dance instructor has been suspended by a North Carolina school district.

A spokeswoman for Hoke County’s public schools didn’t specify why Kandice Mason was suspended with pay pending the outcome of an investigation.

Mason tells WTVD-TV that school officials saw a video of her pole dancing that she posted to her private Facebook account. She says school officials cited a policy that says employees are role models who are “responsible for their public conduct even when they are not performing their job duties.”

Mason says she isn’t ashamed of her part-time pastime and sees pole dancing as an artform and a good way to stay in shape.