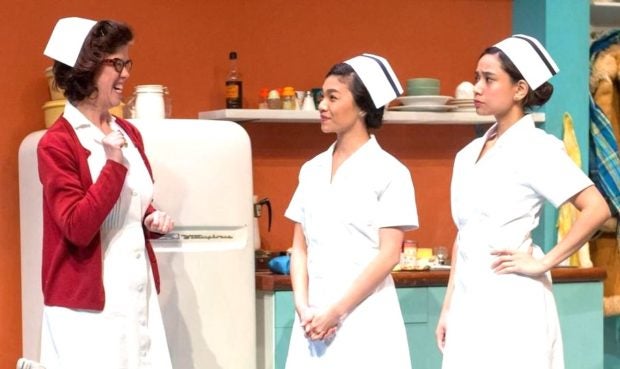 In “Prairie Nurse,” Belinda Corpuz (middle) and Isabel Kanaan (right) play two nurses working in Saskatchewan who are constantly mistaken for each other. JOSEPH MICHAEL

TORONTO — A comedy about two very different Filipino nurses who immigrate to Saskatchewan but are constantly mistaken for one another is making the rounds of theaters in Canada.

This is a co-production with Factory Theatre in Toronto, where the show ran from April to May this year.

After Gananoque, “Prairie Nurse” is also scheduled to be staged by Prairie Theatre Exchange in Winnipeg, Manitoba in October.

“My mom, Concepcion, immigrated to rural Saskatchewan from rural Philippines in 1967 and worked as a nurse in a small community hospital. She stayed two years before moving to Toronto,” says Badian. 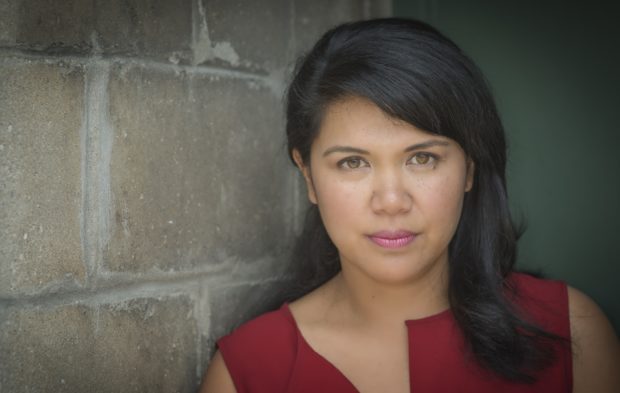 Badian visited Saskatchewan with her mother in 2007. She wanted to get in touch with people who knew her mother, and prior to the trip, she sent letters to several community newspapers asking if anyone remembered working with a Filipino nurse at Arborfield Memorial Hospital in late 1960s.

To Badian’s surprise, many of the people who knew her mother still live and work in the area. The first thing they would ask though, was “Where’s the other one?”

That’s when Badian discovered that her mother had a Filipino coworker during her stay in Saskatchewan.

The scenario sparked the idea for the fictional story of “Prairie Nurse,” where no one can tell two immigrant nurses apart, as they both grapple with homesickness and unfamiliar customs, including the hospital’s lab technician who falls in love with one of them but accidentally courts both.

“I was tickled by the idea of what it must have been like back then when no one could tell them apart, when everybody thought they were like two-peas-in-a-pod but in truth had nothing in common other than nursing and the Philippines.”

The play just completed a July to August staging at Station Arts Centre in Rosthern, Saskatchewan—only an hour away by car from Arborfield, where Badian’s mother was stationed.

“That production was very special. Throughout its run, I learned the audience often had friends and family of the real-life people who the characters are based on,” she says.

“The response has been incredibly moving, and it is an honor to learn that the story not only resonated with them on a nostalgic level but also on a very present level with the growing population of Filipinos who continue to immigrate to Saskatchewan.”

A Toronto-native, Badian is also a director, performer and arts educator in addition to being a playwright.

Her other plays include “The Making of St. Jerome,” “Mind Over Matter,” and “Novena.”

She is the artistic director of Smoothieland Performance Projects, a youth theater company she founded last year. “We just completed our pilot middle-school project and hope to launch a high school project next year.”

Both played the same roles in the Toronto Theatre staging earlier this year. Direction by Sue Miner, costume design by Anna Treusch, set design by Jung-Hye Kim and lighting design by Jareth Li.

Four in one year

The play received its world premiere in 2013 at the Blyth Festival and was published last year by Scirocco Drama.

“The Blyth Festival is a legacy theater festival in Canada. It has produced over 130 new Canadian plays in its short 44 years. Their mandate is to promote the stories of rural Canada,” explains Badian. 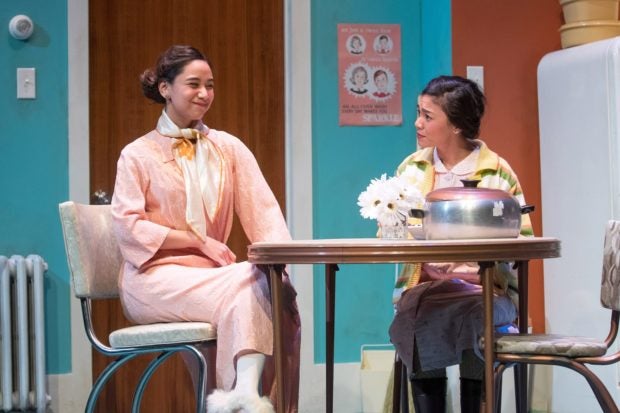 “Together, they programmed ‘Prairie Nurse’ as a coproduction for their respective companies for this year—2018.”

“Here in Canada, often the larger theaters plan their seasons two to four years in advance in response to the multi-year funding cycles of the various municipal, provincial and federal arts funding bodies.”

The separate productions at Station Arts Centre and Prairie Theatre Exchange—which brings the total number of productions this year to four—proved “delightful and surprising” for the playwright.

“It has been overwhelming. I’m honestly still processing it all. It is a privilege to have ‘Prairie Nurse’ staged across the country in succession.”