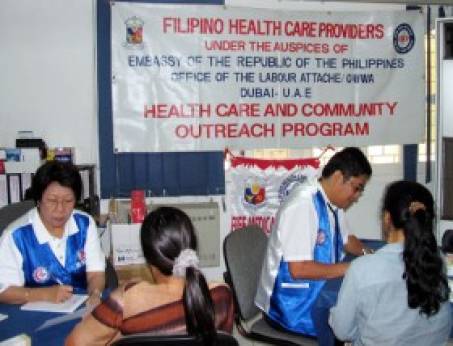 HONOLULU — Heart disease is the leading cause of death among Filipino American males and second among Filipino American females. Filipinos also have a high prevalence of hypertension resulting from obesity, alcohol consumption, and physical inactivity. The good news: A University of Hawaii at Manoa study has found that food and family are key factors in improving Filipino heart health.

The study, published in “Preventing Chronic Disease,”found that the Filipino American community responds better to interventions based on Filipino cultural values and the incorporation of traditional foods.

Values such as strong family ties, empathy, a tradition of obligation and reciprocity as well as nutritionally improving traditional foods evoke a better response from at-risk individuals.

The study was prepared by Professor Kathryn L. Braun,

director of the UH Office of Public Health Studies, with Jermy-Leigh Domingo, a recent UH-Manoa public health graduate, as the lead researcher, and Gretchenjan Gavero of the John A. Burns School of Medicine as a co-author.

They explored eight previous studies that involved healthcare workers using culturally tailored interventions to increase Filipino Americans’ participation in heart disease prevention programs. Four of the previous studies were done in Hawaii, while the others were conducted on the mainland.

Some examples include serving traditional Filipino foods, but grilling fish rather than frying it.

Other interventions took advantage of the importance of family relationships. For example, since turning down food is frowned upon, it is vital to get the whole family on board rather than focusing on the single individual with heart disease, the researchers said.

Dancing, popular among Filipino Americans, could potentially help the community increase physical activity and may be an area to target in future studies.