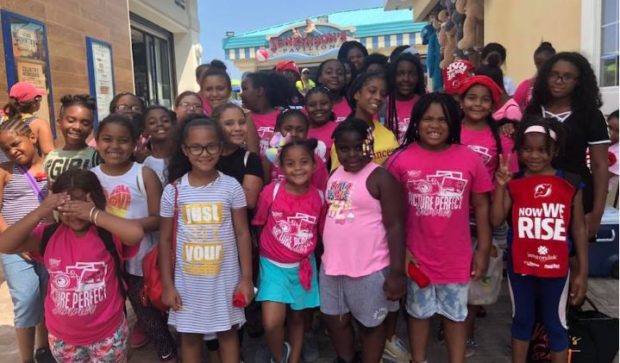 An employee of the Jenkinson’s Aquarium boardwalk gift shop in New Jersey has been terminated after recently racially-profiling and kicking out a group of young black girls from the shop.

Attiyya Barrett, camp leader of a summer camp program, took to her Facebook account last Aug. 10 to share about the incident. In her post, she narrated how her “girls” went inside the gift shop and were reduced to tears after being discriminated by the employee.

“So. My girls went inside the gift shop @jenkinsonaquarium and we were racially profiled and discriminated against!” wrote Barrett.

“The racist lady behind the counter told 7 of my girls, ‘You’re not welcome here without a chaperone.’ They left and got a chaperone and went back in, she then said, ‘Didn’t I say YOUS ARE NOT WELCOME HERE! GET OUT!’”

As per Barrett, her girls ran out of the shop crying, asking why they “couldn’t buy something.”

While Barrett did her best to stay calm and collected in front of the kids, the incident nevertheless left a “horrible taste in my mouth.”

In her post, Barrett shared a picture of the girls as well as a video clip of her confrontation with the employee, a woman, inside the shop.

In the video, Barrett can be heard speaking in the background as she panned the camera to the woman’s face.

“She doesnt want the children to shop in her store because she said they have to be with a chaperone,” Barrett said. “They go get the chaperone and she tells all of our girls to leave the store because she doesn’t want them in there. And what’s your reason why again?”

The woman answered, “Because they didn’t have a chaperone.”

“No, and when I got a chaperone what was your reason?” Barrett fired back.

“I didnt think she was a chaperone.”

“And when she was explaining what did you just say?”

“They’re not welcome in here,” replied the woman.

Barrett’s video has since amassed three million views in less than a week. As per the Asbury Park Press last Aug. 14, the Jenkinson’s Aquarium gift shop has fired the employee. In a statement by Toby Wolf, Jenkinson’s media relations director, he said that the incident “does not reflect the core values of the boardwalk.”

“In our 90-year history, Jenkinson’s has always been and will continue to be the place where people from all races, religions, ages, genders and cultures are welcome,” Wolf was quoted in the report. “We are committed to fostering, cultivating and preserving our culture of diversity and inclusion.”

“Jenkinson’s will also be conducting a diversity training program for its employees in the very near future to avoid this type of occurrence in the future,” Wolf added.

Meanwhile, Barrett shared on her Facebook on the same day of the incident that “the racist lady DID NOT WIN!”

“My princesses left with poise and a lesson on their money is good money and shouldn’t be spent everywhere,” Barrett said.

“Several cried on the bus on the way home. But ‘Linda D’ you didn’t break us!” she stressed. “You didn’t win! These Proud Princesses of color were not moved by your banter!” Cody Cepeda/JB