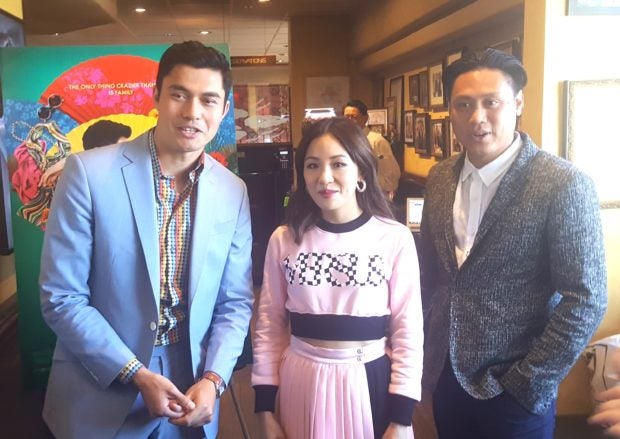 SAN JOSE, California — An all-Asian movie scheduled to open soon in major theaters around the world aims to be the most talked about film in the coming weeks.

This was how “Crazy Rich Asians” director Jon Chu described his movie based on the book by Kevin Kwan.

Some observers see the film as both revolutionary and a gamble because an all-Asian cast formula that has not been seen in Hollywood for a long time.

Chu, together with lead cast members Constance Wu and Henry Golding, faced members of the Asian media in a local Bay Area restaurant to talk about their experiences in doing the much-awaited movie that many Asian-Americans are buzzing about.

“The fact that this is an all-Asian cast is even better because you get to see yourself if you’re an Asian. If you’re not, you get to see very similar dynamics with your family and your culture,” Chu declared.

“It is not because we (Asians) can’t (lead a Hollywood studio movie) and it is not because there’s no talent. But sometimes you need to see it to know that there is a possibility. And so, I am really excited to share that with the world. This movie is just about love and family. And it is just being done by faces we haven’t seen before,” Wu said. 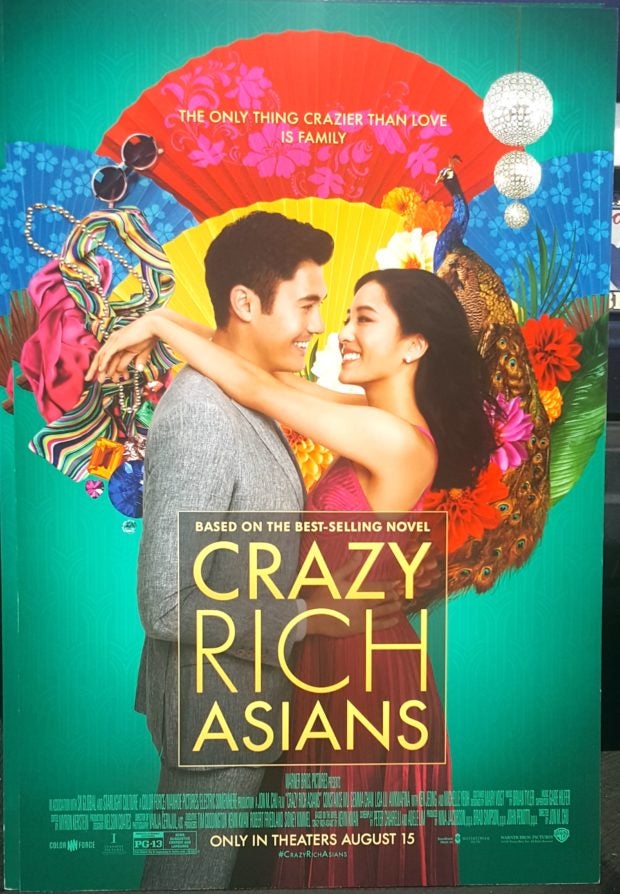 The official poster of the movie Crazy Rich Asians set to hit the theaters on August 15, 2018. CONTRIBUTED

First-time movie actor and longtime television host Henry Golding, who plays Singapore’s most eligible bachelor Nick Young, had a joyful experience and hoped the audience would feel the same.

“To be put in such position is such a strong symbolic kind of gesture.  For us to be able to tell one story isn’t enough. We hope that other people look inwards on becoming their own role-models, by seeking to tell Filipino, Indonesian, Thai stories on the level of Hollywood, one of the biggest platforms in the world,” Golding state.

Wu tweeted that the film is both monumental and historic, being the first movie of its kind in over 25 years (since “The Joy Luck Club”) that centers on an Asian American’s story that is also filled with a talented, dynamic, unique all-Asian cast.

“Constance Wu has a steel spine that supports a lot of people and builds a structure that is even bigger maybe even bigger than she is. That is super admirable and we are trying to follow her lead in all of these things,” Chu glowingly praised his female lead star, Wu, around whose schedule the production had to work around as Wu was still shooting her show “Fresh Off the Boat.”

“We always wanted Constance to play Rachel Chu and to represent an Asian American going to Asia for the first time and the cultural dynamics that happen in your brain to view your own self-worth and your own cultural identity.”

Wu also praised Chu: ‘Jon really did a job in describing the difference in many different types of culture. It never put a judgment on who was better. In fact, the characters themselves might have prejudgments on each other. But through the process of getting to know each other, they understand that just because we have different values doesn’t mean we don’t all speak from our hearts. And I think that it is the journey that the movie takes.”

For Wu, a lot of the current anti-immigration sentiment is really fear that comes when one does not know someone else’s culture.

“That is why some people say Hollywood is just Hollywood, but story and narrative are important. We all have good hearts and good intentions but we all makes snap judgment based on some information we’ve had before from whoever,” Wu reasons. “The same thing goes for Asian American stories. The more stories you have, the more narrative you have, the more it humanizes a group that you may not have understood before. And that takes away the fear and when you take away the fear, you get to learn a lot that there is a lot of love and acceptance.”

Golding imparted that, since it was his first movie role, it was amazing that other people saw something in him that he didn’t see.

“They needed to break me down to make me realize that this was possible. It was the faith and the gamble that key decision makers have made that totally changed my life. It has pretty much taking a hard ride on my journey and its leading to bigger and better things,” Golding glows. 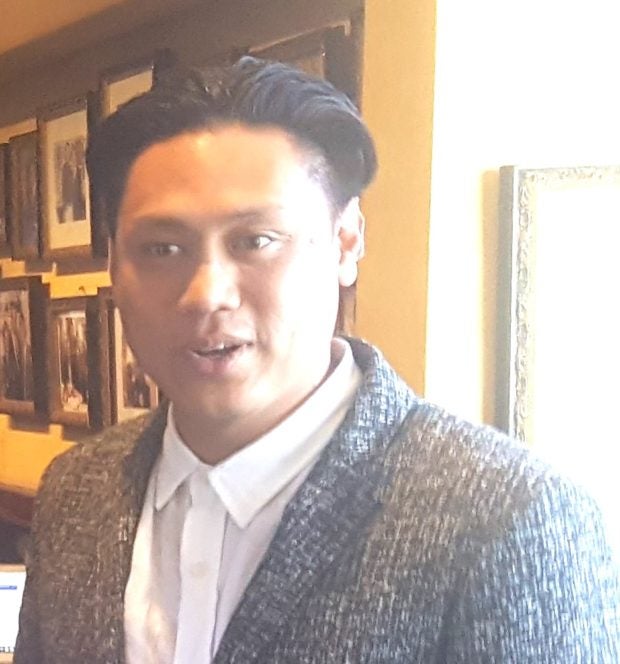 Movie director Jon Chu would like to film the other two Kevin Kwan books that came after “Crazy Rich Asians.” INQUIRER/Jun Nucum

Asked who their own role models were, Wu without batting an eyelash declared that Oprah Winfrey as her role model.

“Oprah is all things wonderful and alive and introspective and fun she is just like a queen of the world. She also comes from humble beginnings just like all three of us have,” Wu said.

Chu and Golding readily paid tributes to their parents as their role models.

“To come to a new place, not knowing the language, building a business, raising a family takes a lot vision, hard work for my parents. A lot I learned about directing from watching them run a crazy household, run a kitchen in the back, and fight off all the other things coming at you all at the same time and always focusing on the work and getting the work done and working harder than anybody.  That has translated into my life and I hope to transfer that to my daughter’s life as well,” Chu proudly said.

Golding, who is part Caucasian, said his parents didn’t care if mixed-race relationships were frowned upon:“They loved each other so much, they created a life, they put their children up with amazing ethos and pride. They gave us the opportunities to sit between two cultures and be proud of each one.

Chu looked forward to all the stories that come from all generations who haven’t had the opportunity to tell their story.

“To have new content that is fresh and beautiful that is shocking and historic and tells us history that we don’t know, I think that is always good for cinema,” stated Chu, who wants to direct follow-up movies, to complete Kevin Kwan’s trilogy, which includes China Rich Girlfriend and Rich People Problems.”If everybody wants more, I say show up in the theatres on opening weekend.”