Memorable fight scenes among the drug gang, the anti-narcotics agents, and the slum dwellers take place, amid torrential rains, in the maze that is Gracia ni Maria. CONTRIBUTED

“BuyBust” is directed by Erik Matti, of the highly-acclaimed “On the Job,” from a script also written by Matti and Anton Santamaria.

After surviving the slaughter of her entire squad in a drug raid compromised by dirty cops, anti-narcotics special operative Nina Manigan (Anne Curtis), is eager to go head-to-head with the drug cartels that hold a bloody grip on Manila. But when her new mission in the city’s most dangerous slum goes south, the angry civilians turn on her squad. 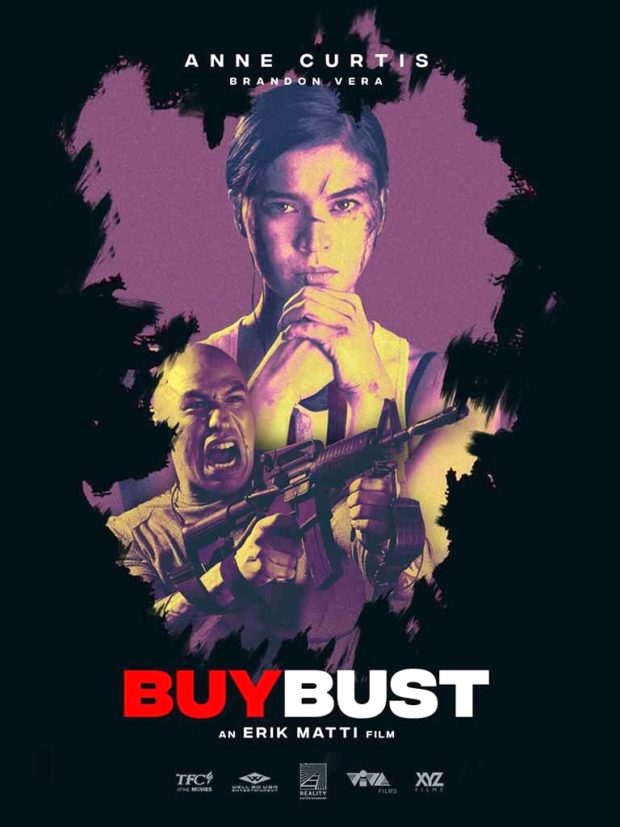 Trapped between a brutal drug gang and hordes of bloodthirsty citizens, their only option is to fight their way out, turning one claustrophobic street at a time into a symphony of apocalyptic violence.

Variety applauded “BuyBust” lead actor saying, “In a radical departure from her usual rom-com roles, dual Australian-Filipino national Curtis is convincing and charismatic as the determined and amazingly resourceful heroine.”