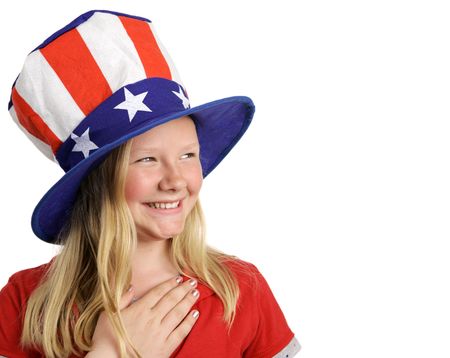 One school in Atlanta, Georgia, planned to drop its school-wide practice of reciting the Pledge of Allegiance in the new school year. According to Fox News on Aug. 10 (Aug. 9 in the US), Atlanta Neighborhood Charter School initially wanted to do away with the pledge to make the school more inclusive.

Elementary campus president Lara Zelski first wrote last Aug. 7 that the school made the decision to drop the morning tradition based on the observation of recent years. As per Zelski, “more and more” students and school staff have refused to recite or stand during the pledge.

“There are many emotions around this and we want everyone in our school family to start their day in a positive manner. After all, that is the whole purpose of our morning meeting,” Zelski was quoted as saying.

Zelski also said that the “Wolf Pack Chant,” taking after the school’s wolf mascot, would be the new pledge created and recited by the students and staff.

However, the charter school reversed its course when its initial move received criticism. Not all parents agreed to the removal of the pledge’s recitation, as per The Atlanta Journal-Constititution, on Aug. 10 (Aug. 9 in the US). Georgia House Speaker David Ralston and gubernatorial candidate Brian Kemp were also not receptive to the idea.

Due to the backlash, a new statement on the school’s website was released, saying that it will be returning to its schoolwide morning tradition of reciting the pledge.

“Our priority is to provide our students with a safe and dynamic learning environment,” wrote Lia Santos, governing board chair of the school. “We support our students in their growth and see it as our duty as educators to respect their First Amendment rights.”

The First Amendment to the US Constitution states that the Congress is prevented from making any law that respects an establishment of religion or one that prohibits the free exercise of freedom of speech, press and religion. The Amendment also protects the freedom of assembly and the right to petition.  Cody Cepeda /ra