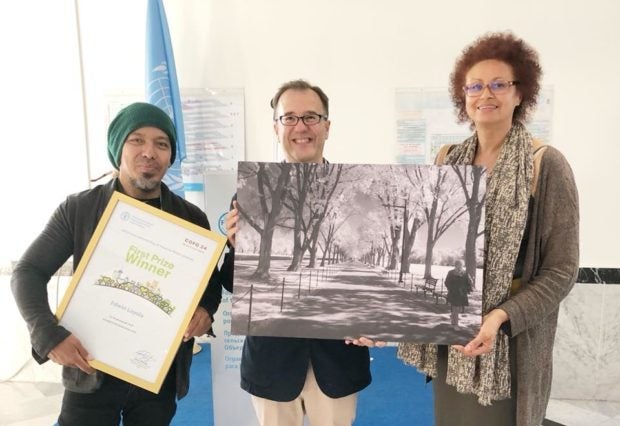 As a young boy in San Carlos, Pangasinan, Edwin Loyolasought the comfort of trees. Like his friends, the vast land with trees was a huge playground.

“Gadgets were not part of my childhood. My friends and I would climb trees as part of our games,” Loyola recalls.

On July 18, 2018, the Los Angeles-based Filipino photographer paid homage to the trees of his childhood during the 24th session of the Food and Agriculture Organization (FAO) Committee on Forestry held at FAO Headquarters in Rome. It was in connection with the International Day of the Forest held yearly in March. The theme was “Forests and Sustainable Cities.” Loyola had bested 300 entries from 60 countries.

Loyola won an all-expenses paid trip from LA to Italy and spoke to guests and UNFAO officials during the ceremony.

“Many years of living in urban areas make me miss the trees, especially during the summer. The summers of my youth were spent under the cool shades of the trees, where I could get a respite from the heat. The tree comforted me, gave me strength. It breathed through me. And I knew then, I could walk another mile to reach home,” Loyola said in his acceptance speech.

It was not the first time Loyola won a major award and most likely not the last.

The tree of life

Since he learned to shoot, Loyola has been entering photography contests all over the world. Armed with his cameras, he shoots images that capture his imagination. He usually files them until such time he can use it for the world to see. “When I go out of town, I usually find trees to shoot, especially during the autumn.”

Loyola says that someone forwarded the information on UN FAO contest to a group chat. I joined the contest because of its social relevance and it has something to do with what I have in mind about city reforestation,” Loyola explains. 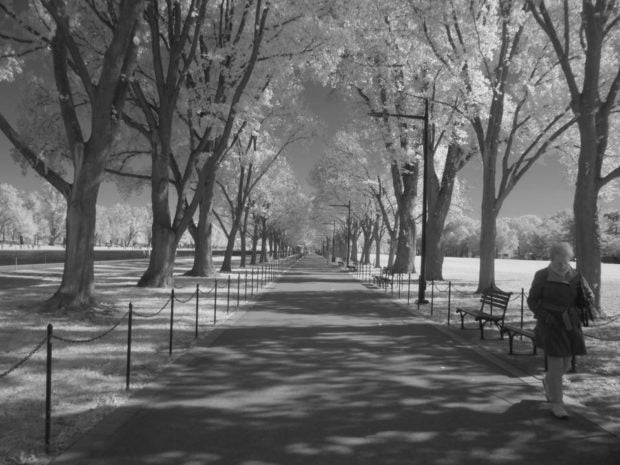 His winning entry, entitled “Path,” was taken in Washington, DC at the onset of spring in 2017.

Edwin says that a photographer does not need to ask permission, as long as it is not a delicate situation. In “Path” the person knew that he was being photographed, he explains. “It was not staged. I just waited for a human element in the setting.”

“Path” invites the viewer to walk through the same road that the person had taken. By looking at the photo, the viewer walks in the opposite direction of the wooded area.

“Spring is another phase in life where the trees are preparing themselves for another phase of survival. But as more and more cities are built, the trees may permanently disappear. We walk away from them. We are walking away from life,” Loyola explains.

Despite being U.S.- based, Loyola has not gone unnoticed in the Philippines for his achievements. On February 26, 2018, he was honored by the National Commission for Culture and the Arts (NCCA) through its annual Ani ng Dangal Awards. He was among the 14 recipients for the visual arts.

Loyola did not even own a camera when he joined a contest in 1993 sponsored by Kodak and the Federation of Philippines Photographers Foundation (FPPF). From a Fuji 110 camera borrowed from a friend, Loyola won awards for his three entries. With his winnings, he bought a second-hand Minolta x 700 that became his companion for many major contests that he subsequently won. He was only able to buy a new camera in 2003 when he won the Grand Prize and People’s Choice Award 2003 Gift Gate and Fuji “Why Smile” Photo Contest.

After a decade of joining contests he went on to win the grand prize of the Nat Geo Channel Contest in 2004 themed as the Joy of Childhood. He was able to go to the United States to do a workshop with Joe McNally of NatGeo.

It’s not the camera 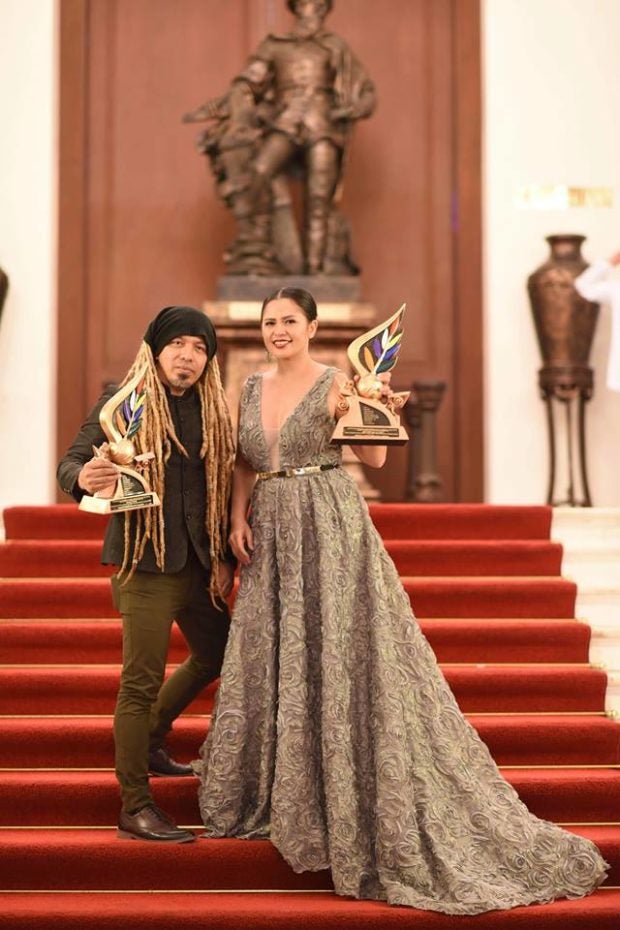 Since he loves traveling, he always brings lightweight cameras like iPhoneX, Lumix, and LeicaQ. Although he has Canon DSLR, which many professional photographers use, he seldom brings it because of the weight.

“In 2010, I bought Lumix (DMC) Converted to Infrared bought from e-bay for $250. I used it for my entry ‘Path’ that won a Grand Prize at the UN FAO Photo Contest 2018. It’sthe same camera that used for ‘Forever’ which won the 2016 IPA (International Photography Awards)-Phil Photographer of the Year Awards (Family of Man),” Loyola says.

Ruston Banal, an award-winning photographer and the Philippine representative of IPA, praises Loyola for giving inspiration to younger photographers because of his presence in the photography art scene.

“Edwin is always an active participant in some of the world’s popular and prestigious competitions, which makes him completely aware of the ever-dynamic visual culture on a global scale. His range in photography, which purely fine art photography, contributes to the whole dynamic of visual arts, and this deserves recognition,” Banal notes.

Loyola never forgets to give back to the community through his charity group, Mission: Save Kids with Cancer.