A mother is building a ‘special place’ for adults with autism

A mother is building a ‘special place’ for adults with autism 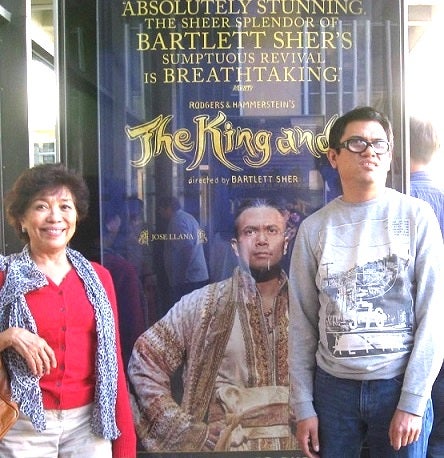 Lirio and Mikey catch the Broadway musical ‘The King and I.’ Mikey has seen autism-friendly performances, such as ‘Lion King,’ ‘Aladdin,’ and ‘Spider-Man’ — some of them more than once! CONTRIBUTED

NEW YORK — In the beginning of her journey into autism advocacy, Lirio Sobreviñas-Covey was like some parents whose children had the condition: “I was in denial.”

She and her husband, Michael, brushed aside unwelcome remarks that their younger son, Mikey, was too quiet, too slow, and a little delayed in his speech. They saw some troubling clues, but as a psychologist and longtime professor of psychology at Columbia University, she knew individuals develop at their own pace. The Coveys have an older son, Billy, who was precocious as a boy.

A neurologist used the term Pervasive Developmental Disorder to describe Mikey’s condition. It turned out to be the umbrella term for Minimal Brain Dysfunction, a form of learning disability that can mean anything from speech delay to Attention Deficit Disorder. It was the ‘70s. Autism was already a medical term but used sparingly at the time, and Lirio said the doctor wanted to be careful.

“I cried,” she confided when interviewed by The FilAm. “I cried.”

She called her mother in the Philippines and cried some more.

Mikey was later diagnosed with autism around the age of 9. At the time, he was a student at a public elementary school in Westchester County, New York. It was a small class for children with developmental disabilities, and he was one of only six students. 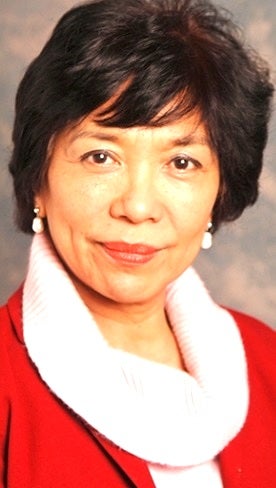 Psychologist Lirio Covey and her late husband, Michael, took care of their son until he was 23. COLUMBIA PSYCHIATRY

He graduated as a special student from the Thornwood Westchester High School at the age of 21. Recalled Lirio in a published interview, “He sat calmly at the dais through the speeches and went to receive his diploma from the principal when his name was called. My husband and I, his Uncle Ricky, and Inez, his nanny since he was 2, were present. We were thrilled.”

While Mikey lived in the Covey home in Westchester for the most part, he eventually settled in a cottage in Armonk when he turned 23 where he continues to live with five other adults. During the day, he attends a workshop where he performs various clerical assignments and participated regularly in recreational and sports activities with the supervision of adults trained in the care of autism.

It is this concept of a “family home” that Lirio would like to introduce in the Philippines through the Association for Adults with Autism Philippines, (AAAP) an organization she founded in 2011.

The U.S. Center of Diseases Prevention and Control estimated in 2014 that 500,000 children may have autism in the Philippines.

“No reliable epidemiological count has been done in the Philippines,” said Lirio. Also unknown is the number of adults with autism.

The family home being envisioned will be called A Special Place. It is a cluster of cottages spread over 9,000 square feet of land in Alfonso, Cavite, where residents can function to the best of their abilities, some by reading, playing sports or growing vegetables. Mikey has been observed to be fond of gardening.

“For a resident in A Special Place, the AAAP is thinking of a monthly charge of P50,000 (approx. $925),” said Lirio. For those who cannot afford, AAAP may need to tap generous individuals or companies for support.

Explained Lirio, “Salosalo Autismo is a movable gathering of friends devoted to helping Filipinos with autism and their families manage the challenges of living with autism.” The project is looking forward to holding a benefit musical concert, and a special production of “SESAR” by Ma-Yi Theatre where part of theater proceeds will go to AAAP.

The goal is to raise funds and related resources towards the first multipurpose living community for adults with autism being developed in Cavite.

It’s a daunting project, and the first time Lirio is getting fully engaged in fundraising. “We have a very good idea, have planned terrific programs but we need to raise money, a good sum of money.”