Fil-Am night market in San Francisco is back 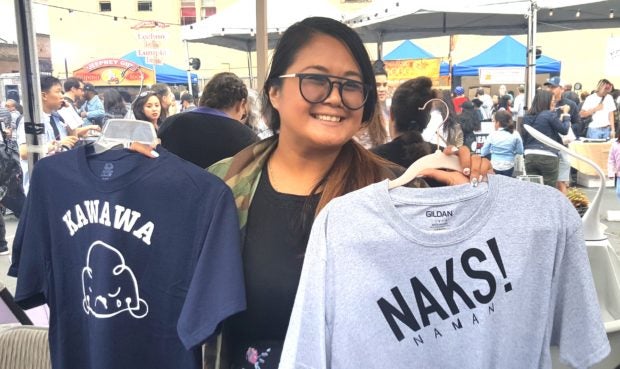 SAN FRANCISCO — The 2018 season of the lone Filipino Night market in San Francisco is off to an auspicious start, capitalizing on the momentum it built from last year, when thousands of participants trooped to its South of the Market Area (SOMA) venue.

UNDSCVRD event producer and co-founder Gina Rosales, who with Kultivate Labs executive director Desi Danganan, were the brains behind the event readily confirmed the rousing participation in last year’s season was carried over to this year’s opening night.

“We have a huge momentum,” Rosales beamed. “I think and everyone is excited about SOMA Pilipinas in general and wants to get involved. But we still need more people.  There are still so many Filipinos out there need to find and get them involved and engage us.”

Danganan reported that a “tsunami” hit SOMA Pilipinas last year with 10,000 people, twice the number they had in mind.

“There’s room for everybody in the present parking lot venue, behind the San Francisco Chronicle parking lot. No waits to get in and plenty of room to accommodate our growing crowds,” Danganan explained.

“We typically generate around $55,000 in economic activity for our vendors. Last Saturday we hit approximately $70K—that’s almost a 30% increase! It’s great. We are building on our success and everyone in the community wants to see the cultural district rise so everyone is participating to make this happen.”

The longest lines are usually for the food trucks or booths where guests savor Filipino food like lechon, lumpia, sisig, barbecue, among others. INQUIRER/Jun Nucum

Among the improvements this year is a whole parking lot dedicated to families with kids with karaoke, mahjong sessions and a Lego, video games, bubble area, etc.

SOMA Pilipinas is located in a massive stretch of land zoned out through a legislation unanimously passed by the San Francisco City Board of Supervisors in April 2016. It was apportioned to become a Filipino cultural district for Filipino families that continue to flock and live in the South of Market.

Bounded by 2nd St. to the east, 11th St. to the west, and Brannan to the south, SOMA Pilipinas represents a diverse selection of small businesses, parks, and community service groups that have served the thriving Filipino community for decades.

Danganan explained UNDSCVRD SF refers to the challenge that a lot Filipino culture still remains to be discovered by the mainstream. The idea, he also explained, is to package that cultural presence to appeal to Millennials.

“This year we chose third Saturdays of July to October because we wanted to start earlier into summer with a pop-up in December for the holidays,” Rosales explained.

UNDSCVRD SF publicist Paloma Concordia was excited with the more family-friendly night market that she brought her three boys for their much-needed bonding time. 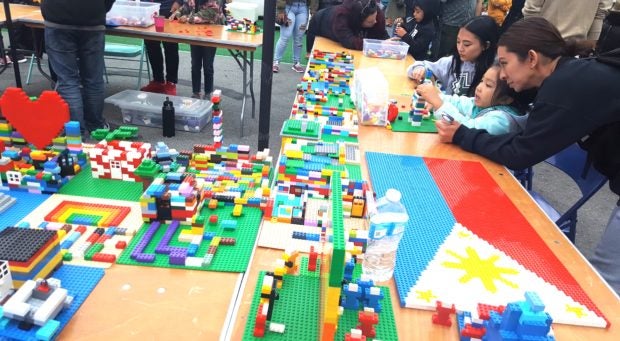 There are Latinos, whites, African Americans and other Asian attendees that crowded the different booths. “This makes me feel so proud to be a part of the event, of the Filipino community,” Concordia said.

One enthusiastic attendee was Filipino American Arts Exposition (FAAE) Board Director Al Perez, who will have FAAE’s 25th Pistahan staged weeks from now. Perez praised UNDSCVRD as a great opportunity for non-Filipinos to discover Filipino culture and heritage.

“It is similar to Pistahan in that it is a celebration of the Filipino community, culture, entrepreneurs. It’s different in that it focuses on enlarging the presence of Filipino businesses. It is great that it is happening right now weeks before the 25th Pistahan festival which in itself is a milestone,” an upbeat Perez remarked.

Artist Kimberly Arteche thought of the Lola Project where tributes to grandmas or lolas are written to keep their memories alive. INQUIRER/Jun Nucum

Noteworthy among the numerous booths were those that pay tribute to the elders, particularly the grandmothers.

Artist Kimberly Arteche embarked on a Lola project where she encouraged anyone to write their memories and messages for their lolas on paper to be pasted on a wall.

“We also have dusters for people to dress up like Lola. We are creating good vibes and good memories because I think that people don’t give enough time to remember the good things with our lolas. Everyone’s recollection of their unique lola memories — about the food lola cooked for them, their lola’s favorite songs and lullabies, how lolas dressed up, how their lolas brought them to school every day, etc – make our heart grow fonder,” Arteche said. 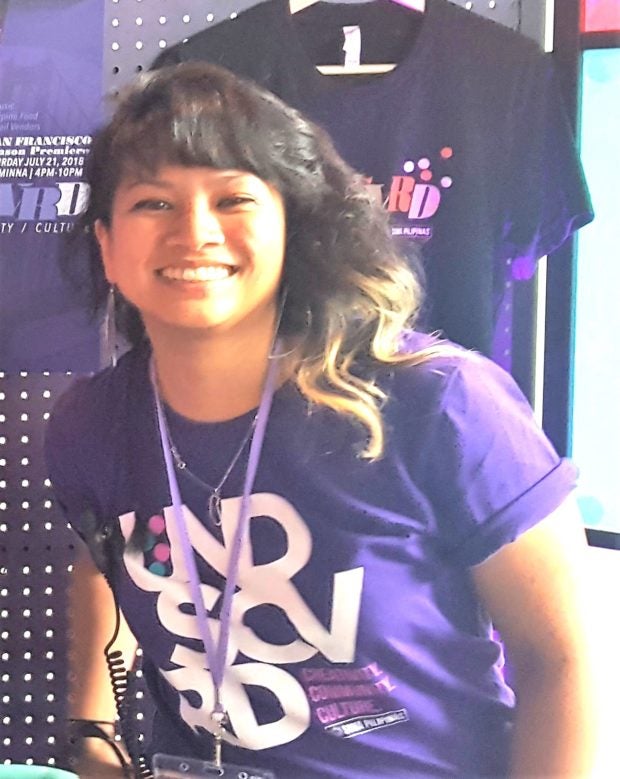 Event producer and co-founder Gina Rosales thinks that although many are coming to the night market event, there are still many Filipinos that need to get involved and engaged with them. INQUIRER/Jun Nucum

“My printed shirts make a non-Tagalog speaker interested in knowing what Tagalog words like gigil, kawawa, naks naman, pogi, kuya, ate and bunso mean. This way, they latently connect the Filipino culture, particularly the Filipino language to those that do not speak the language.”