Depression may lead to drug addiction, suicide, or mysticism

Depression may lead to drug addiction, suicide, or mysticism 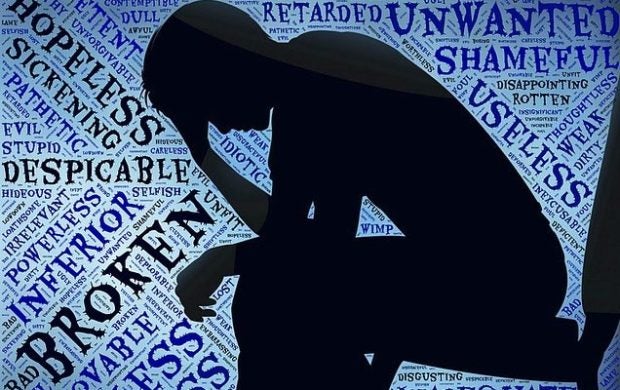 In 2015, Vice Ganda let the cat out of the bag and publicly admitted that, as a teenager, he was suicidal. It’s a confirmation of the many psycho-medical studies that say adolescents and those who belong to the LGBT identity are prone to despair following bullying, family problems, peer pressure, and social rejection.

What entertainer Joey de Leon insinuated in October 2017 is untrue, that “depression is just made up by people. They do it to themselves.” Nobody was laughing and, rather quickly, netizens retorted that such comments add insult to (psycho-emotional) injury.

Depression may be of two types, one is a depressed mood that everybody experiences, one way or another. The second is a persistent depressive disorder (PDD), which is considered a mental health problem of about 300 million people around the world.

The first is a normal, temporary reaction to life events such as loss of a loved one, social isolation, financial problems, unemployment, stress in living conditions, a medical diagnosis (cancer), separation, broken-heartedness, etc.

Maricel Soriano, 53, admitted she fought a long and deadly battle with depression when her mother died in 2009. Nadine Lustre, 24, went through the same brawl with melancholy after her little brother committed suicide in 2017. It’s a partial loss of hope, a feeling of desperation and of not being able to improve a bad situation.

Although struggling with a depressed mood, Solenn Heussaff, 33, Nadine Lustre, Sarah Geronimo, 30, and Sharon Cuneta, 52, did not escape life’s pain and problems by using drugs.

The second one (PDD) is severe depression, chronic and persistent, damaging and at times fatal. It is associated with complete loss of hope. It’s despair at its worst and may lead to alcoholism, drug addiction, or suicide.

American pop star Demi Lovato, 25, battled emotional angst, bipolar disorder, a suicidal tendency as early as age seven. This year, after recovering from a suspected overdose, she spoke openly about her history of drug and alcohol abuse.

It appears Millennials and Centennials easily give up hope. However, the youth are not the only ones plagued with hopelessness. Sufferings, pains, hardships indeed are a sad part of every human life, from cradle to the grave. And, therefore, nobody is exempted.

The globe-trotting culinary expert and suicide Anthony Bourdain once told the New Yorker magazine “I have the best job in the world.” In fashion, and for many women, a Kate Spade handbag functioned like a most tangible symbol of personal glory.

However, I like the rest of the world, still couldn’t believe that this year Bourdain, 61, and Kate Spade, 56, hanged themselves.

The signs of the times are shouting loud and clear: Let’s be more caring, compassionate, and empathetic to others – let’s learn to really listen and genuinely love – for we do not know what’s going on inside of them.

Like everyone else, we fight and lose, struggle and fail, we sin and die. Face to face with depression, there are two paths to choose: One leads to despair (alcoholism, drugs, and suicide) and the other path leads us to the sublimation of our human frailties, woes, guilt, and broken-heartedness.

Christian sublimation is a human attempt (by God’s amazing grace) to lay down all pains and sorrows upon God’s Altar in Heaven in the imitation of Christ, His Son (in His most sorrowful mysteries), in His Paschal Mystery. That’s the goal: imitatio Christi.

The tool made available to us is the three-pronged Christian virtue of hope.

The first prong of hope is to face bravely all frustrations and disappointments in life, to see something bright in a cloudy night and struggle every single day to overcome pain and sorrow, believing that our God is bigger than our problems.

The second is called asceticism, that is, learning to restrain from legitimate self-interests, controlling some desires, training the soul to empty itself (kenosis) by mortification and self-denial. To carry one’s cross like Jesus, believing there’s power in self-sacrifice!

As Archbishop Fulton J. Sheen has put it so nicely: “There is a great difference between pain and sacrifice: Pain is sacrifice without love. Sacrifice is pain with love” (The Rainbow of Sorrow, 1938).

And the third is called mysticism, that is, when our emptiness is filled with God. Only with God and nothing else.

Jose Mario Bautista Maximiano is the author of  The Beginning and the End (Claretian, 2016). Comments to [email protected]