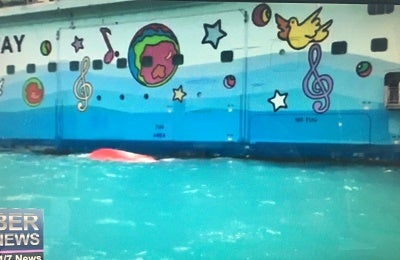 NEW YORK — Last week, Norwegian Cruise Line asked a federal judge to order arbitration in the Philippines—instead of a court trial in the United States—to settle a negligence lawsuit brought by the family of a Filipino seafarer who died nearly two years ago while participating in a rescue drill aboard a cruise ship.

NCL (Bahamas) Ltd. filed papers in a Florida federal court on Thursday, July 19, 2018, saying the claims by Geraldine Buenaventura over the death of her husband, Ben Buenaventura, must be arbitrated in the Philippines pursuant to the terms of the employment contract that he signed with the cruise company.

While it is illegal by federal law to force arbitration without a written agreement between parties, the cruise ship argued that the signed employment contract satisfies several conditions to arbitrate disputes in the Philippines. The cruise company also said that Buenaventura was not a U.S. citizen.

Arbitration occurs when a private attorney decides the outcome of a case as opposed to a judge or an unbiased third party.

Buenaventura died on August 27, 2016, after a lifeboat safety drill failed while he was aboard the Norwegian Breakaway and the ship was docked in Bermuda. He was taken to the intensive care unit at a hospital in Miami, Florida.

It was reported that Buenaventura, who was working as a waiter, suffered a traumatic brain injury and fractured legs, hip, and right arm. After spending more than a month in intensive care, he succumbed to his injuries. 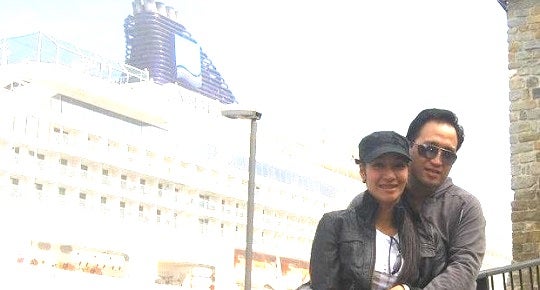 Crew member Ben Buenaventura, seen here with wife, Geraldine, died as a result of his injuries from a safety drill accident.

Along with Buenaventura, his fellow Filipino crew member, 41-year-old Diogenes Carpio, also died in the accident.

Geraldine Buenaventura, who also worked for Norwegian Cruise Line as a restaurant hostess, sued NCL Ltd., alleging that her husband’s death was caused by the cruise ship’s negligence and failure to provide safe equipment on board the Norwegian Breakaway. Davit International, the maker of the crane that broke while lowering a rescue boat during the safety drill, was also named in the suit.

For nearly a century, the United States has granted protection and various rights, including the right to medical care, food, and shelter, for all seafarers—no matter what nationality.

Under the Merchant Marine Act of 1920, or known as the Jones Act, seafarers are entitled to compensation for injuries suffered due to negligence by their employers and have the rights to sue their U.S.-based employers in U.S. court.

But in 2005, after major cruise lines argued that foreign arbitration should be enforced for employees who had signed international commercial contracts, a federal court ruled in favor of the cruise companies.

Maritime advocacy groups said it was the start for many cruise lines to include a clause in a seafarer’s employment contract that mandates arbitration in the event of an injury or accident.

And since the ruling, when Filipino seafarers file suits in U.S. court, federal judges often dismiss them, ordering that these cases be settled through arbitration in the Philippines instead.

Once an arbitration decision has been made between the employer and seafarer, MIG says, “there is not much recourse for seamen [or their family] should they dispute the outcome.”

“Most of us often ignore this [arbitration] clause, or are completely unaware of it,” said a Filipino seaman who is currently renewing his contract with a cruise line and therefore does not want to be identified.

“It is written in small letters, at the bottom page of the contract. No one pays attention to it, which unfortunately turns out to be one of the most important parts of the contract,” he added.

Lawsuit filed in the Philippines

Last January, Geraldine Buenaventura reportedly filed suit in the Philippines. But the Philippine arbitral panel dismissed it because the panel reportedly did not have jurisdiction over her complaint.

Since the Philippine panel dismissed the case, Geraldine now argues that it is within her rights, under the Jones Act, to pursue civil actions in the United States over the wrongful death of her husband.

If Norwegian Cruise Line could force her into arbitration in the Philippines, she may be denied the right to a jury trial in the United States. In addition, the compensation that she could get may only be a fraction of what may be granted by a U.S. jury.

In the United States, seafarers can file damages on the basis of employer’s negligence—and they can receive payments or benefits, which can be lifetime, that cover their losses or damages.

The Philippine arbitration system, however, does not allow a seafarer to sue for negligence—and it only offers payouts based on a predetermined compensation chart, in which each body part has a designated price.

One-third of all ship workers

Filipinos make up more than 30 percent of all ship workers in the world. Statistics on how many seafarers in general are injured or died each year is hard to come by partly due to reporting compliance.

Between 2015 and 2016, according to the Seafarers’ Rights International, there were about 206 cases of injuries reported. Of those cases, 86 percent were considered serious.

But a study of P&O Princess Cruises found that about 4,500 seafarers are sent ashore for treatment every six months. Since cruise companies self-report injuries and shipboard doctors may not include onshore treatment, the number of injured seafarers could be higher.

“[Buenaventura’s case is] representative of the injustice that is often done to cruise ship crew members,” said Michael A. Winkelman, the lawyer who represents the Buenaventura family.