OAKLAND, California — A Filipino caregiver couple heaved a deep sigh of relief after a labor court here awarded them their claim for unpaid wages including overtime, liquidated damages, and waiting penalties by a in Oakland, California.

The decision and award written by hearing officer Maria Laboy of the Labor Commissioner’s Office in favor of couple Joselito and Perla del Rios (not their real names) came almost four months after the February 28, 2018 hearing at the Oakland Department of Labor Standard Enforcement (DLSE).

The decision became final and enforceable after the defendants, mother and son Estella and Dioneil Noriega, owner and administrators of Ella’s Home Inc. and Gaenor Home Inc. and the del Rios’ employers, reportedly failed to file an appeal to the appropriate court within 10 days of being served the document. 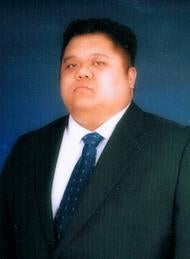 “We are just waiting for judge’s signature, then the sheriff will execute the award through lien, garnishment, and levy,” explained the couples’ lawyer Richard Taguinod. “This case goes to show that even if the legal entities are a corporation or limited liability company (LLC), defendants are still personally liable.”

The del Rios filed an initial claim with the Labor Commissioner’s Office on May 18, 2017 alleging that they were paid a monthly flat rate corresponding to $9 per hour, eight hours a day, and five days a week with no overtime pay, as they were made to believe,to compensate for the meals and lodging expenses they incurred while staying on the facilities while on duty.

The complainant couple worked at the Ella’s Home Inc. then transferred to Gaenor Home Inc., both in Concord, owned and administered by the defendants from May 18, 2014 to September 30, 2016.

In the only hearing conducted in Oakland DLSE, plaintiffs were represented by Taguinod and his partner John Godoy, while the mother-and-son team of Estrella and Dioneil Lee Noriega appeared on behalf of Ella’s Home Inc. and Gaenor’s Home Inc.

The court found that the del Rios performed services as caregivers under the terms of an oral employment agreement in the County of Contra Costa, California, at the applicable minimum wage rate per year on a monthly basis.

They lived in the facility Monday through Friday and among their duties were getting the residents ready for school: bathing; dressing; feeding the residents and arranging their backpacks and completing other tasks after the residents left for school. They also prepared dinner, did laundry, administered medication, supervised and monitored the resident’s playtime as well as clean and bathe them as needed before they usually went to bed at 10:00 p.m.

Through their testimonies, the plaintiffs established that they worked 11.5 hours per day during time residents attended a school program and up to 16 hours per day during the times residents did not attend a school program.Because of the court’s finding, defendants were ordered to pay each of the plaintiffs their wages for overtime and double-time hours.

The del Rios’ lawyer Richard Taguinod shared that his clients, though confident of the outcome, were stressed and experienced personal difficulty while the case was being heard.

“Now, they’re even afraid of retaliation (physical harm) from the defendants. But they had to move on and continue to work as caregivers, which was the only skill and (work) experience they had in the U.S.,” Taguinod relates.

“Just like them, most of the caregivers do not know that they should be paid for their nighttime duties too. They should not be paid a flat rate just because they were being fed and afforded lodging by employer,” Taguinod added.

Godoy stresse that employers cannot claim a debt of gratitude from the caregivers/employees for providing them (caregivers) jobs because employers also benefit from the service rendered by the employees.

“It is a two-way thing, and everything should be done in accordance with the law. and even if the caregivers were being fed meals and given lodging, there is a law governing this arrangement. The law stipulates that at most, employees should be charged only around $20 for a day’s three meals plus lodging.  Many are scared to complain because when they do file, they may need to resign if not fired from work and not only lose their job but also a place to stay,” reminded Godoy.