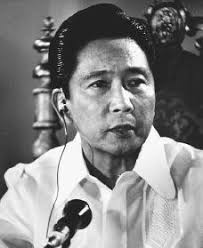 So, what did Hitler, Stalin, and Marcos have in common? First, they were raised as Christians. Secondly, which is the opposite of the first, they executed their enemies and perceived enemies. And thirdly, all three were consumed by power.

History considers them ruthless dictators and despicable strongmen, and history now keeps a planeload of official documents/records to buttress its claim.

He was head of the Nazi Party (NSDAP), Chancellor of Germany from 1933 to 1945, and the Führer (leader) of the German Empire.

A delusional product of the “cult of personality,” he was very popular while in power. Millions of young Germans were thrilled to acquire Hitler’s 1925 published book entitled Mein Kampf (My Struggle).

Although raised in a Roman Catholic family in Austria, Hitler later became Europe’s godless scientist whose Frankenstein’s monster was Nazism.

The Nazi orthodoxy made the Aryan a “superior race” and the Nazi orthopraxis led to the Shoah or the Jewish Holocaust, which transformed the Third Reich into “a genocidal state.” It was a cruel time when Hitler played God without divine permission by killing six million Jews whom he categorized as untermenschen or subhuman.

Hitler was described as a “neurotic psychopath” who had an increasingly erratic behavior (Dr. Walter Langer, Harvard University) after he became addicted to amphetamine in 1942. Nonetheless, according to Ernst Hanfstangel, Hitler’s foreign press secretary, Hitler never cursed or used profanities in public.

In his youth, Stalin was so influenced by a very religious mother that he entered a Christian Orthodox seminary. However, like young Hitler, the boy Stalin refused to conform to the discipline of his school and was repeatedly locked in a cell for his rebellious behavior.

Like Hitler, who built a “cult of personality,” he too was idolized. Stalin ruled the Soviet Union from 1925 to 1953 as General Secretary of the Central Committee of the Communist Party of the Soviet Union and as Premier.

His totalitarian government, like Hitler’s, was responsible for ethnic cleansing and mass repressions, and “the systematic killing of people on a massive scale.”

He suffered a series of strokes in 1945, the year Hitler committed suicide. In 1953, after experiencing severe depression and paranoia on his last days, Stalin was either poisoned with warfarin or died of a massive heart attack.

Marcos was a Catholic convert from the Aglipayan church. He was presidential and, like Hitler, never cursed in public. In high school, I learned to admire Marcos because of his erudition, brilliance, and statesmanship; I even cited in oratorical contests some excerpts from his extemporaneous speeches – and won.

Students today can just google “Ferdinand Marcos Sr.,” yes, but they must also use critical thinking when scanning a list of a thousand well-documented characterizations. Here I took the liberty to summarize the common denominators among of them:

His administration was infamous for the First Lady’s ostentatious extravagance (hence, “Imeldific” became a part of the Oxford Dictionary), political corruption (the rise of cronyism and local dynasty), and police-military brutality. He was President from 1965 to 1986 who declared martial law (1972-1981) and ruled as a dictator.

Listed as one of the high-profile kleptocrats of modern history, Marcos was stricken with lupus, his body rotting while still alive. While surrounded by secured huge boxes of plundered fortune, he died as a stranger in a foreign land.

Samuel Butler (1835-1902) once wrote: “God cannot alter the past, historians can.” Unfortunately, Butler’s idea became so real in the new millennium with fake news and distorted history flooding social media.

Once in a while, as the educator’s duty dictates, I insert research-based historical tidbits in my writing and classes/conferences so that our Millennials and Centennials may know and, hopefully, do not forget.

Jose Mario Bautista Maximiano is the author of 24 Plus Contemporary People (2019). Comments to [email protected] or twitter.com/DrMaximiano