The dead do not always die

YOKOHAMA—The media here have been dominated by two stories: the intense, record-breaking rainfall that has caused massive destruction and loss of life in western, southern and central Japan; and the execution by hanging of the founder of the Aum Shinrikyo cult, Shoko Asahara, otherwise known as Chizuo Matsumoto. Six other members of the group were hanged as well. Six more remain on death row while six others are serving life sentences.

The beliefs of Aum Shinrikyo, which means “supreme truth”, is a syncretic assemblage of Hindu and Buddhist beliefs, with apocalyptic Christian prophecies worked into the mix. The cult was founded in the 1980s and was proven to be behind the deadly 1995 sarin gas attack on Tokyo’s underground system, that resulted in 13 deaths and scores injured. Cult members were also behind a 1994 attack which killed eight and injured 600. 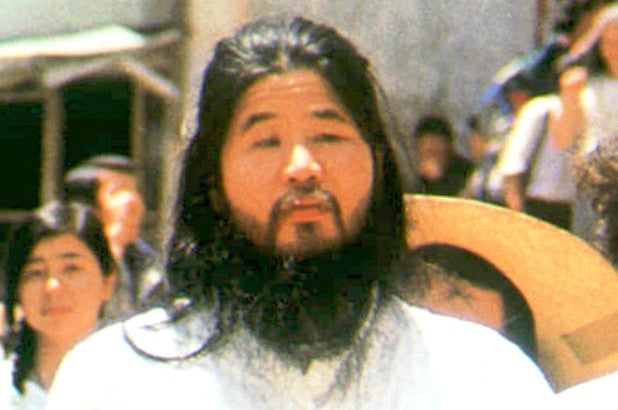 Asahara presented himself as a new Christ as well as the world’s first “enlightened one” since the Buddha. Globally, at its height, Aum Shinrikyo was believed to have tens of thousands of devotees.

The cult has not disappeared. Its followers have formed two new groups, Aleph and Hikari no Wa. While tagged as “dangerous religions” and placed under surveillance, both are legal in Japan.

Asahara’s body was cremated by the authorities. According to media reports, the cremains were to be given to Matsumoto’s fourth daughter—he had designated her as his custodian—but it isn’t clear if she will accept the ashes. Apparently, she is fearful of being besieged by her father’s followers, who are still around, and/or being hounded by the families of those who perished due to the nerve gas attacks.

The decision to cremate was motivated partly to avoid having the body become a reliquary, an object of veneration, particularly if the body had been handed over to his widow, Tomoko Matsumoto.

I couldn’t help but think of the parallels—and differences—between the Matsumoto cremation and how the body of the late dictator Ferdinand Marcos has been preserved by his family, to serve as a potent symbol for the Marcos loyalists. Since Marcos died in Hawaii in the care of his family, his body was never in the custody of the Philippine government. Even if it were, chances are, the corpse would have been given to his widow Imelda.

Unlike cremains, an embalmed body has the distinct advantage of bearing a likeness to the once-living person. Where death has occurred in the context of political upheaval, the state of the body could be seen as a threat to the body of the state, a visible (and, for nonbelievers, risible) rallying point for the deceased’s followers.

With regard to the dead dictator, some of his loyalists believe he now operates in heaven’s corridors and is therefore in a position to grant favors to the faithful—just as the tyrant did when he ruled the land.

There is some question, however, of where the body actually is. Like almost everything associated with Marcos, the truth is difficult to ascertain. Before his burial at the National Heroes Cemetery in late 2016, done with little publicity and in the early morning, reports had already been circulating that he had been buried in some location known only to his family and a small circle of friends.

And there was a great deal of skepticism that the body on display in the mausoleum up north was the real McCoy (or Macoy, in local parlance, as Marcos was often referred to). What purported to be Marcos looked to have died healthy and in his 40s, whereas the man passed away in decidedly poor health, puffed up, and in his 70s. And if one visited the Marcos ancestral home nearby, one would see a room full of life-size Marcos dummies that looked remarkably like the mausoleum Macoy, engendering speculation that the elevated platform on which mausoleum Macoy rested actually contained the real article.

This continuing charade brings to mind the case of Evita Peron, who died in 1952. Her husband Juan Peron, Argentina’s president at the time, had her embalmed. In 1955, he was deposed in a military coup; Evita’s embalmed corpse was spirited out of the country, embarking on a strange odyssey for two decades.

Under an assumed name, Maria Maggi, she was buried in a cemetery in Milan (thoughtfully arranged by the Catholic Church, always the friend of the powerful), before it was then brought, in 1971, to the widower Juan Peron, living in exile in Madrid. Peron and his third wife Isabel apparently kept Evita on a platform in their dining room. (I wonder if any food was placed for her as well. She might have served to mediate in any dinner-table arguments the couple had.) In 1973 Peron returned to Argentina and claimed the presidency for the third time. Evita was brought back as well, where she finally reposes in the Recoleta Cemetery.

There is life after death after all, even though the dead may not know it.