US prison bans ‘Game of Thrones’ books because of maps 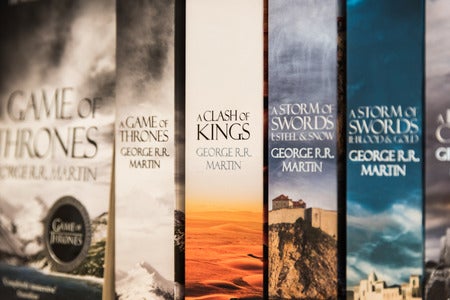 In one Maryland prison, any “Game of Thrones” book is considered contraband.

An essay in The Marshall Project, which covers news about the United States’ criminal justice system, details the odd rules in the Maryland Correctional Institution for Women from an inmate herself, Kimberly Hricko.

Hricko is serving life for murdering her husband and setting their hotel room on fire to cover it up in 1998.

She wrote in the June 28 article that a number of seemingly innocuous items sent through the institution’s fastidious mail system have been withheld from her and other inmates.

She said she understood why escape plans would be contraband, but when she was unable to receive a “Game of Thrones” book because of its maps, she quipped, “I guess I won’t be escaping to Westeros!”

She was allowed a Bible, but the ribbons serving as bookmarks were snipped off when she received them because they were considered contraband.

Who makes the rules? It’s one Miss Beatrice, whom she says no inmate has met and outlines her contraband explanations in “spidery handwriting.”

Hricko was also not allowed to see her daughter’s wedding pictures — she and her husband left one child — because in the pictures were bottles of alcohol, and alcohol is contraband.

Still, there are cracks in the system: Hricko has managed to receive $10, which she sent back out of fear.

But perhaps to prove how arbitrary the rules can be, she mentioned that she was unable to receive a thank-you note from the tree-planting nonprofit Arbor Day Foundation after she donated to the cause. “Trees are contraband,” the withholding slip said — she had been given a seedling.

It may be just as well that she was banned from reading the epic fantasy series. “Game of Thrones” author George R.R. Martin doesn’t seem to mind taking more than a lifetime to finish the final two novels, with the last book published back in 2011. Niña V. Guno/JB