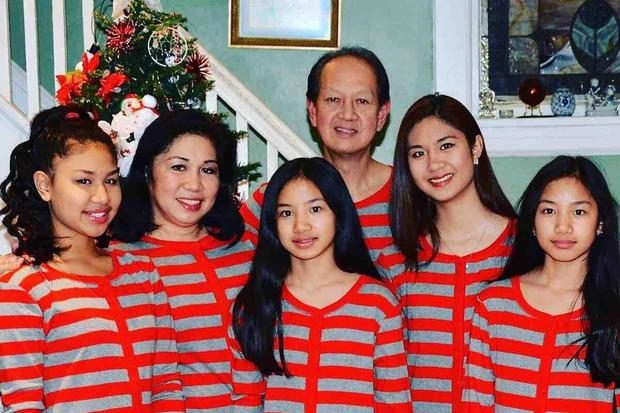 All Trinidad family members, except mother, Mary Rose (second from left), died in a vehicular crash in Townsend, Delaware on Friday, July 6, 2018. GOFUNDME

TOWNSEND, Delaware — Police say the five people killed Friday in a crash on a Delaware highway were a 61-year-old Filipino father from Teaneck, New Jersey and his four daughters.

According to reports those killed in the crash are Teaneck, NJ, resident, Audie Marquez Trinidad, 61, as well as his daughters Kaitlyn Trinidad, 20; Danna Trinidad, 17; and 13-year-old twins Melissa Trinidad and Allison Trinidad.

Matriarch of the family, Mary Rose Ballocanag, 53, is currently hospitalized with serious injuries, however, she is expected to survive.

Police say the family was riding in a minivan Friday afternoon on U.S. Route 1 in Townsend when a pickup truck traveling south crossed the median for unknown reasons and hit the northbound minivan and another car.

The truck driver, a 44-year-old man from East New Market, Maryland, was treated and released from the hospital.