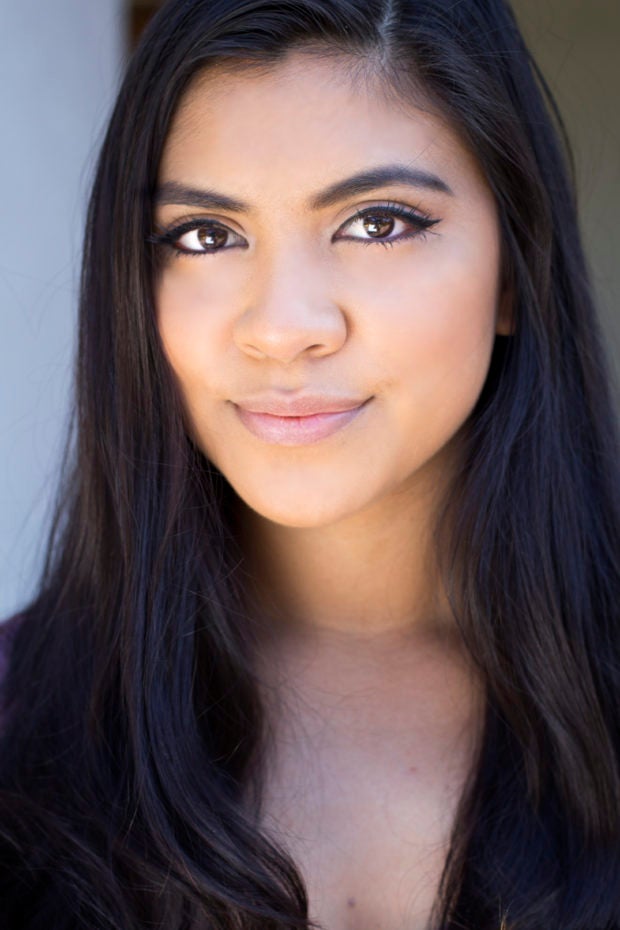 SAN FRANCISCO — Filipino American Alysia Beltran will play Esmeralda in “Disney’s The Hunchback of Notre Dame” in a staging by Bay Area Musicals at Victoria Theatre.

Based on the Victor Hugo novel and on the animated Disney film, the musical features songs by Alan Menken (“Disney’s Little Mermaid,” “Disney’s Beauty and the Beast”) and Stephen Schwartz (“Wicked”).

Esmeralda is a brave gypsy who is kind to Quasimodo, the hunchbacked bell ringer of the Notre Dame cathedral.

Set in 15th century Paris, the musical follows Quasimodo and Esmeralda as they deal with Dom Claude Frollo, Quasimodo’s evil caretaker who hates gypsies but lusts after Esmeralda.

The show is directed and choreographed by Matthew McCoy, with musical direction by Jon Gallo.

Born and raised in San Francisco, Beltran’s father is Filipino and her mother is Salvadoran and Colombian.

“I’m so lucky to have grown up in such a culture-rich city, around so many different people.  I wouldn’t trade it for the world!” she says. 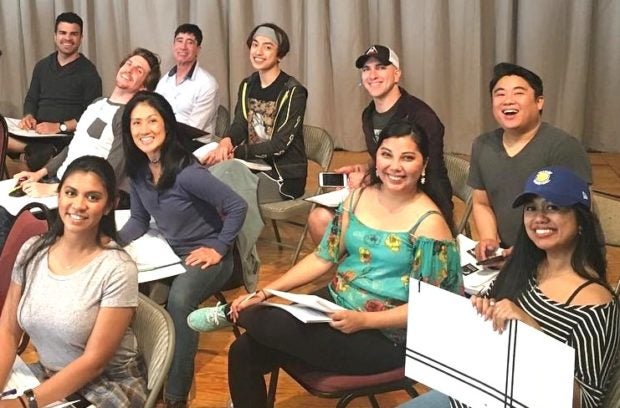 Beltran (left, front) and the rest of the cast in rehearsals. BAY AREA MUSICALS

When Beltran found out she had landed the role of Esmeralda, she called up her boyfriend and her parents. “In tears. It was such an exciting moment in my life!”

Along with the excitement came the weight of responsibility she knows that the role carries.

“I knew at that moment that I had a huge challenge in my hands. Esmeralda is such an inspiring character, and someone I looked up to growing up.

“She always fought for the underdog and stood solely for social justice. She fought for progress and never let ability, race, or class stand in her way. Being a woman of color, it is an honor to be able to play a strong character fighting for her people!”

However, Beltran was not always a fan of the animated film.

“To be completely honest, I was a little afraid of the movie growing up,” she confesses. “But then again, I was also afraid of Ursula in ‘Disney’s The Little Mermaid!’”

But it was because of the Esmeralda character that Beltran soon grew to appreciate the musical more and more. “I remember looking up to Esmeralda as the hero in the story, someone who looked like me, fighting for what she believed in.”

To now have the opportunity to play a character she identified with so much growing up is not lost on Beltran. “As an actress of color, being a part of this musical means a lot because I had few role models to look up to in the theater world growing up.”

Beltran has been dancing since she was four years old. She enrolled in a musical theater class when she was ten years old. “And I fell in love!”

“When the movie version of ‘Rent’ came out, my older sister would play the DVD non-stop. I saw an array of humans singing and dancing and that was when I knew that musical theater was the right place for me.”

Juan Castro is originally from Los Angeles. His recent credits include “Willy Wonka,” “Into the Woods,” “You’re a Good Man, Charlie Brown,” “Rock of Ages,” “The Addams Family” and “American Idiot.”

Beltran observes that stories with diverse characters are gaining popularity, giving “families everywhere the heroes to look up to that look like all of us.”

She believes that the story of “Hunchback” is “so relevant today as people are still cast out from society for so many different reasons. My hope is that everyone walks away from the show with a little more love in their heart for others.”