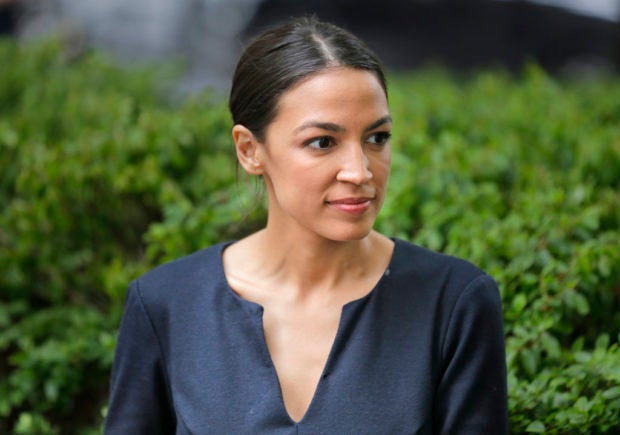 NEW YORK (AP) — A few days ago, few people outside of Queens and the Bronx knew who Alexandria Ocasio-Cortez was.

Now she’s being asked about running for president.

The 28-year-old Democrat appeared on the ABC program “The View” Friday to talk about her upset victory in a primary over a 10-term New York congressman.

On the show, she was asked whether it was true that she’d aspired since she was a teenager to be president someday.

The candidate graciously sidestepped the subject on the daytime talk show.

She said it was “exhausting just running in the Bronx and Queens” and she can’t imagine how national candidates do it.

She faces Republican Anthony Pappas in the November midterms. NVG