Lucky charm: 10-year-old girl goes for world record of picking most number of four-leaf clovers in an hour 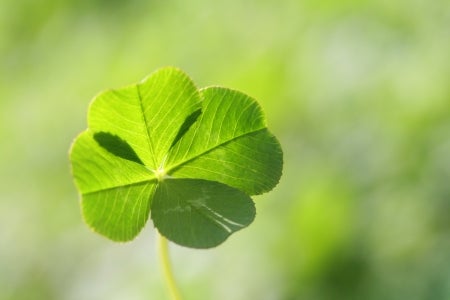 At 10-years-old, Katie Borka of Spotsylvania County, Virginia has already made a name for herself — being a young world record-holder.

The little girl will soon be in the Guinness Book of World Records after finding the most number of four-leaf clovers in only an hour — 166 pieces in total. She set the record on Saturday, June 23, reports The Free-Lance Star.

Several people witnessed how Borka got the world record. As she placed ten clover leaves in her small plastic container, she had to have verification from a three-member team. “We had to throw out six or seven because they were five-leaf clovers,” said local agriculture teacher Heidi Davis, who was part of the verification team.

While picking the lucky leaves, she even found something that was new to her: a nine-leaf clover. The report cited that it was a first for the girl, as she had previously seen two seven-leaf clovers and one eight-leaf clover.

Borka’s mom Sara said that her daughter has had a skill for finding the special clovers, either while taking a walk or spending time outside her camp.

“She’s never done it for more than five or 10 minutes at a time, so we didn’t know what she would get,” Sara was quoted in the report. “But she really does find them everywhere.”

Meanwhile, Borka’s father Robert revealed that their attempt for setting a record was already their third try. They initially applied in March 2017, but only got the approval in August. By that time, the clovers had died off.

“We tried back in early May, but the clovers weren’t growing because of the cold weather,” Robert explained. “Then an early June attempt failed because of the massive storms that came through. They’re only here now because it’s been cooler and wetter.”

So far, Borka has to wait for confirmation from the Guinness World Record, which still has to verify the evidence and certify it, to make it official. Robert said that the process was “pretty lengthy” and could take up to 12 weeks. They have the option to pay $650 (about P34,000), but they opted not to.

If confirmed, the 10-year-old will be the first record holder of such achievement. Katrina Hallare/JB

Find the right fit before you start your home garden