On Vincent Chin and from Snafu to Tafu

On Vincent Chin and from Snafu to Tafu

Ordinarily at this time, I’d be talking about the hate crime that changed Asian America, the beating death of Vincent Chin in a Detroit suburb June 19, 1982.

I didn’t forget. And I hope you didn’t.

A Chinese American was beaten to death with a baseball bat by a guy who got into an argument with him that started in a strip club.

Almost seems quaint given the police shootings and violence in the recent past. But the Chin case was enough to unite and galvanize a generation of Asian Americans for social justice in its day.

And it’s still not resolved totally. That’s why in 2016, I proposed we take the four days when Chin was in a coma, from June 19 (the day of the beating) to June 23, as days we should pause and remember there’s still much to be done.

For more than three decades, the case has been the open wound of our broader Asian American community. It remains unsettled because Chin’s killers, Ronald Ebens and his stepson, Michael Nitz, were allowed to plea bargain from second degree murder to manslaughter, given three years’ probation, and fined $3,720.

You read it right. Probation for killing Chin. No jail time.

The torturous legal history is also tough to swallow. A subsequent federal civil rights prosecution found Ebens guilty, and he was sentenced to 25 years. But on appeal, the conviction was overturned, and a second trial ended in acquittal.

And though a civil judgment was won by Chin’s family, Ebens has successfully avoided paying, and the estimate of what is owed to the estate has soared to more than $8 million.

Ebens told me he is sorry in a 2012 interview. But I don’t trust him. I’m not his judge or his confessor. I simply interviewed him. 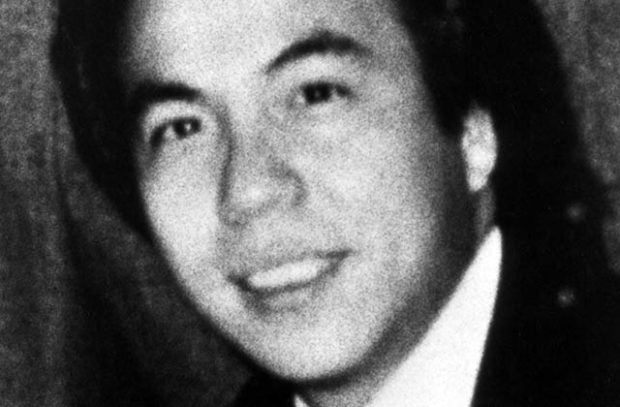 But nor am I his apologist. He still hasn’t paid the Chin estate, and that’s worth our ire. As long as Ebens is alive, he must not forget that we don’t forget.

It’s even more important now to remember, as we find ourselves in an era when no one would be surprised if we saw another Vincent Chin case.

Not when white supremacy and intolerance are on the rise in America…So I hope you took the four days to remember how Vincent Chin was in a coma.

And think about the hate in America then, and now. These aren’t ordinary times. Just look at the other things we’ve had to deal with the last week.

This post is actually y for you wordsmiths familiar with the acronym “snafu.” The first two letters of this two-syllable delight stand for “situation normal.”

The “-afu” portion stands for ” all f—ed up,” a disaster beyond words. If you still need help, think of goods being loaded at a warehouse as being “all trucked up.”

Snafu often is used to refer to an entanglement, sometimes of one’s own making, sometimes beyond one’s control, but always describing a recurring situation that seems to happen all the time. It gets to the point where it’s just the nature of the situation to be so screwed up that everyone just gets used to it.

“Inured” is a nice $50 word to describe it. But add a “j” and make the word “injured” if you happen to be caught up in any part of the situation.

And so this past week is a good one for neologists and coiners of phrase, who urgently see the need to issue a timely update of “snafu” to “tafu.”

“Tafu” is not a newfangled vegetarian protein substitute for those who want less red meat. That would be “tofu.”

No, tafu is my new term for our ongoing political situation, where “T” stands for Trump, of course. (He’d have it no other way. Not only is it on his watch, it’s his doing.) The “-afu” appendage remains the same. Unfortunately.

We’d better get used to it. If you follow the news, things always seem to be “tafu” these days, and will be for the foreseeable future.

This week especially is a tough one. And I feel for Republicans, the party of family values, free trade, and open borders, and…Oops.

That was the old Republican party.

There was once a day when Republicans espoused family values, which usually was just code for being against abortion and having an inordinate allegiance to the unborn.

But I doubt it ever included ripping away children from a migrant parent’s arms.

That’s sort of like a “living abortion.” But then pro-lifers don’t have any problem with the inconsistencies, in general. They are for the death penalty, after all. Just not for fetuses.

We haven’t seen this level of malevolence on a practical level in politics in some time, where the cries are loud and audible–mostly from children and infants as young as nine-months-old. More than 2,300 of them are lost somewhere in bureaucratic America, and not with their parents.

Even in the most hateful days in the ’90s of Prop. 187, when Californians wanted to deny social services to immigrant families, there was still a sense of keeping families together.

And now because he always wants to be like no other president or politician before him, Trump has taken an anti-immigrant stand and made it so extreme and inhumane, even Republicans can’t stand it.

This is plain and simple, tafu. It was so tafu, snafu was no longer adequate.

To prove how tafu it was, when Trump tried to undo the situation, he issued an unnecessary executive order that didn’t address the 2,300 or so kids already entangled in the mess he made. The order also didn’t undo that zero-tolerance policy on border crossing. Zero tolerance, by the way, generally means no or limited justice. It’s the kind of thing you would expect from a man who would be dictator.

Trump’s order espouses a policy that essentially says the family that border crosses together can stay together–in jail. But that flies in the face of current law that currently puts a 20-day limit on children being detained.

Most border cases take anywhere from two to four years by current estimates. Did Trump think that one through? Did he think through any of it?

And then New York Congresswoman Kathleen Rice tells CNN that for many of the children, there is no information connecting them with a parent. No way to link them to their families. What?

And nothing in the executive order resembling a plan?  Simply tafu.

Instead, Trump has blamed Democrats, of course. And then he made numerous statements about how open borders really hurt America.

Funny how open borders used to be the belief of a man who for decades was seen as the standard bearer of conservative America, the ultra-Republican William F. Buckley, who saw open borders as analogous to the need for free trade and free market policies.

That’s what the Republican Party used to stand for, as well as balanced budgets and fiscal restraint. But since Trump, forget it.

Just in the last week, there’s not just talk but action on trade wars, closed borders, and taking children from parents. You can debate the first two.

But the last is undeniably true, disgustingly un-American, and so very much TAFU.

Emil Guillermo is a veteran journalist and commentator. He writes a column for the Inquirer’s North America Bureau. Listen to him on Apple Podcasts. Twitter @emilamok