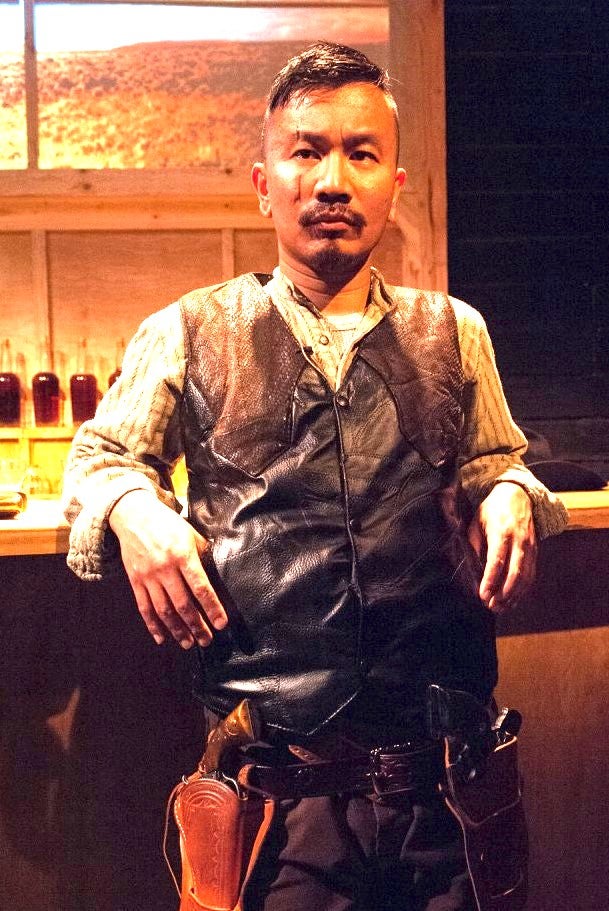 Tagavilla in plays a stranger who arrives in town in “Smoked!” CONTRIBUTED

SEATTLE — Ray Tagavilla gets to play cowboys and playboys on stage. All because he had to repay a favor to a friend back in high school.

When his friend collected on the favor, Tagavilla was asked to audition—though he had never acted before—for a production of “A Midsummer Night’s Dream.” The experience led him to eventually take up drama at University of Washington.

He has since worked with Seattle theater companies such as Northwest Asian American Theatre, Seattle Shakespeare Company, Sound Theater Company and A Contemporary Theater, among others.

Tagavilla is currently in Café Nordo’s “Smoked!,” a spin on Spaghetti Westerns where he plays “an enigmatic stranger who comes to the town of Sauget to stir up some tumbleweeds.”

Founded in 2009, Café Nordo began as a hybrid of pop-up restaurant and underground theater, staging productions and serving meals in venues in different parts of Seattle. It opened its permanent space, Culinarium, in Pioneer Square in 2015.

Tagavilla was an early collaborator of the group, becoming involved in 2010. “My first show with Cafe Nordo was ‘Sauced.’ It was a noir show where I played a bartender who is secretly a private eye. Every show with Nordo has been an absolute blast, they work hard, they play hard.” 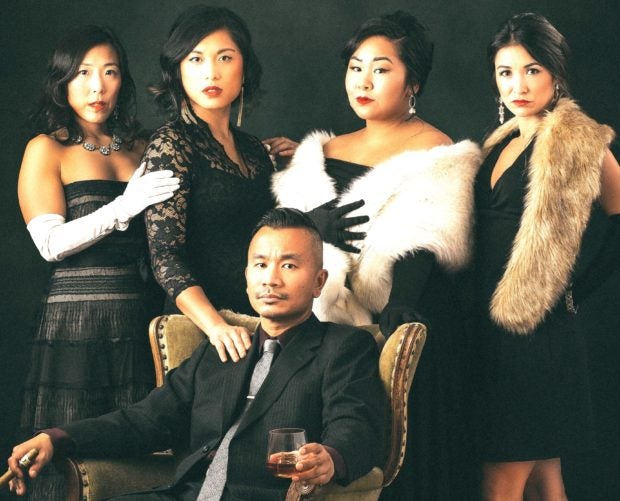 It helps that the work environment—the actors perform in the dining area—allows for some occasional fun (and funny) surprises. In ‘Smoked,’ there is a scene where his character asks the Sheriff if there’s a barber in town.

“A lady that was seated near me shot her hand out and gave me a business card detailing her son’s barber shop. She whispered, ‘You might want to try this.’ I took her card, continued the scene with my co-actor and thanked the lady as I continued towards the bar for the next scene!”

“Smoked!” runs until July 1. Immediately after, he will be part of the cast of Café Nordo’s next production, “Persimmon Nights,” which runs July 12 to 29.

Written by Seayoung Yim, the play is a sultry tale about the rise and fall of a young, brash, handsome, reckless Korean immigrant who owns The Persimmon Grove, a lurid nightclub in the ’60s and ’70s, as he balances two lovers and many debts.

Playing private eyes, cowboys and playboys that are not simply negative stereotypes or inconsequential extras—but fully realized lead or support characters—are opportunities that are not taken for granted by Tagavilla.

“Playing against type has always been something I relish, especially as a Filipino American,” he says. Born in the Philippines, Tagavilla moved to the US with his family when he was seven years old.

He recalls the early years of his career in the city. “When I started here, I didn’t see a lot of other Asian actors. Especially Filipinos, the only other person I would see often was actor Jojo Abaoag.” Ray Tagavilla relishes playing roles that are against type. CONTRIBUTED

“While I had and still do have a lot to learn, I soon had it in my head to show folks that Asians could play anywhere and not always be relegated to what people would call ‘Asian-centric’ or ‘ethnic’ shows.”

“I’ve been incredibly lucky here in Seattle in that I’ve had many opportunities to play roles that aren’t necessarily geared towards people who look like me.”

For “Persimmon Nights” at least, he can enjoy the company of other Asian actors, including two Filipino Americans: Mara Elissa Palma and Sara Porkalob (who is also directing the show).

“The amount of actors-of-color I see nowadays compared to 2001 is absolutely mind blowing and it makes me want to cry, I’m so happy,” he says.

Sara Porkalob is also currently performing “Dragon Mama,” a one-person show (which she also wrote) about her mother’s “queer love in a barren land (Alaska) with a dope ‘90s R&B soundtrack.”

This show is the second of her “Dragon Cycle” trilogy. The first installment was “Dragon Lady,” about her gangster Filipino grandmother who immigrated to the US. The show runs at art venue 18th & Union until June 24. 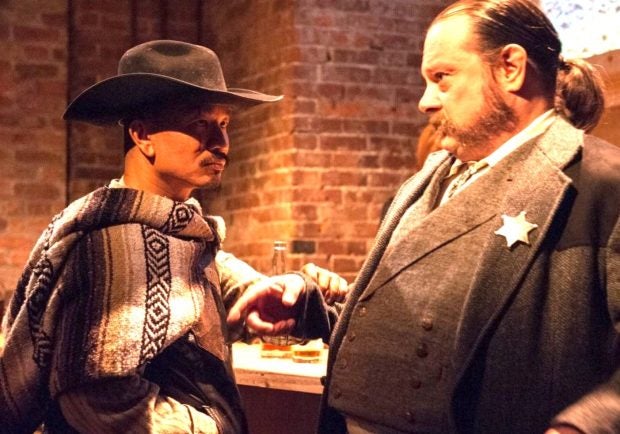 In Café Nordo’s “Smoked!” Tagavilla (left) plays a stranger, seen here in an encounter with the sheriff. CONTRIBUTED

She is also involved with “The Lamplighter,” a musical she is co-creating with Kirsten Helland and Fil-Am composer Justin Huertas about “mothers, daughters, the painful truths of fairy-tales in an ever frightening world, and what would happen if the fate of the world rested in the hands of a little girl.”

The developmental work will be performed as a concert and staged reading at 18th & Union from June 28 to July 1.