NEW YORK—This is the 157thyear since JoséRizal was born on June 19, 1861, in Calamba, then a town, now a city, situated on the edge of Laguna de Bay. A genius and an iconoclast, he bedeviled the Spanish colonial state, particularly through the stinging sharp-edged critiques of his two novels, Noli Me Tangere andEl Filibusterismo.He paid the price when in 1896 he was marched from his dungeon-cell in Fort Santiago to the greensward of Luneta, facing Manila Bay, and there cut down by a firing squad.

Only 35 years of age, Rizal was in the prime of his life. But he lived more fully than most did at or even twice that age.

One would think that by now there would be nothing new to be learned about the First Filipino and his times. But recently, while doing research into Philippine left-wing movements at the time of the United States colonial occupation, I came across the recollections of a young American intellectual and Communist, James S. Allen, who had gone to Manila in the 1930s, to contact the local Communist Party, the Partidong Komunista ng Pilipinas (PKP).

In the course of his stay, he met and befriended Bishop Gregorio Aglipay, military vicar in Emilio Aguinaldo’s revolutionary army during the 1899 Philippine-American War. The good bishop refused to speak English, requiring the need of a translator, his daughter.

The bishop recounted to the young Amerikanohow as a young man he had gone to Manila to study law, and there met JoséRizal. Aglipay was a year older, but Rizal was already a rising star among Manila’s intelligentsia. Apparently, Rizal convinced Aglipay to become a priest.

Per Allen, “He was urged to continue the work of Burgos, Gomez, and Zamora, Filipino priests active in the movement for a secular and Filipino church who were executed in 1872. ‘Our clergy and intellectuals having been terrorized keep silent, and tolerate every kind of humiliation and abuse,’ Rizal pled with the young Ilocano. ‘It is necessary that a man of your energy and virility take up the priesthood to finish the work begun by these martyrs.’”

Gregorio Aglipay did take up the cloth and in 1890 was ordained a Roman Catholic priest in Santa Cruz, Laguna.

With the outbreak of the 1896 Revolution that morphed into the conflict with the U.S., Isabelo de los Reyes, having just founded the Philippine Independent Church, as a counterpart to the Spanish-dominated Roman Catholic hierarchy, offered Aglipay the position of head bishop. Aglipay hesitated, in Allen’s words, ”thinking it possible to retain allegiance to Rome while establishing the hegemony of the Filipino priests”—in other words, the same cause for which the Spanish friars murdered the martyrs of 1872. 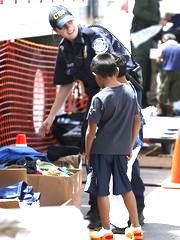 What persuaded him was an attempt by a Jesuit to bribe him, acting on behalf of the Spanish clerics, by offering him a bishopric and a considerable amount of cash. Aglipay turned down the offer, replying that the independent church was being formed not for anyone’s personal fortune but to “vindicate the rights of the Filipino clergy.” Again, Allen:  “‘Father Gregorio, the Jesuit responded, ‘Think of your future and do not trouble yourself about the native clergy who are completely incapable.’ Enraged by these words, the rebel priest aimed a powerful blow across the table at the Jesuit, but missed. He then seized him by the scruff of his neck and shouted, ‘Take back that insult or I’ll break your skull!’ The Jesuit fell on his knees, begging pardon.’ That very same day Father Gregorio decided to accept the position of Obispo Maximo, or Supreme Bishop, of the Philippine Independent Church.”

A favorite exercise of Rizal commentators is to imagine what he would have thought of contemporary Philippine society. I don’t think I’ll surprise anyone by stating that he would have had a lot to say about the current dispensation, not just in Manila but in the United States as well, site of the largest Filipino diaspora. After all, in an 1890 essay “Filipinas dentro de cien anos” (“The Philippines a Century Hence”) he predicted that the United States would play a pivotal role in the archipelago’s future.

He would have had a field day, skewering the colonial pretensions of the brown men and women who look up to Trump, just as he skewered the pretensions of his contemporaries who thought of the Spanish as the crème de la crème.

One of the Noli‘s most memorable characters is the wealthy native Doña Victorina de los Reyes de Espadaña, married to an insipid quack doctor who has the virtue of being a full-blooded Spaniard. A classic case of colonial self-hatred, she identifies with the Spanish while looking down on people of color, such as herself. She adds a “de” to elongate “de Espadaña” so it becomes “dede Espadaña.” To complete her transformation into an object of derision, she applies a ton of makeup (I suspect quite a bit of bleaching cream) and affects a terrible Madrileño accent.

Doña Victorina lives on in those Filipinos today, drooling in their admiration of the racist fraud in the White House and their approval of whatever harebrained scheme he conjures, the border wall being a prime example, and such inhumane and morally reprehensible immigration practice as separating children from their parents at the border. (In this regard, the plight of Sisa in the Noliis instructive, as she goes mad after being separated from her children by the authorities.)

These Filipinos don’t get that the Orange Man doesn’t like them and never will. At least hedoesn’t lose sight of the fact that they are brown.