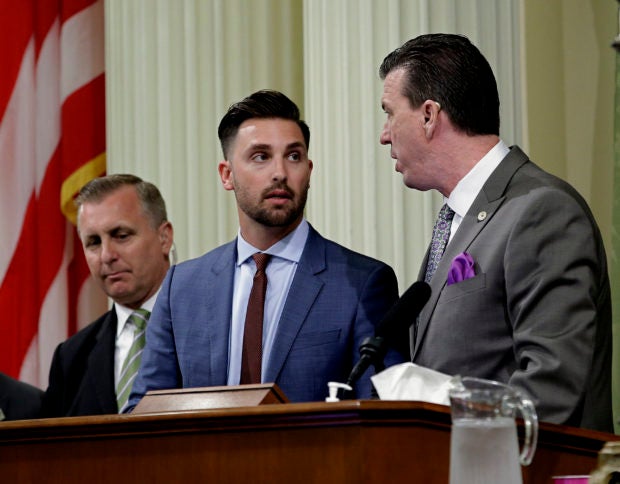 The legislation would require feature film and television projects that apply for the credits, which are assigned based on jobs created, to report diversity statistics to the state and designate people to handle misconduct claims.

The revised tax credit program, worth as much as $330 million a year, would also require applicants to submit their policy prohibiting harassment and retaliation. In addition, major studios would have to report whether they have diversity programs.

“We wanted to be productive in our solution and provide some support in terms of encouraging diversity in Hollywood and we think this will do that,” Bonta said of the change to the credit.

The bill was negotiated as part of the state budget. It was approved Monday by the Assembly and state Senate and now goes to Gov. Jerry Brown, who is expected to sign it. The new version of the program would start in 2020.

Republican Assemblyman James Gallagher of Yuba City, the only lawmaker to vote against the bill, said he didn’t believe it would prevent sexual misconduct because projects would only have to show they have a policy and not prove that they enforce it.

He also said the state shouldn’t single out the politically powerful industry for a tax break.

“I think it really misses Me Too,” he said, referring to the global movement against sexual harassment sparked when dozens of women publicly accused movie producer Harvey Weinstein of rape, assault and harassment. Weinstein has denied the allegations.

To attract jobs and economic activity, more than 30 states give tax breaks to productions. California created its program in 2009 and it has been hailed for keeping productions in the state.

Feature films and television shows apply for the credit before they begin filming. The California Film Commission, the state agency that oversees the program, prioritizes the projects that will generate the most jobs.

HBO’s “Westworld,” for example, planned nearly 300 filming days in California and was approved for nearly $30 million in credits, contingent on meeting the targets in its application.

The film “A Wrinkle in Time” was slated to receive more than $18 million in credits.

The film commission assigns credits based on a production’s “below the line” jobs, including set builders, makeup artists and extras — not the highest profile workers, such as starring actors and directors.

Applicants who receive the tax credit would help fund a program to train people from underrepresented communities to do “below the line” jobs on film sets.

The industry initially expressed reservations about some of the diversity reporting requirements but supported the final version of the bill, Bonta said.

“The high-level concept of wanting more diversity in film, there was always agreement on that,” he said. “How we get there, how it becomes part of the film tax credit, was always a concern.” NVG

George Clooney on diversity in Hollywood: Changes needed in industry, not just Academy