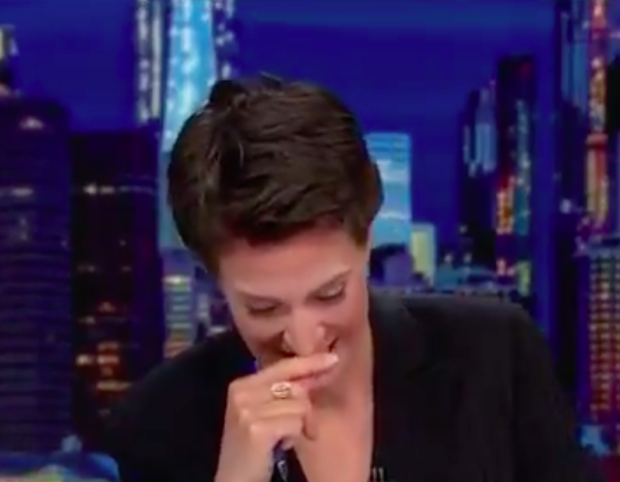 Broadcast journalists are usually known to keep a poker face on television despite reporting on casualties such as hurricanes, typhoons and earthquakes, as well as when delivering news on devastating conflicts like bombings and wars.

But Rachel Maddow, a news anchor at MSNBC, could no longer control herself and broke down on air while reporting about immigrant babies being detained in the United States-Mexico border.

The incident happened on-air Tuesday night, June 19, when Maddow tried to read the report done by the Associated Press to her viewers. The video clip was shared by Justin Baragona on Twitter today, June 20. Baragona is the editor and publisher of the website, “The Contemptor” which specializes in media, culture and political analysis.

“The AP has just broken some new news, this has just come out the Associated Press,” Maddow announced as she looked down to read the report. She then visibly winced at the paper in her hand before saying, “This is incredible…”

“Trump administration officials have been sending babies and other young children…” Maddow tried to say before pausing, obviously in a struggle to read through the first sentence of the report.

She laughed it off and paused for a bit more, before continuing to read the report. “To at least three…” she attempted to say but couldn’t, as she grimaced down on her paper and choked back her tears.

“Put up a graphic of this,” Maddow said, pointing to the camera. “Thank you, do we have it?”

“Three tender age shelters in South Texas…” she struggled through, before choking on her tears again and finally putting the report down.

“I think I’m going to hand this off, ” Maddow said as her voice shook, realizing that she couldn’t go on. “Sorry,” she added before cutting her segment abruptly and passing it off to colleague Lawrence O’Donnell who was reporting live from Texas.

Maddow then turned her body away from the camera and waved her hand as if ready to get up and leave.

Rachel Maddow chokes up and cries on air as she struggles to deliver news that migrant babies and toddlers have been sent to "tender age" shelters pic.twitter.com/O6crm8cvyR

After failing to report on live television Maddow took to her Twitter today, June 20, to apologize for not being able to do her job.

In her tweet, she wrote, “Ugh, I’m sorry. If nothing else, it is my job to actually be able to speak while I’m on TV. What I was trying to do —when I suddenly couldn’t say/do anything — was this lede.”

If nothing else, it is my job to actually be able to speak while I'm on TV.

What I was trying to do — when I suddenly couldn't say/do anything — was read this lede:

Maddow then typed the Associated Press report in a series of tweets for her followers’ benefit.

Condensed, the report said that Trump administration officials have been sending babies and other children forcibly separated from their parents to at least three “tender age” shelters. Meanwhile, medical providers and lawyers who visited the said shelters described the playrooms of crying preschool-age children who were in crisis.

After typing out the report in her tweets, Maddow once more apologized for crying on air.

All from this Associated Press story that broke while I was on the air tonight, but which I was unable to read on the air:https://t.co/2VBLTVxvQq

Again, I apologize for losing it there for a moment. Not the way I intended that to go, not by a mile.

“Again, I apologize for losing it there for a moment,” Maddow said. “Not the way I intended that to go, not by a mile.” JB