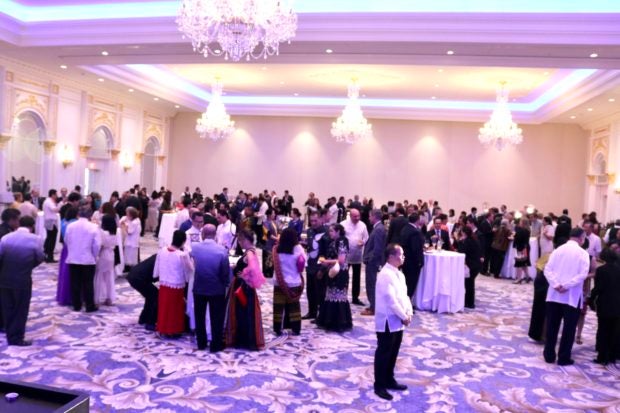 Guests at the reception in honor of the 120th anniversary of the proclamation of Philippine Independence at the Trump International Hotel June 12, 2018. CONTRIBUTED

Addressing about 300 guests last June 12, Philippine Ambassador to the U.S. Jose Manuel “Babe” Romualdez underscored the “strong, extensive and multifaceted” relationship between the Philippines and U.S. that has evolved over the past 70 years into one that is “proactive, reliable, and focused.”

“Our relationship’s best asset is our people-to-people ties,” Romualdez said in his speech. “The U.S. is home to the largest number of Filipinos overseas representing the third largest Asian American community in the U.S. The kinship between Filipinos and Americans is apparent, and I am always gratified to hear comments of appreciation from U.S. senators and congressmen for the skills and contributions of the Filipino-American community in their respective areas,” he added. 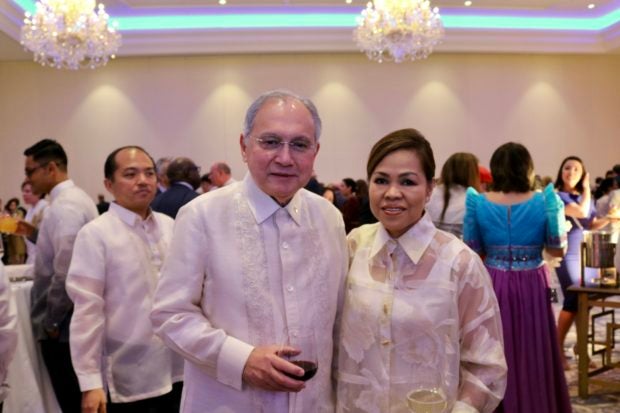 It was the first time for Romualdez to lead the Philippine Independence Day celebration in his capacity as the country’s top diplomat to the U.S., and his choice of venue did not sit well with some members of the community because of perceived lavishness and accusations of pandering to Trump.

Romualdez was unfazed, however, saying that Filipinos deserve to have a venue for the Philippines’ 120th founding anniversary that is synonymous to Filipino greatness.

Defending the decision, Henry Howard, honorary consul in Florida, noted that Trump International has been a venue of choice for National Day celebrations by many embassies even before Trump was elected president.

“I don’t think there’s any credibility to the accusation that the venue is controversial. We are literally a stone’s throw from the White House and the reason we have many of the staff of the White House here tonight is because it’s easy for them to come over here and it’s an excellent idea for Ambassador Romualdez and the Philippine Embassy staff to interface with the most senior levels of the U.S. government as represented by the White House Staff,” he told INQUIRER.net.

For Vice Consul Darell Artates, holding the event at Trump International was worthwhile because “120 years of independence is an achievement and it’s a very special milestone.”

“Here in D.C., we’d like to also promote awareness not only of the Philippines but also of the strong relationship between the Philippines and the U.S. We also would like to share this with our Filipino community and our American partners,” she said. 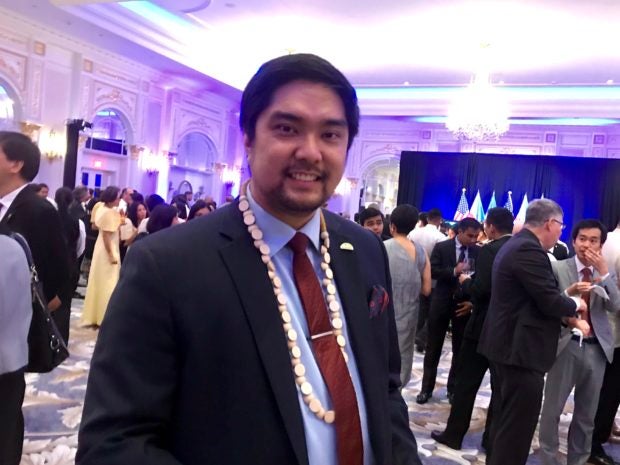 Eric Macalma, CEO of Firestarter, a branding company based in Virginia, also noted that “being American” was part of the community’s celebration. “I think tonight’s event is important regardless of where we are having the event because primarily we are celebrating democracy and we are also celebrating not only being Filipino but also being American,” he said.

“This is our way of celebrating our national day as being celebrated by other countries,” explained Colonel Marlo Guloy, defense attaché at the Philippine embassy. “We’re fortunate to hold it here considering that the U.S. is our longtime ally and our relationship gets stronger every time.”

Brendan Flores, the first millennial president of the National Federation of Filipino American Associations (NaFFAA) who flew in from Florida to join the festivities, said people should pay closer attention to the celebration of Filipino history rather than the venue being associated with Trump.

“Bringing everyone here together and celebrating our culture, our rich history, and the resilience of our people, gets me really excited,” he told INQUIRER.net. 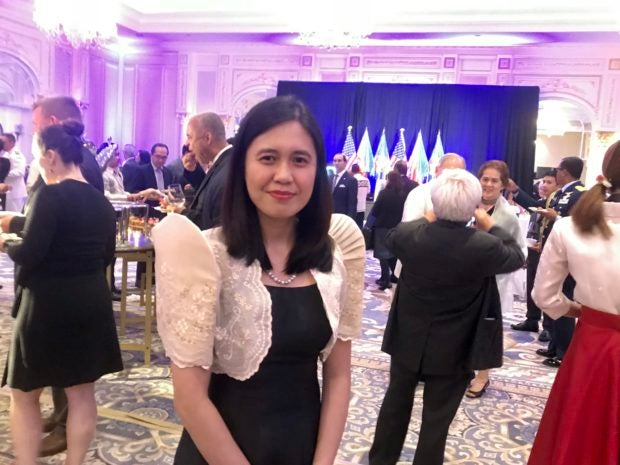 In his brief remarks after the ambassador’s welcome speech, guest of honor Thomas Modly, undersecretary of the U.S. Navy, stressed the importance of friends and allies around the world, saying that “relationships like these are critical to safety, to security and to prosperity.”

“We will continue to do whatever we can do, with my role at the U.S. Navy, to strengthen our relationship,” Modly said.

“True independence is not simply the ability of citizens to exercise freedom of speech, assert their political beliefs and opinions, and enjoy the other fruits of freedom and democracy – but for a nation to be self-reliant, for the people to benefit from economic progress and development, and be liberated from the shackles of poverty,” Romualdez concluded in his speech.