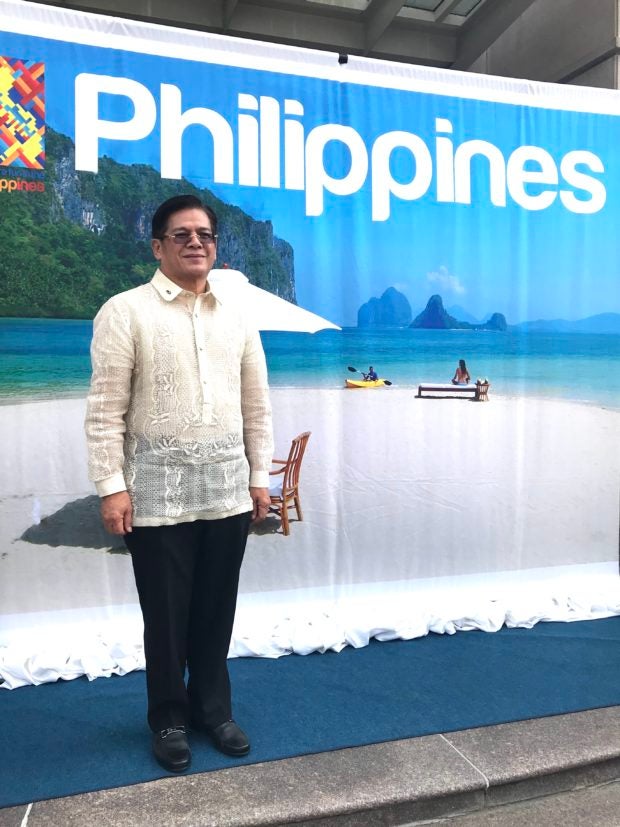 Iloilo City Mayor Jose Espinosa: “This is the very first time that we have integrated a trade mission and a fashion show to entice people to invest in Iloilo City.” INQUIRER/Elton Lugay

WASHINGTON, DC —Mayor Jose Espinosa likes to “strike while the iron is hot” when it comes to promoting the investment opportunities in booming Iloilo City, which is celebrating its golden founding anniversary this year.

“We are not contented with that boom,” Espinosa told INQUIRER.net in an interview June 7 following a fashion show featuring Hablon craftsmanship at the Philippine Embassy here. “This is the very first time that we have integrated a trade mission and a fashion show to entice people to invest back in Iloilo City.”

The city is a vibrant market, location and gateway to agribusiness opportunities in Western Visayas, with Iloilo province serving as the region’s food basket and rice granary. Taking advantage of the spotlight on the Philippines as one of the best countries to invest in, the Iloilo City government is aggressively promoting local opportunities. 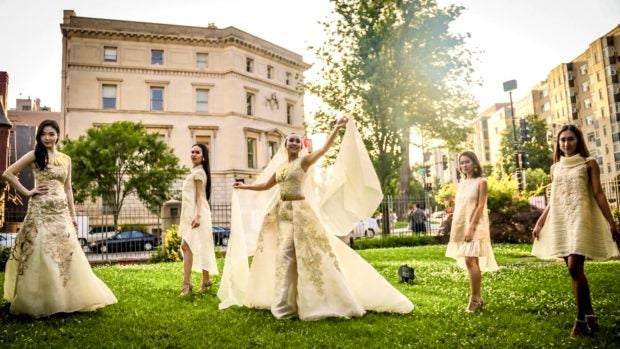 The mayor, first lady Gina Sarabia Espinosa, together with a delegation of Ilonggo businessmen, academic leaders, and other private sector representatives went on a trade mission to New York, Virginia, and Washington, D.C. last week.

The group also participated in the Philippine Independence Day celebration in N.Y. last June 3, where Filipino Americans enjoyed the rousing warrior dance of the winning Ati tribe from this year’s Dinagyang Festival.

“This is a cooperative endeavor between government and private sector,” Espinosa said. “Government has not spent any single centavo [on] this event and we are very thankful to the private sector for the initiative. The response is very positive and we would like to thank our partners here in the United States—the coordinators at the Philippine Embassy led by Ambassador Babe Romualdez and the group in [the] New York consulate headed by Ambassador Claro Cristobal for providing us help from the very start.” The event in D.C. concluded with a panel discussion on the key sectors of Iloilo City and a showcase of Hablon fashion and jewelry by award-winning Ilonggo designers. Hablon refers both to the process of weaving and the finished products. It is a centuries-old industry in Iloilo.

“We are extremely pleased to have featured Iloilo City in Washington, D.C. This is in support of the efforts of the Philippine government in expanding economic growth and opportunities to the regions, and to showcase the diversity and richness of regional heritage,” Philippine Ambassador Babe Romualdez said in a statement.

“Trade missions and investment forum are [usually] only focusing on investment so we thought this time why don’t we do a very holistic approach to this,” revealed Rex Guado, commercial ambassador for trade relations and executive assistant to the mayor of Iloilo City.

“If you’re going to invest in the city, you’re also going to send your workers there. So you’re also going to work, they should also have a chance to improve themselves. So study, if you study you can do creative things, so you can create. And if you’re creating and studying in a city, you can actually live there. And if you’re living in the city, you can grow with the city or you can retire in that city. So those are the seven areas that we’re trying to focus on and promote in this particular trip,” he added. 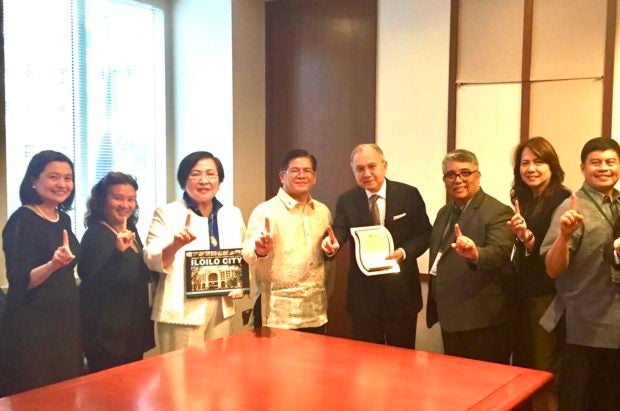 Espinosa is inviting fellow Ilonggos who are now based in the U.S. to invest in Iloilo. “Now is the time to be in Iloilo. Business prospects are good. Living, retiring, working, investing in Iloilo City is now! Now that you made it in the States, it’s about time for you to help your kababayansback in Iloilo City,” he said at the D.C. event.

For Cristina Sison, president of the Philippine American Chamber of Commerce in Washington, D.C., sponsoring the Philippine embassy’s Iloilo City showcase was a way to “see what’s there for the Filipino American businesses and to see what opportunities they can offer to the Philippine business owners in Metro D.C.”

“Me being a Filipino is my way of giving back and to promote entrepreneurship and business opportunities not only in the Metro D.C. area but also getting back [to] your roots,” she told INQUIRER.net.