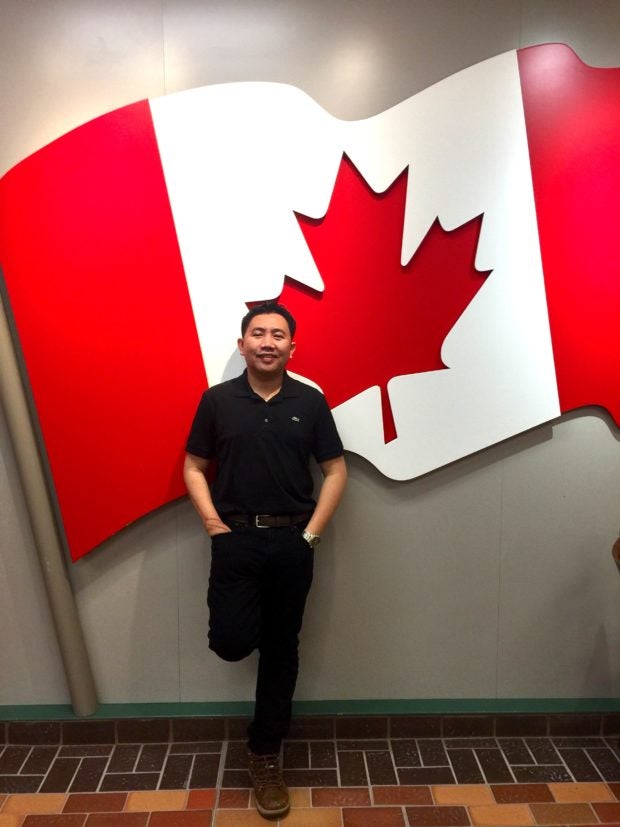 Shooting victim Jaysen Reyes, 30, survived the odds and is now a permanent resident of Canada. CONTRIBUTED

RED DEER, Alberta – Cheers from the Filipino community across the province met the Alberta Government’s recent proclamation of June as the official Philippine Heritage Month, heeding calls from the community to finally recognize Filipino contributions.

The declaration came in time for the June 12 Philippine Independence Day, the 120thanniversary of the nation’s freedom.

As Filipino leaders celebrate the victory, others weigh in on how relevant the declaration would be for the rest of the Filipino community, peoples of color, and the Canadian society.

Love for the motherland wherever they are is what drives Filipinos to celebrate their heritage, said Ericson Dizon, community leader in tourist magnet Banff, Alberta.

“Filipinos are not only known for our hospitality and cheerful attitude, we are also known for our love to our motherland – wherever we find ourselves,” he said.

Dizon heads the Filipino-Canadian Association of Bow Valley and estimates that Filipinos comprise a third of the population in Baff, typically in the guest worker sector of the hospitality industry here. Most gain permanent status.

The declaration of the Philippine Heritage Month signals a bigger responsibility as Filipinos to be part of nation-building in Canada, said Dizon. “This cultural attitude is what we bring and share with our Canadian community,” he added.

There were over 400 Filipinos living in Banff based on the 2016 Statistics Canada census.

The spirit of bayanihanin every Filipino should mark each year’s Philippine Heritage Month, according to Jaysen Reyes, a shooting victim while a foreign worker. He now lives in Canada as a permanent resident.

Reyes, a Bohol-native, was shot at while working a night shift at a gas station in 2013. It took two years for Reyes to recover from his injuries, which included a missing thumb and a finger and damage to his eyesight.

“It is nice to see Filipino leaders in Alberta come together to push for this declaration. It is a living the true spirit of bayanihan,” he said.

Reyes would like to see more Filipinos help each other in times of need, especially those working under the Temporary Foreign Worker program where he started.

“Many Filipino TFWs choose not to reach out for fear they might be a burden. Some are being abused by their employers, some have issues with their health and some no longer have status in Canada,” he said.

He is hoping the Philippine Heritage Month would foster unity, compassion, and cooperation for fellow kababayans.

Reyes gained permanent status in 2017 under the humanitarian and compassionate grounds, with the help of his employer, Parkland Fuel Corporation. He now works as a store clerk at Canadian Tire in Cochrane, some 35 km from Calgary.

University of the Philippines alumna Kristine Bugayong believes it is important that the contributions made by Filipinos in Canadian society are recognized, through the heritage month declaration.

Bugayong, who served as the UP Student Regent in 2001, moved to Canada in 2003 with her younger brother to be reunited with their mother. She is the Chief Executive Officer of the Red Deer and District Community Foundation.

“Filipino migrants in Canada contributed much to the economy, culture and community building, and in the creation of the Canadian mosaic of cultures,” she said.

“Alberta is the proud home to the second-largest Filipino population in the country. For decades, Filipinos have enriched our province with their culture, their languages and their skills. I wish all people of Filipino descent a joyous Philippine Heritage Month and I hope all Albertans share in the festivities,” Notley said in a statement.

Statistics Canada places Alberta as home to some 175,130 Filipinos, or 4.3 percent of its population. Tagalog is the second-most spoken non-official language in the province.