Man poops on another driver during fit of road rage

Man poops on another driver during fit of road rage 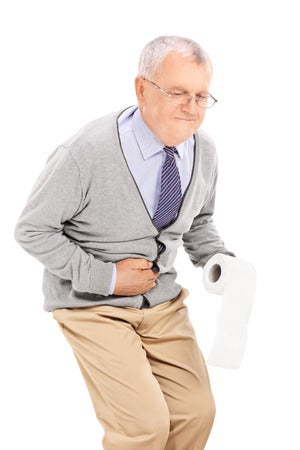 Road rage sometimes involves a physical altercation or even a gun drawn out—so should a man be thankful that he only got pooped on?

Lehigh Valley Live reports that during a confrontation on the road, a man in Pennsylvania defecated on another man’s pant leg, as confirmed by the accused himself.

Henry Weaver, 69, told the news site that he was driving the morning of Friday, June 8, when a car cut him off at the highway Route 309. Weaver gave chase and both vehicles stopped at an intersection.

The two drivers stepped out of their cars and stood close as they argued. Weaver explained that he had a history of irritable bowel syndrome which acted up when he was stressed. In that situation, he got worked up and had to go at that very moment.

Weaver pulled down his pants and turned toward the other driver, taking a dump right on the victim’s pant leg.

“He was right against me. He was right there,” he explained. “He just got me worked up. Something was going to happen. I could have easily missed him if I had turned around but it happened then.”

Weaver was accused of harassment, but a charge has yet to be filed in the district court in Slatington, a borough in Pennsylvania’s Lehigh Country. Niña V. Guno /ra

Would you eat here? Poop-themed restaurants are pretty poopular!