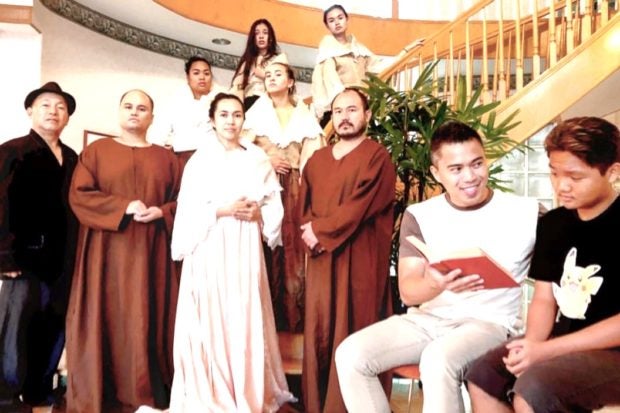 Cast of Honolulu staging of musical adaptation of “Noli Me Tangere.” FACEBOOK

HONOLULU — Ryan Cayabyab’s musical adaptation of “Noli Me Tangere” will be staged at the New Life Theater from June 14 to 16.

The show will be sung in Tagalog but will include English narration and supertitles. Its title is Latin for “touch me not” and its plot is based on the novel by Jose Rizal of the same title.

The story is set in Spanish-colonial era Philippines and involves the lovers Crisostomo Ibarra and Maria Clara and the dark secrets and corruption that threaten their relationship.

The musical’s libretto is by National Artist for Literature Bienvenido Lumbera. Cayabyab also composed the music for the musical “Ang Larawan,” an adaptation of Nick Joaquin’s “A Portrait of the Artist as Filipino” which was recently made into a film directed by former Broadway set designer Loy Arcenas.

Monique Wilson played Maria Clara in the original cast at the Cultural Center of the Philippines (CCP) in the 1990s. This musical version of “Noli Me Tangere” was most recently staged in Los Angeles in 2014, directed by Olga Natividad. 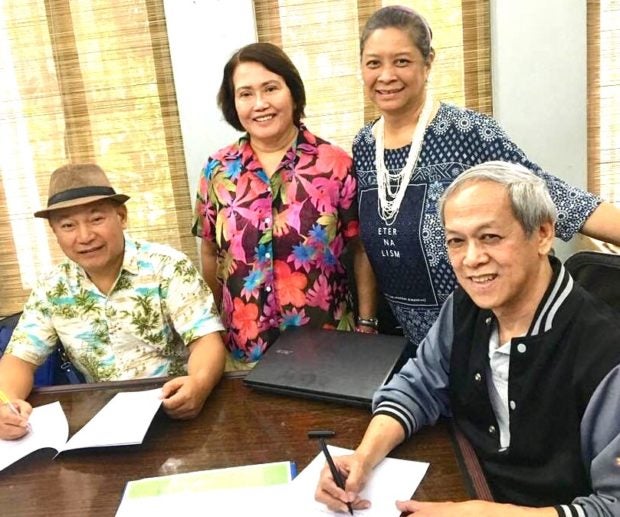 Mark Bautista played Crisostomo Ibarra in a 2011 staging in Manila. He was most recently seen onstage in the US in the Seattle run of “Here Lies Love,” a musical about the life of Imelda Marcos.

In this Honolulu staging, Kristian Lei will essay the role of Maria Clara and Evan D’Angeles will play Crisostomo Ibarra.

Other cast members include Anna Davide as Sisa, Jay Flores as Padre Damaso and Julius Mina as Padre Salvi.

Aside from performing in the show, Lei is also the director and a coproducer. She was approached by Lorna Imperial-Seidel, president of Mid-Atlantic Foundation For Asian Artists (MAFFAA), to mount the production. MAFFAA had previously presented stagings of an opera version of “Noli” in Washington, DC; Richmond, Virginia; and Boston.

Imperial-Seidel acquired the rights to stage the Cayabyab-Lumbera musical from Tanghalang Pilipino, resident theater company at the CCP (not to be confused with Washington, DC-based performing arts group Tanghalang Pilipino ng DC).

Imperial-Seidel says, “‘Noli Me Tangere’ is a unique way to showcase Filipinos’ rich cultural heritage through the arts.”

Evan D’Angeles was most recently in Mosaic Theater Company of DC’s staging of “Paper Dolls,” a musical about Filipino caregivers working in Israel.

He has performed on Broadway (“Miss Saigon” and “Pacific Overtures”), in national tours (“Rent,” “Cats,” and “The 25th Annual Spelling Bee”), and regional theaters (“Hunchback of Notre Dame” and others).

Kristian Lei was born in Cebu and moved to Hawaii with her family when she was still a baby.

After high school, she joined the cast of “Miss Saigon” in Germany. Other theater credits include Ti Moune in “Once on This Island” in Manila, Princess Nala in “Festival of The Lion King” in Hong Kong Disneyland, and Tuptim in “The King and I” in Honolulu.

Aside from her acting career, Lei also teaches voice in Oahu and Hilo.

She is also the founder of Honolulu Broadway Babies and the Joshua Earl Tanjuakio Hegwood Continuing Education and Performing Arts School, a production company that provides performing arts education and programs for developmentally and intellectually disabled members.

Lei says, “The music and voices will touch the hearts of all who experience this concert.”

READ about the 2014 staging of Cayabyab’s “Noli Me Tangere” in Los Angeles here.

READ about the manga (comic book) treatment of “Noli Me Tangere” here.

READ about the film “Ang Larawan”here.