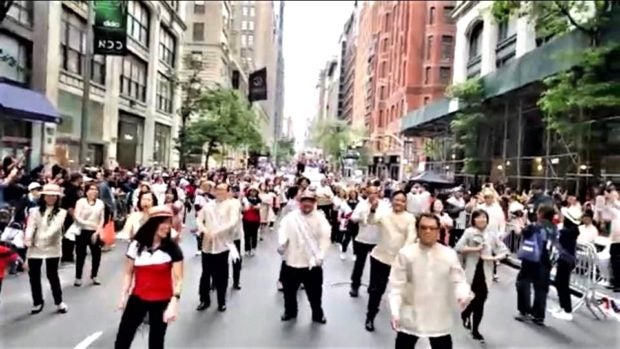 NEW YORK — Philippine diplomats strutted down Madison Avenue in celebration of the 120thanniversary of Philippine Independence. What was started last year by Ambassador Teodoro B. Locsin Jr. and his wife, Louie Locsin, as a dance parade, is now a tradition joined by the Philippine Consulate General of New York, the Philippine Center, and Philippine Mission to the United Nations.

It took a few days of practice, before the Philippine delegates were all set to wow the Manhattan audience with their passion for dancing. Choreographed by Shiran Ybanez to the tune of VST & Co. Sumayaw SumunodFilipino disco hit, the diplomatic corps — from ambassadors and consuls to their staff — brightened New York with a positive Filipino spirit. 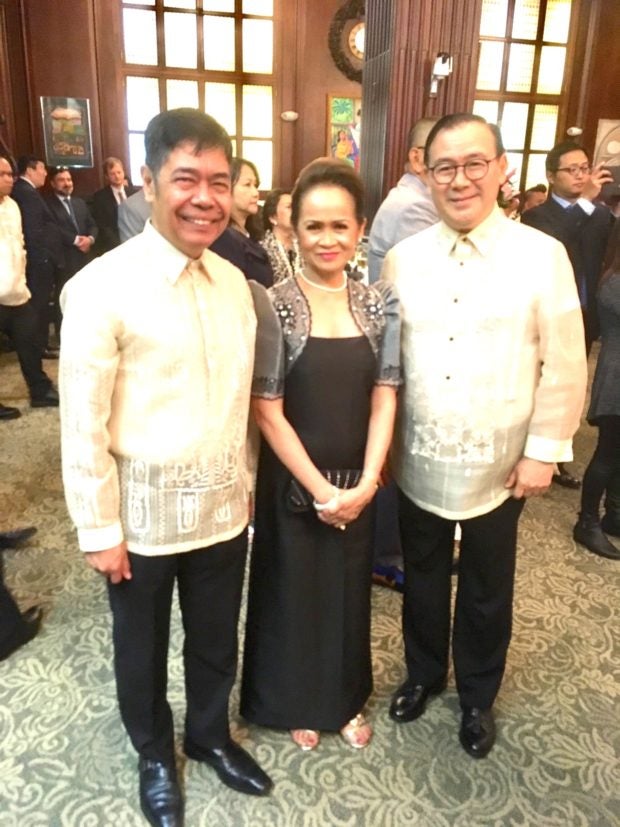 The month of June is being celebrated with festivities featuring Mindanao hinabi fiber curated by Anthony Legarda and Dr. Michael Gonzalez.   Attended by community leaders and diplomatic guests, the event was a journey into the culture of Muslim Filipinos in the southern island of Mindanao. “Weaving Peace and Dreams” presented the art of weaving hinabi fiber exported to the world.

On June 12, traditionally celebrated in the Philippines as Independence Day, the Philippine Consulate General of New York will open its doors and host a reception for Filipinos and foreign guests who worked in partnership with the Philippine government. Media members and corporate sponsors are invited. 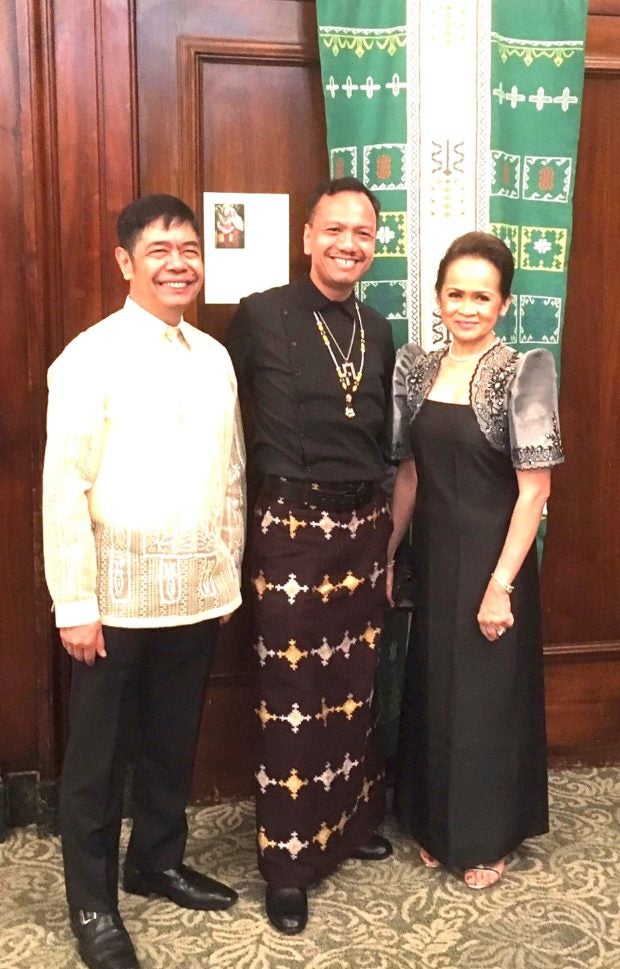 For the first time this year, the parade sponsor PIDCI presented an Honorary Grand Marshal, Amb. Mario Lopez De Leon Jr., past consul-general at New York, along with Grand Marshal Major Restituto Estacio. They were both presented in an evening gala and a Meet & Greet events attended by Filipino Americans of the Northeast.

This year’s celebration attracted a bigger participation under the leadership of PIDCI president Antero Martinez: Dinagyang dancers of Iloilo and Manggahan dancers of Guimaras; the NYPD cops recruiting Filipino Americans to their team; the Philippine Nurses Association offering services; local restaurants offering barbecue and other Filipino foods on 24thStreet. At US $5 per stick of the famous pork barbecue, the lines were endless throughout the day.